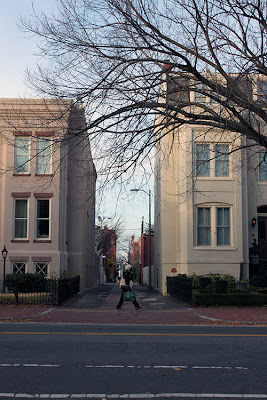 Washington, DC is a city of contrasts. Like most large urban centers, DC encompasses the very wealthy and the very poor; the powerful and the disenfranchised; the descendants of slaveholders and the descendants of slaves. Washington is a city where the political elite of the United States gathers to battle for economic interests and position and it is home to hundreds of thousands of men, women and children who are battling just to make it through the month.

Income inequality and de factoracial segregation is a serious problem throughout the United States, but my experience is that DC suffers from these ills differently from many areas. In Washington, there seems to be very little middle ground between the two main populations that characterize our city. The first group is DC’s native-born population, largely made up of working class or poor African Americans. The other major group is the elite, wealthy, highly educated and mostly white population that has recently relocated to the region to work in a variety of federal programs, non-profit organizations and lobbyist groups. 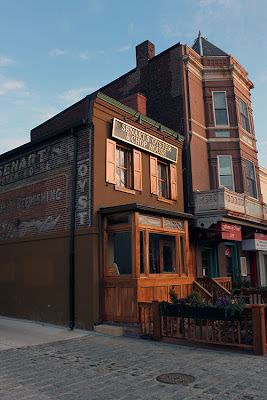 These two populations occupy different physical and social space within the city. There is an invisible line running through DC, dividing East from West. The easternmost neighborhoods of the District are settled mostly by native-born, African American residents. The western regions of the city are largely inhabited by wealthy newcomers.
This racial, economic and cultural dividing line is rapidly moving eastward. While in the 1980s African Americans vastly outnumbered any other ethnic group in the District, black residents now make up only a slim majority of Washingtonians – and it seems likely that even this small edge may be slipping away. As the price of housing has skyrocketed, many longtime DC residents have been forced out of their neighborhoods – pushed farther east as the invisible line dividing our city advances.
There is growing fear that our city does not have room for both groups. Many areas that until recently were bastions of African American residence and culture have become the exclusive reserve of the very wealthy, and mostly white – and many other neighborhoods are headed in the same direction. If current trends continue, there is little doubt that the District of Columbia will soon become a city that is unlivable for anyone without a white-collar, professional income. Most working-class, African American residents may soon be displaced, forced to commute into the city they once called home. 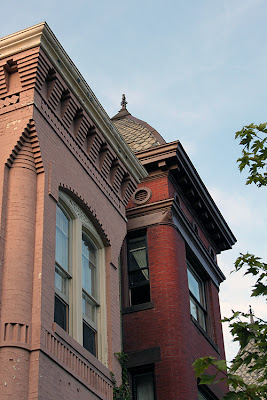 What is my role in all of this? Whether I like it or not, I am a participant in the dynamic of class warfare that is playing out here in my city. I am a homeowner in an area that the last census recorded as being 99% African American. As a white person and a newcomer to the city, it is likely that my family represents the vanguard of a future wave of gentrification and forced removals of lower-income, non-white residents. We chose the home we did because it was located in one of the few areas of the city where we could (barely) afford to buy. It seems ironic that our presence might help fuel a process that makes housing unaffordable for others.

This destructive dynamic of rising prices and displacement is not something that I want to encourage, but I do not see a clear way that I as an individual can participate in a solution. Instead, I mostly just feel sad about it, all the while struggling not to feel defensive when some people suggest that my family – as white, middle-class people – are somehow a plague on DC. We all need a place to live, and I am convinced that God has called me to settle here in DC. What can I do?
I cannot change who I am, nor would I want to. But how can I be an ally to my fellow DC residents who are not of my same ethnicity or class background? As one of the few white residents east of the Anacostia River, how can I participate respectfully in my neighborhood’s civic life without imposing my own norms and expectations? Are there ways that I can work to address structural injustice that is helping to precipitate this situation? What does it look like to be an anti-racist, anti-classist, white, middle-class homeowner in a rapidly-gentrifying city?
Categories Justice
Comments (4)