Blessing my Enemies in Congress

“But to you who are listening I say: Love your enemies, do good to those who hate you, bless those who curse you, pray for those who mistreat you.” – Jesus in Luke 6:27

At the William Penn House, where I live, we take the Washington Post. Every morning, it is waiting for me on the kitchen table, and reading it has become a part of my morning routine. As time as gone on, this has become an increasingly stressful ritual. I have found my blood pressure rising as I read about the refusal of top US leaders to work together for the good of the nation. The present question of the national debt ceiling, and the possibility of the United States defaulting on its loans, has brought into even sharper relief the bitter divisions in our country. It has revealed the 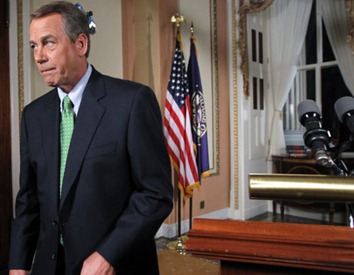 way in which a determined minority can threaten the well-being of the entire nation for selfish ends.

As I sat in front of the Post this morning, I became fully conscious of my anger and bitterness towards members of Congress who are placing my country – and, indeed, the world – in jeopardy for the sake of political grand-standing. I was so angry, I prayed that God would punish those in the government that are willing to sacrifice the livelihoods of the poor and middle classes to uphold the privilege of the super-rich.

I did this in the tradition of the Psalms, which feature many prayers for God to punish wickedness. A good friend of mine calls these the “Get ‘Em, God!” prayers. This morning, I could really relate to the angry psalms.
Yet, as I prayed for vengeance, the Lord called to my attention the words of Deuteronomy, which Paul cites in his letter to the Romans: “It is mine to avenge; I will repay” (1). I sensed these 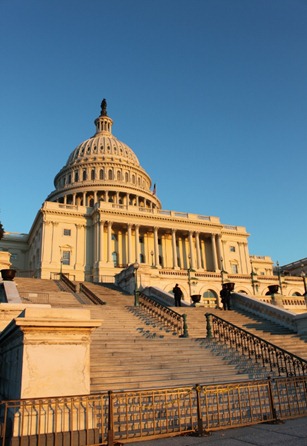 words as a response from God. With them, the Lord asked me: “Have you forgotten your calling and my promise?”

As a disciple of Jesus Christ, my calling is to bless those who curse me and to love my enemies. This morning, I was reminded in a very visceral way that I do have enemies, and while I do believe that the Lord is a God of justice, I also know that Jesus has called me out of the business of setting the world straight. Instead, he calls me into a life of unconditional blessing. I am even called to bless those who are threatening my own well-being, and the security of billions of others.

The God and Father of our Lord Jesus Christ is indeed a God of justice, but as a child of the New Covenant, I am released from the business of settling scores. While I do believe that there are, and will be, consequences for the selfishness and brazen recklessness of our elected officials, these consequences are not mine to dole out. I am not even called to ask for them from God.

I realized this morning that praying for vengeance is just a way for me to try to control a life where I am profoundly not in control. By asking God for vengeance, I am presuming upon a special relationship with God, where I (a righteous man) can call down punishment on sinners. But I am not a righteous man, and my special relationship with God exists only in and through God’s son, Jesus Christ, who suffered and died rather than inflicting vengeance on his enemies. Jesus did not appeal to his Father for vengeance 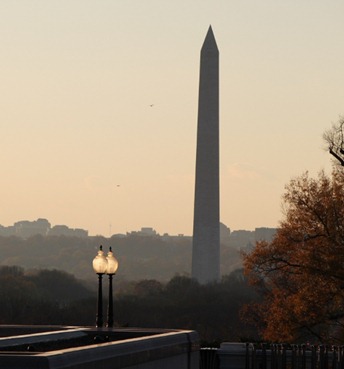 against those who tortured and murdered him. On the contrary, he forgave them even as they nailed him to the cross.(2)

I, on the other hand, am a lot like James and John, who did not yet understand that following Jesus was about receiving cruelty rather than inflicting it. Luke describes how, after being treated rudely by the people in a Samaritan village, the disciples asked Jesus, “‘do you want us to call down fire from heaven to destroy them?’ But Jesus turned and rebuked them.”(3) Jesus did not come to condemn.

John records Jesus explaining that he, “did not come to judge the world, but to save the world.” Instead, Jesus left the final word to his Father, saying, “There is a judge for the one who rejects me and does not accept my words; the very words I have spoken will condemn them at the last day.”(4) There is judgment coming , but it is not for any human – even the son of God – to execute it. Our calling is to bless.(5)

I ask for God’s forgiveness for my failure to love my enemies and bless those who curse. I ask for a heart remade in the image of God and indwelled by Jesus himself. Let me love, Lord, as you love. Let me be a blessing to all, even those who are indifferent to the consequences of their abuse of power. Give me faith to lay aside my desire for vengeance and to give over all power, glory and dominion to you, Lord God Almighty.

1. Deuteronomy 32:35
2. Luke 23:34
3. Luke 9:54-55
4. John 12:47-48
5. I am aware that this is a complicated issue, and that Scripture does say that, “the Lord’s people will judge the world” (1 Corinthians 6:2). Nevertheless, while the Church may have some role in the final judgment, I believe that we as individual Christians in this present age are not entitled to participate in God’s judgment.