This past week, I visited Friends at North Carolina Yearly Meeting (Conservative), held this year at the University of North Carolina in Wilmington. This gathering was a blessed time to share worship and fellowship with Friends from across the South and experience the active movement and teaching of the Holy Spirit in our midst.

I had originally planned to attend the Friends United Meeting Triennial (which, interestingly enough, will be held in Wilmington, Ohio next week!). However, as I began to solidify my summer travel plans, it became clear that God was not calling me to attend the Triennial. As much as I personally thought I should be there, there 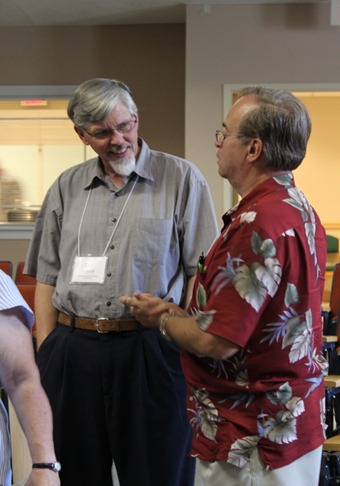 was a heaviness in the idea of making the trip. My sense that God was calling me to lay that trip aside was confirmed by the lightness and peace I felt when I gave up and cancelled my plans.

At first, I thought that the Lord had simply asked me to cancel the trip to the FUM Triennial. Soon, however, I felt clear that I was being asked to undertake another trip instead. I experienced the Lord drawing my heart to Friends in North Carolina Yearly Meeting (Conservative). Though I had not previously considered a visit to North Carolina, the call felt clear and grounded in the love of Christ.

I approached my Monthly Meeting and requested release to travel on this concern. This was granted, as well as being endorsed by my Quarterly Meeting. With the blessing of these Friends in Ohio Yearly Meeting, I undertook the journey as a labor of gospel love.

I am so glad that I yielded to the Lord’s guidance in this matter. My time among Friends in North Carolina was blessed with a deep sense of Christ’s presence in our 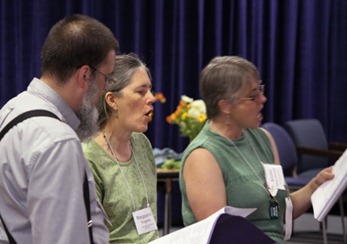 midst. Jesus was present, teaching his people, and I was blessed to take part in the labor.

I also learned a great deal about our spiritual cousins in NCYMc. I saw that we hold many things in common. While we do our business in slightly different ways and have developed slightly different structures, Friends in Ohio and North Carolina are strikingly similar in the way we operate. In both bodies, there is a strong emphasis on expectant waiting and reliance on the present-moment guidance of the Holy Spirit. 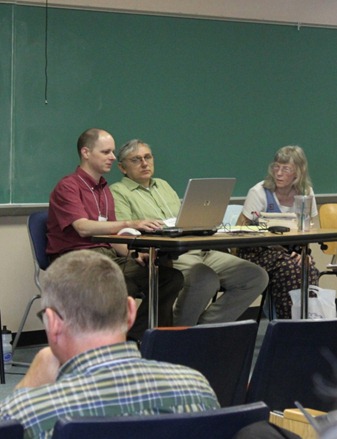 Friends in North America. However, in recent decades, there has been a marked decline in the traveling ministry between the Conservative Yearly Meetings.

In many ways, the living connections between our Yearly Meetings are in danger of being lost. Ever since the emergence of the Conservative Friends tradition, the primary way that we have recognized one another is through the formal exchange of epistles. In continuance of this tradition, the Yearly Meetings in Iowa, North Carolina and Ohio all exchange personalized epistles with one another. Yet, the organic and relational connections between our bodies have become so tenuous that it is no longer clear to many Friends why these epistles are exchanged. One well-meaning Friend in North Carolina last week posed the question of whether NCYMc should adopt the practice of composing only one epistle – “to all Friends everywhere.”

This Friend was not trying to make a negative statement about Friends in Iowa and Ohio. She simply did not understand the deep historical connection between our Yearly Meetings. There were plenty of Friends present, of course, who had more background knowledge, and it was soon explained why the personalized epistles are important. The three Conservative Yearly Meetings will, I suspect, continue to formally correspond for the foreseeable future. But the fact that this question could even be asked speaks to the lack of spiritual and relational unity among Friends in the Conservative tradition.

This trip convinced me that, if we continue down the course we are on as Conservative Friends, our exchange of epistles will soon be a formality – a fiction that masks a lack of real community. I do not 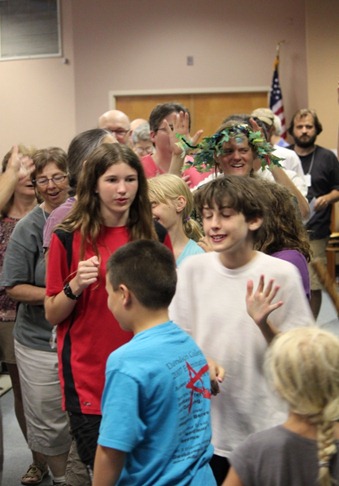 believe it is too late to revitalize these relationships, but it will not happen without care and effort on the part of concerned Friends.

Christ calls us into unity with one another, and I pray that Friends in the Conservative tradition will consider how it is the Lord might be calling us to reach out. I believe that Jesus has a purpose for us as a wider body of Conservative Friends. If we are willing to submit ourselves to one another in his Holy Spirit, I do believe that God could use our witness in fresh and powerful ways.

We were reminded in our worship last week that we are the temple of the living God(1). Just as the Temple in Jerusalem was purified by fire from on high(2), we, too, must be purified and made ready for the work that God has for us. If we will open ourselves to this Fire, the Holy Spirit will heal the pain and indifference that divide us, drawing us together to be a light to the world.