I was pleased to read this post by Matt Hisrich, published today on Earlham School of Religion‘s blog, Learning and Leading. In his post, Matt observes the historical tension between centralized structures and decentralized models for decision-making and governance. He makes the connection that these tensions are equally present in secular government as they are in Quaker polity. Matt concludes by posing the worthy question:

Do different yearly meetings lean in different directions when it comes to centralized or decentralized authority, and is there a connection between the structure of authority and yearly and monthly meeting health?

These are serious questions. We live in a historical moment where centralized authority is increasingly coming under scrutiny. In the United States, and in the wider world, top-down structures of governance are under siege. Everywhere, the mantra seems to be, “down with big government.”

Perhaps unsurprisingly, this decentralizing impulse goes beyond the secular sphere. In the Christian Church, denominational authority 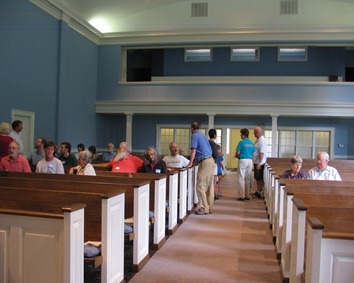 structures are widely questioned. As we move into the post-modern age, Christians no longer want to live under centralized governance structures, but prefer grassroots, congregational polity, where the local church is given primary authority over questions of faith and practice.

Many Meetings in the Liberal-unprogrammed tradition of Friends go so far as to shift authority away from the community entirely. In some modern-day Quaker congregations, the individual is the final authority on almost all matters; the Meeting rarely intervenes in the lives of its members except in the case of gross disruption or criminal behavior.

Michael Sheeran, a Jesuit scholar, wrote an excellent book on the history and present-day practice of Quaker decision-making, 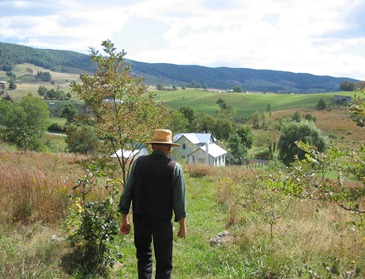 Beyond Majority Rule. In detailing the history of Friends business practice, he explains that in the very early Friends movement, most authority for discernment rested with individuals. There was a belief that each person could do a good job – perhaps even an infallible job – of discerning Christ’s word to them. However, after a number of disastrous, public blunders – particularly the Nayler Incident – Friends began to emphasize the importance of corporate discernment. The local church community became the primary authority for discerning God’s will.

Sheeran goes on to detail that, as persecution increased and Friends across England had urgent need to coordinate their response on the national level, authority shifted quickly to a centralized Yearly Meeting structure. Within a few decades, the national body, centralized in London, became the final arbiter of decisions for Friends in Britain.

Friends in America followed London’s lead, and viewed the Yearly Meeting as the highest authority in decision-making. If a local 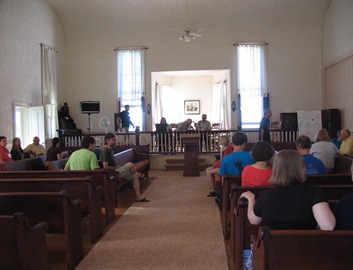 While Jesus Christ, as we know him through his Holy Spirit, is our ultimate authority as the Church, this does not solve the question of how that sovereign authority is received and interpreted by fallible human beings. What person or group do we ultimately trust to discern Christ’s teaching for us today? For the Ranters of George Fox’s day, the individual was the ultimate judge of God’s will. For some today, it is the local Meeting. For others, the ultimate authority for discerning Christ’s guidance is the Yearly Meeting.

I believe that all sources of discernment – individual, congregational and movement-wide, should be considered and taken seriously. 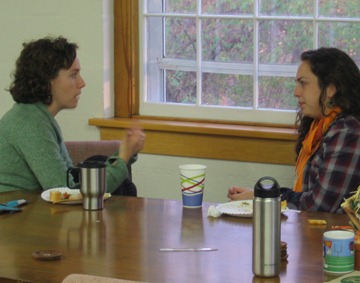 A healthy community of faith is characterized by ongoing dialogue between its more centralized and the more grassroots levels. If we stop listening to the grassroots, we easily miss out on the fresh, prophetic word that Christ wants to deliver to our often stubborn fellowships. On the other hand, if we do not submit ourselves to the wider body, we easily veer off course into heresy or fanaticism. We must remember that we need each other, that we are not whole until we wait together on Christ to teach us.

That is the heart of authority as understood by Friends: Jesus Christ is present to teach us, today. With Jesus as the living Head of his Church, all of us – individuals, local Meetings, and wider structures, will hold together in him. Even when we become confused and fall into division, if we are steadfast in waiting on him, he will lead us into even greater depths of truth, love and unity.