Foreclosure Resistance: An Answer to Prayer

Guard me, O Lord, from the hands of the wicked;
preserve me from violent men,
who have planned to trip up my feet.
The arrogant have hidden a trap for me,
and with cords they have spread a net;
beside the way they have set snares for me.
-Psalm 140:4-5 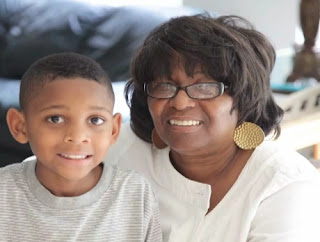 Bertina Jones lives in Bowie, Maryland, in a home that she purchased in 1997. She is a professional accountant and makes a liveable income. However, like millions of Americans, Bertina has been affected by the economic crisis. In 2008 she lost her job of 17 years and fell behind on her mortgage payments. Thankfully, she was able to find work again within several months.

Once Bertina had secured a new job, she contacted Bank of America and asked for a loan modification, and Bank of America eventually consented. The terms of the new agreement included an initial payment of over $12,000, and the reinstatement of regular monthly payments. Bertina paid Bank of America the huge lump sum, and resumed her regular payments. All the papers were signed, and everything seemed to be in order. 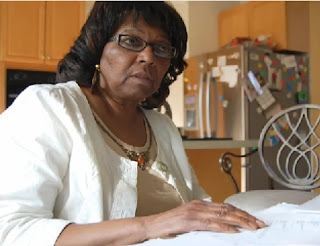 But Bertina’s nightmare had just begun. Though she had done everything that was asked of her, Bank of America repeatedly lost Bertina’s paperwork. Each month, she sent in her monthly mortgage payment, and whatever paperwork Bank of America asked for. Mysteriously, the bank always promptly cashed Bertina’s mortgage check – but they always “lost” her other paperwork. 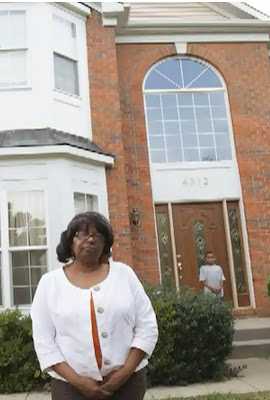 Bertina worked in good faith with Bank of America, dutifully filling out whatever paperwork they demanded from her, but it was always “lost.” Finally, one month, the bank returned her mortgage check to her. They informed her that her loan remodification was no longer valid. Bank of America was going to foreclose.
Bertina soon learned that her house had been put up for auction. Though she makes just enough money to be ineligible for legal aid, Bertina cannot afford a lawyer. She tried to resist the auction of her house, filing the legal paperwork herself. She spent her precious free time in the Annapolis law library, trying to figure out how she might prevent Bank of America from selling off her home, but her efforts were unsuccessful. The auction went through, and her home was sold out from under her.
I know that the Lord will maintain the cause of the afflicted,
and will execute justice for the needy.
Surely the righteous shall give thanks to your name;
the upright shall dwell in your presence.
-Psalm 140:12-13 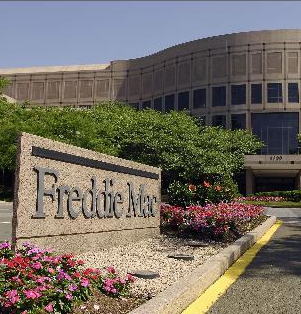 Today, Bertina’s home is owned by Freddie Mac, an enormous, government-sponsored mortgage bank. While an eviction notice has not yet been issued, it could come any day. Bertina lives each day under the shadow of eviction, the possibility that the corporations that have already taken so much will rob her of everything she has left.

Bertina has worked hard her whole life. As a single mom, she has struggled in ways that many of us can only imagine to raise her family. Today, she is nurturing her adult children and their families, even while continuing to work as an accountant. Her home represents her life’s work. And as Bertina nears retirement, it also represents a possibility of aging with dignity. Everything is at stake.
Apparently out of options, all Bertina has left is prayer.
We’re not about to lose my home. I’m believing in God, to tell you the truth. – Bertina Jones
But God is responsive to the prayers of the oppressed. In recent days, Occupy Our Homes DC has partnered with Bertina to resist eviction and seek a just conclusion to this shameful chain of events. Bringing together citizen activists from across the DC metro area, we are standing together to ensure that Bertina is able to stay in her home. 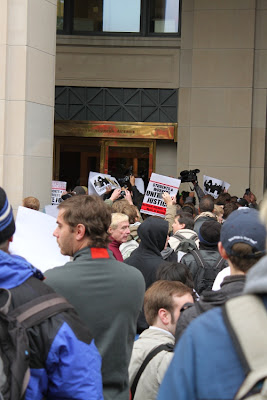 The Occupy Church movement is throwing its weight behind the effort to resist unjust foreclosure. In some small way, we are seeking to be an answer to Bertina’s prayers – to become a concrete expression of God’s love for the poor, and for those who are having their lives torn apart by entrenched, systematized greed.
We are learning to put flesh and bone on our prayers. We are praying with our eyes, really seeing the damage that predatory banks are doing. We are praying with our lips, bearing witness to the way in which mechanized corporate greed is stealing people’s homes out from under them. We are praying with our feet, rallying to draw attention to Bertina’s situation – and, by extension, the suffering of thousands of families who are in a similar spot. We are praying with our whole bodies, preparing ourselves for the possibility that we may be called to physically stand in the way of this unjust order, defying the legalized theft of Bertina’s home.
How is God calling us to stand with those who are being exploited and marginalized by our economic systems? How can we be faithful to the mission of Jesus, who preaches good news for the poor, liberation of those in bondage and the forgiveness of debt? Do we hear the Spirit’s invitation to convert our prayers into action, demonstrating God’s love and justice in the world?
Categories Justice
Comments (2)