The internet is abuzz with news of Rob Bell‘s forthcoming book, Love Wins, in which it appears that Bell will refute traditional Calvinist teachings on heaven and hell. Based on a recently released 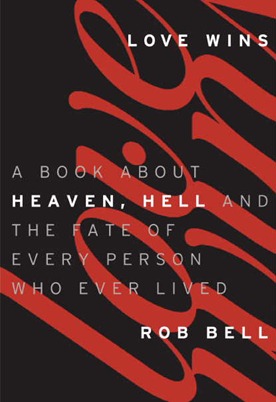 promotional video for the book, it seems fair to conclude that Bell probably doesn’t believe that God has preordained the damnation of billions of non-Christians. By Calvinist standards, this would make him a universalist – and many big names in neo-Calvinism are ready to cast him into outer darkness.(1)

But before we start talking about what it would mean for Rob Bell to be a universalist, we need to take a step back. Definitions. What is Christian Universalism? Among Quakers, “universalism” is often used to mean a belief in the transcendental equivalence of all religions: “All roads lead to the top of the mountain.” Radical universalism, as is sometimes found among the Liberal branch(2) of the Quaker denominational family, rests on the premise that all religious perspectives are simultaneously valid and yet incomplete. There is a general sense that human beings are innately good, and that all religions present legitimate paths to enlightenment and/or the Divine. 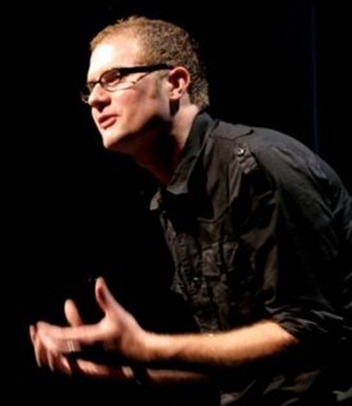 victory as including even one person writhing in eternal torment, alienated from God.

In the mind of the Christian universalist, the existence of eternal separation from God would represent a less-than-complete victory of the Lamb. Christian Universalism looks forward to the complete reconciliation of all things and all people to God through Jesus Christ – even if it takes a very long time. There are a variety of nuanced Christian Universalist perspectives, as a little bit of research will reveal.(3) But the basic idea is simple: The eternal alienation of anyone from God would represent a less-than-complete victory for the love and self-sacrifice of Jesus.

With this very brief explanation in mind, I want to examine a question that has been on my mind for quite some time, long before Rob Bell announced his new book. The question is: Is Christian Universalism heretical?

Most of us haven’t been called to read lengthy volumes on Church history and theology, so definitions are once again in order. In popular usage, “heresy” is often used as a shorthand for teachings that religious authorities consider wrong. However, when I ask whether Rob Bell is heretical for (possibly) holding Christian universalist views, I am not simply asking whether he holds erroneous views. I am asking if Christian Universalism fundamentally undermines the Christian faith.

This is a live question for me, because – truth be told – I like the idea of Christian Universalism. While I believe that God has given human beings the free will to accept or reject God’s love, it is horrible for me to contemplate any of God’s children being eternally separated from right relationship with their Creator. I know from personal 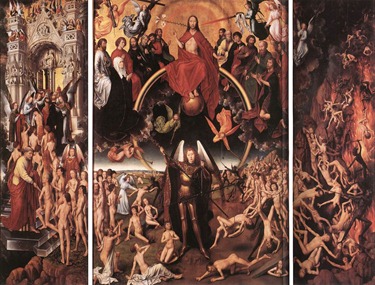 experience that hell exists in this life, and it may well exist in the afterlife, too.

But eternal hell? That is a tough pill for me to swallow. In fact, it is precisely the majority of the Church’s teaching on damnation that led me to reject Christianity as a teenager. I was terrified of dying in sin and being condemned to eternal, unimaginable punishment. One thing I can certainly agree with Rob Bell on: No one should be told that the Good News is that “Jesus died to save us from God.”

And yet, I still ask the question: Is Christian Universalism heretical? Does the insistence that God will save every person – whether they like it or not – undermine the Christian faith? As we think about this question together, let me share some major heresies that confronted the early Church. One, called Arianism, was the idea that Jesus is a creation of God – not God himself. Another, called Docetism, claimed that Jesus was not human at all, his apparently human form being a mere garment that concealed his deity. Another early heresy was Modalism, which held that the Father, Son and Holy Spirit were three different “modes” in which God operates. Opposite this, there were a number of thinkers who were accused 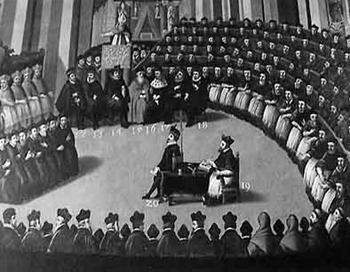 of “Tritheism,” or the idea that the Father, Son and Holy Spirit are actually three separate deities.

Heresies often come in pairs, each one making a diametrically opposed claim to the other. One thing that these heresies have in common is that they break the dynamic tension that is present in our faith. Is Jesus human or divine? Is reality material or spiritual? Is salvation through works or grace? Is God One or Three? At the end of the day, we must accept both as being somehow simultaneously true. Faced with paradox, the orthodox Christian must humbly confess, “I do not understand, but I affirm the God of these mysteries!”

Does Christian Universalism break the paradox? Does it violate the mystery? Does it impose human understanding on that which we are unable to comprehend? I pray that the Holy Spirit will tender the teachers and theologians of the Church to hear clearly the voice of Christ in our midst, and to respond with humility, patience and love.

1. For more on this, read: Thoughts About Rob Bell, John Piper and Justin Taylor

2. For more information about the family of churches and faith communities that have emerged from the early Friends, take a look at the Brief Introduction to Quakerism on QuakerMaps.com

3. In fact, the teachings of the early Friends could be considered Christian Universalist in the broadest possible sense: George Fox and the Valiant Sixty believed that Jesus Christ was universally available to all people, through the power of the Holy Spirit. Nevertheless, the early Friends did believe that some would reject Christ’s “day of visitation” and suffer spiritual death as a result.