On Our Knees With Cornelius

At Capitol Hill Friends, we meet together on the second and fourth Wednesdays to enjoy a meal, read and discuss a passage of Scripture, sing songs, and experience an hour of open worship – waiting on Christ to come and teach us himself. This week, the Scripture reading was Acts 10, which details the conversion of Cornelius.

From Soldier to Disciple


Cornelius was a Roman Centurion, commander of a hundred men in the armies that brutally occupied Judea at that time. He was 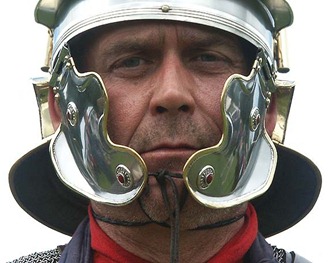 certainly a man to be respected and feared – not only by his men, but by the local Jewish population. And yet, Cornelius was a God-fearer: He was a gentile who believed in one God and observed some of the Jewish customs, but he was uncircumcised – not a Jew. Unwilling or unable to accept the high standards – and physical mutilation – of the Jewish law, Cornelius must have believed that he was forever barred from acceptance by the people of God. For all his power and status as a Roman officer, and for all his devotion and prayer, there was an insuperable barrier between him and his Creator.

And yet, Cornelius did love the Lord. He longed after relationship with God, praying daily and giving alms to the poor, as was Jewish custom. It is during his prayers one day that an angel of the Lord appears to him. The angel tells him that his, “prayers and gifts to the poor have come up as a memorial offering before God,” and he instructs Cornelius to send men to Joppa to retrieve Peter, who was staying with Simon the tanner, beside the sea.


It is significant that Simon was a tanner. Tanners were ritually unclean under the Jewish law, as they handled animal carcasses as a part of their profession. Furthermore, the process of tanning hides was dirty, stinky business, and it is no wonder that he would live on the outskirts of Joppa – by the sea. Nevertheless, Peter believed that Jesus Christ had the power to make Simon clean. Even though Simon was untouchable under Jewish regulations, Peter stayed with him in his stinky shack by the sea.

Peter had come to accept that Jesus could make any Jew acceptable in God’s sight, even one who was ritually unclean like Simon. But there were still definite limits to Peter’s conceptions of Christ’s power. Peter still felt that he was a good Jew, a clean man, and Peter balks when God sends him a vision, commanding him to personally violate the Jewish purity laws. 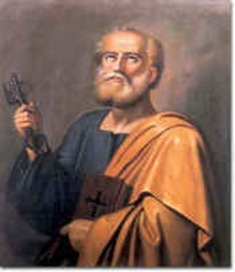 I can hear Peter now: “Wait a minute, Lord. It’s one thing to ask me to stay with this dirty tanner – but you can’t seriously expect me to break kosher!” But God was serious – so serious, in fact, that soon eating some creepy crawlies would be the least of Peter’s worries. When a Roman soldier and servants arrive in Joppa, Peter is shaken up enough that he obeys the Spirit’s command: He accompanies them to Caesarea, to the home of Cornelius.

When Peter arrives at Cornelius’ home – which I am sure was much nicer than Simon’s place – his host greets him by falling to his knees in reverence. After getting him back on his feet, Peter reminds Cornelius that he normally would not even make this visit – Jews don’t visit non-Jews; it just isn’t done. But Peter knows God is behind this, even if he does not like it, and he obeyed. When Peter asks Cornelius why he wanted to speak with him, Cornelius shares about his encounter with the angel, and gives Peter perhaps the best invitation ever for evangelism: “…We are all here in the presence of God to listen to everything the Lord has commanded you to tell us.”

The Dividing Wall Comes Down


Finally, Peter gets it. God is inviting Gentiles to become part of the people of God! Even after the startling vision that God sent to Peter earlier in the day, I doubt he was convinced; to accept an uncircumcised Roman as a member of God’s household was still too much for Peter. But now, standing in the presence of this upright, God-fearing Gentile, God changes Peter’s heart. 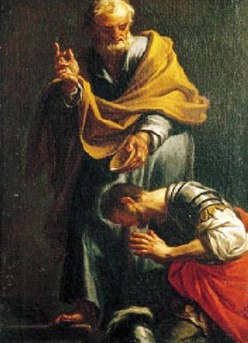 Peter preaches the good news of Jesus Christ to Cornelius and his household, and while he is still speaking the Holy Spirit descends on the gathered meeting. To Peter’s astonishment, those present began to speak in tongues and praise God. Peter’s world is turned upside down. No one can call unclean what God has made clean. The Centurion and his household – already baptized by the Holy Spirit – are baptized with water and become brothers and sisters in Christ with the Jewish Christians.

Humbled and United in Christ


The story of Cornelius demonstrates how the power of God can overcome those traditions in our society that wall us off from one another, hindering the flow of God’s love and justice. This story is particularly powerful in how it shows the power of the Holy Spirit to humble all of us, regardless of on which side of the dividing wall we stand. Acts 10 is just as much a story of the conversion of Peter as it is of Cornelius. Cornelius and his household undoubtedly underwent a great change as the Spirit descended and they became sons and daughters of God; this was a life-altering event that echoes through eternity. Nevertheless, the conversion of this Roman Centurion was an outgrowth of the faithful seeking and moral integrity that he demonstrated for many years before his encounter with the angel. Cornelius had gone as far as he knew how to go under the law, and God met him in his weakness and humility, drawing him near by the blood of Christ.

Peter’s change was in many ways harder. While Cornelius was well-aware of his own separation from the God of Jacob, Peter could probably trace his ancestry back to the patriarchs. He had grown up following all the rules, secure in the knowledge of his special status as a Jew. In order to respond to the new thing that God had done in Jesus, Peter had to overcome his entire upbringing, which told him that the Jews were a nation apart, forever separate. He had to discover that Christ’s grace is universal, available to all people, and uniting everyone in one love and life. 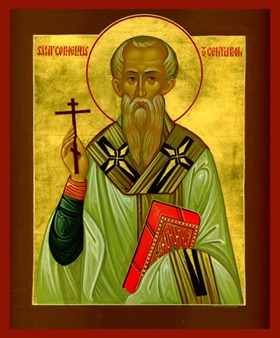 When Cornelius knelt before Peter, Peter knew that he was unworthy of such veneration. Cornelius made him so uncomfortable with his reverence that Peter was forced to acknowledge their spiritual equality: “Stand up, I am just a man myself.” Cornelius, in his demonstration of faithfulness and Christ-like humility, opened the way for a reconciliation between Jew and Gentile. Peter was set apart by birth as an observant Jew, and he was personally chosen by Jesus himself – the rock upon which Christ would build his Church. Yet, none of this made him any better than an unclean Gentile who sought earnestly after God. Peter had to embrace that which the Holy Spirit blessed, though it toppled his whole worldview.


We at Capitol Hill Friends have been like both Cornelius and Peter. All of us at some time or another have felt beyond the scope of God’s love; we have felt unable measure up to the holy, God-fearing lives we feel called to. At the same time, each of us has had moments when we judged others, deciding for ourselves that another person or group was beyond our concern, outside of our responsibility and love. And yet, the Holy Spirit can overcome all of our feelings of unworthiness and judgment of others. The rule-defying love of Jesus humbles and embraces us all as we come to acknowledge his lordship in our life as a community. Through his living presence, we become one people, despite all our differences.

The road that we are called to walk together will not be easy. When we are in the condition of Cornelius, we will be called to change as we come out of the law that condemns us and into the beautiful grace and forgiveness of Jesus Christ. In those times that we find ourselves in the condition of Peter, we will be prompted by the Spirit to let go of our spiritual pride and selfish hording of God’s love. Jesus stands at the door and knocks: He longs to embrace us, if only we will humble ourselves and open the door. I pray that we may be like Cornelius, who worshiped God despite his profound sense of unworthiness and separation. Lord, let us be like Peter, who allowed his spiritual pride to be nailed to the cross of Christ. Help us to live into a radical life of love and freedom in Christ’s Kingdom, though we know it will turn our lives upside down.