During my studies at Earlham School of Religion, I was part of an intentional Christian community called Renaissance House, located in an impoverished area of Richmond, Indiana. There were five of us living there: The house’s founder, me, and three other men, each of whom had physical or mental disabilities. We had an open door policy, inviting folks from the neighborhood to stop by and visit with us. Three nights a week, we hosted community meals, inviting folks from the neighborhood, and our friends from around town, to come and have dinner together. 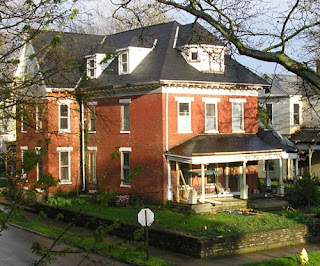 These dinners were an amazing demonstration of what Christ’s table looks like. A normal Wednesday night dinner at Renaissance House included seminary students and professors, area businessmen, the homeless, the mentally ill and physically handicapped. It included the young and the old, the middle class and the poor.

I was deeply affected by my experience at Renaissance House. The depths of community at Renaissance House were profound. We experienced the good, the bad and the ugly of life in community. It was beautiful. We relied on one another, chopping wood, remodeling homes, serving food and gathering around the Scriptures as a little church of misfits and outcasts. 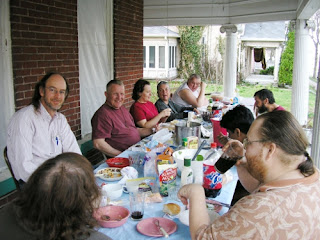 The heart of Renaissance House was our commitment to being radically available to one another. We were not primarily concerned with advancing our careers or “getting ahead” in the world. Our main focus was caring for one another, sharing the gospel and breaking bread together. We bore one another’s burdens and spent hours together every day. We prayed together.

Not everything was ideal. Life at the Renaissance House was very challenging much of the time. We were living on the edge in many respects, and the community was so intense that we had to work constantly on our interpersonal relationships. This was not always easy, and there were some pretty spectacular blow-ups while I was there. Nevertheless, on balance, these challenges seemed healthy. Though we were often uncomfortable and struggled with our human weaknesses, it felt like we were growing together in the Lord. 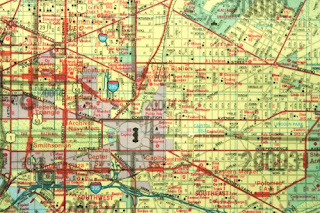 I wonder increasingly whether this kind of community might be possible here in Washington, DC. There are a lot of challenges here that we did not face in Richmond, Indiana. The biggest of these is the sheer cost of living. Unlike in Richmond, where houses were available in the low 10,000s, the DC housing market is intense. Life in general is more expensive here. Even living on the margins requires a serious income. Is there room in DC for the kind of radical Christian community that I experienced at Renaissance House?

I feel certain that there is. After all, just decades after Jesus’ death and resurrection, Paul was writing to an established church in Rome. Life must have been difficult for the Roman church, living in the capital city of the pagan empire that ruled almost the entire known world. They were surrounded by a society that worshipped imperial power and reveled in the luxury that the might of Caesar provided. 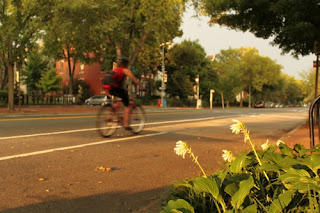 The Church in Rome must have had a particular role to play in bearing witness to Jesus and his Upside-Down Empire – an empire of love and justice that stood in contrast to the selfishness and violence of the wider culture. I believe that there is need for such a witness today in the new Rome. In a city that is so weighted down by the narrative of domination, power struggles and abusive privilege, there is a need for an alternative story.

Here on Capitol Hill, we witness the ways in which the narrative of Empire is expressed in the feverish scramble for control and power over others. This anti-gospel is a tangible reality in the offices of the many organizations that seek to gain influence here. In the face of this very real darkness, there is need for another story to be told, embraced and lived out. It is the story of a little baby who is born in a back alley, the Savior of the world. It is the story of the Messiah, tortured and executed by the imperial authorities for challenging the narrative of privilege and domination. It is the story of a community that serves a Risen Lord and is led by the Holy Spirit – a Spirit that reveals the falsehood of human empires and invites us into a life of sacrificial love and siblinghood. 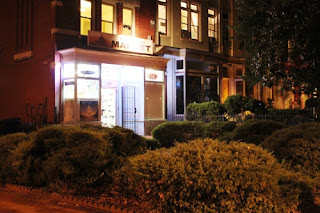 I believe that there is a call for such communities here in Washington, DC. Despite the challenges that we face as residents in a wealthy center of imperial power, God is calling us to set aside our fear and our need for control. God is inviting us to live as the Body of Christ, not in a metaphorical sense, nor in a merely “spiritual” sense, but concretely. We are called into life together as a community, a life of mutual care and shared suffering for the Truth.

Surrender to Jesus in community will come in small, practical ways. We may be asked to surrender habits that upset our brothers and sisters. We may be asked to forgo career advancement that conflicts with the needs and mission of the community. We will most certainly be asked to give up some of the mobility that our present society so highly prizes. 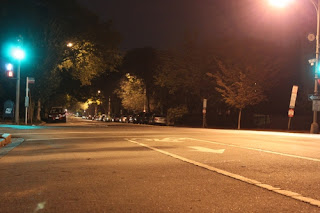 During my time at Renaissance House, I learned that true Christian community is not a theoretical question. We can have all the right ideas about God and still fail to step out in faith. The Body of Christ only becomes a reality when we are willing to surrender control and live in community guided by the living presence of Jesus.

Are we willing to let go and become a part of something greater? Are we ready for a life more grounded in community? It will be hard to let go of the individual freedom that the wider culture so cherishes. But the reward that we are promised is so much greater – the abundant life that we receive as we live into God’s purpose for us.