As we re-examine what it means to be the Church in a post-modern, post-Christendom context, one important tradition that 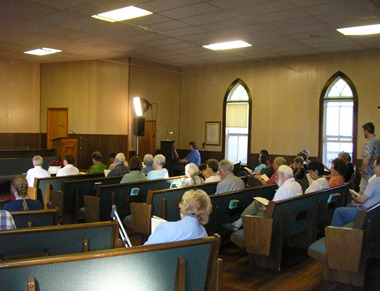 bears a fresh look is that of church membership. Membership has changed a lot over the centuries. In the early Church, membership was a result of a long process of initiation and sacrifice. Membership meant real risk – socially and economically – and even carried the possibility of public torture and death.

Things changed markedly with the Protestant Reformation in the fourteenth century. Suddenly, there were a variety of competing groups, all claiming to be the true Church. To add to this uproar, new sects such as the Anabaptists (and, later, Quakers) insisted that membership in the Church could not be conferred at infancy; instead, they claimed, each person must make a personal decision for Christ as an adult. In many places, particularly in areas strongly influenced by Arminian thought, membership in the Christian Church was no longer only a question of birth or culture; instead, it had become a personal choice.

In the centuries since the Reformation, western society has becoming increasingly focused on the rights of the individual as 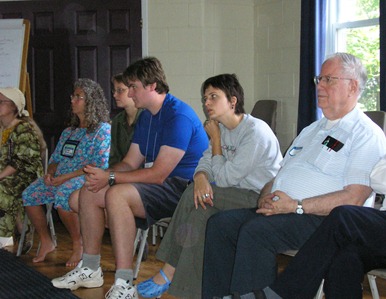 opposed to the rights of the community, and human happiness has come to be understood largely in terms of individual prosperity and freedom. As materialism has grown ever more pervasive in the West, the way we understand membership in the Church has become correspondingly consumerist. It is common for people today to speak of “church-shopping,” and membership in a congregation is often thought of primarily in terms of what benefits – material, social and spiritual – the individual receives from the congregation. In our present culture, the Church is at grave risk of becoming yet another commodity to be hawked in the consumer-driven marketplace.

Many congregations and denominations have begun to think in these ways explicitly, speaking openly about “market share” and mounting business-style advertising campaigns. Faith in Jesus Christ becomes something that we need to “sell” to others, and the Church becomes a product to be marketed. We have been so deeply influenced by our society’s materialistic individualism that we often treat Jesus as no different from Coca-Cola or the latest fad diet. We sell the Body of Christ.

Clearly, in this environment, we need to rethink membership and what it means for us as missional Quaker communities today. How 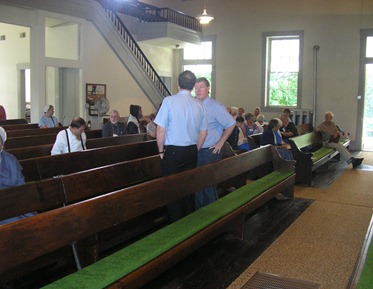 do we respond to the consumer-driven model that has infected even the idea of church membership? How do we reclaim the tradition of membership in the Church as being part of the Body of Christ, part of a radical community of those who are committed to serving God and neighbor together? Instead of continuing down the road of deadening self-gratification, how do we once again place mission at the heart of our life as the Church?

Earlier this week, I read Scott Wells’ post, “Renewable Church Membership?,” and I was reminded of the opportunity we have to think radically about what it means to belong to a congregation. The way have done membership in recent years is not set in stone, and there is no reason we cannot do things differently, as the Lord leads us in our present context. I was particularly impressed with Scott’s willingness to look at how membership might be considered as an ongoing, mutual commitment between the congregation and the individual. So often today, membership in our churches can become almost meaningless. I know of many Meetings where the majority of the “membership” has not attended meeting for worship in years. The older the Meeting, the more this can become a problem, as children and grand-children start piling up as paper members but never make a real commitment to the congregation. 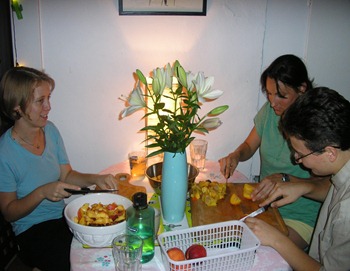 Meetings that can be a transformational presence in their local contexts. I know that the Church of the Saviour – a venerable example of the old-school missional Church – has long emphasized the commitment that membership entails, both to Christ and to the other members of the Church. The Church of the Saviour required membership to be renewed each year, and they linked membership to specific commitments of time, energy and financial resources to the community and to mission.

How might we re-evaluate how membership functions in our Meetings? How is God calling us to change our ways of thinking about membership in order to be faithful to Christ’s mission in our present context? Are we ready to shake things up?