The Burdens We Cannot Carry

It would be fair to say I have a lot of balls in the air. In addition to the work I do for Earlham School of Religion, I am involved in planting a new Quaker Meeting, doing foreclosure resistance with Occupy Our Homes DC, organizing with Occupy Faith and Occupy Church, and meeting various responsibilities within the wider Quaker community. Recently, I realized that each week I probably spend about twenty hours in meetings across the city – not including the time it takes to commute between them! Add to this all of the one-on-one appointments and out-of-town trips that I take, and just building and maintaining relationships has become a full-time job. 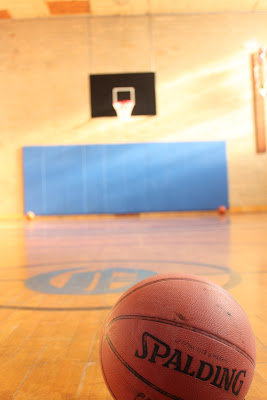 I have heard that Martin Luther once said, “I have so much business I cannot get on without spending three hours daily in prayer.” I see the truth of this. Though I do not yet spend three hours a day in prayer, as the intensity of my daily schedule grows, so too does my need for time alone with God. Without a steady discipline of waiting worship, song, Scripture and writing – without taking time each day to focus only on Christ and his will for me – I would be lost in a flood of anxiety.

I know that I am not the first one to experience this. Examining Scripture, it seems that this type of daily discernment has been going on since the beginning of the Church. I find this passage from Acts 6:1-4 particularly striking:

Now, during those days, when the disciples were increasing in number, the Hellenists complained against the Hebrews because their widows were being neglected in the daily distribution of food. And the twelve called together the whole community of the disciples and said, “It is not right that we should neglect the word of God in order to wait on tables. Therefore, friends, select from among yourselves seven men of good standing, full of the Spirit and of wisdom, whom we may appoint to this task, while we, for our part, will devote ourselves to prayer and to serving the word.” (Acts 6:1-4) 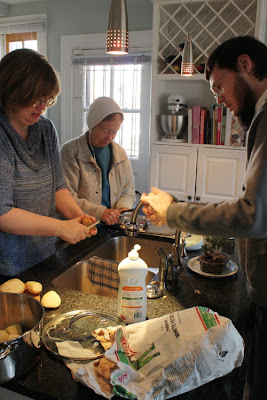 There was so much work to do within the early Christian community that the original twelve apostles were unable to keep up. There were thousands of people living in intentional community with needs to be met. The demands of logistics were clearly enormous, and yet just twelve men were being expected to carry the entire burden. Clearly, something was wrong with this picture!

It would be silly to pretend that I have as much on my plate as the twelve apostles did. Nevertheless, I do draw inspiration from the example that they set. They saw clearly that they were not capable of fulfilling every role within the community, and they had the wisdom invite the gifts that were present in the rest of the Church. There was no way that the twelve could manage the logistical needs of the burgeoning community in Jerusalem while at the same time preaching the good news of Jesus Christ throughout the city and the region. The apostles were clear that God was calling them to focus on sharing the gospel, and they had the foresight and humility to say, “We cannot do everything. We need help.” 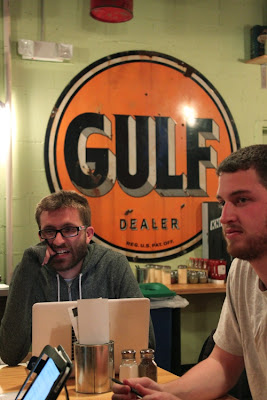 As my life fills with increasing responsibilities, I am routinely called to take a step back, humble myself in prayer, and ask God what it is precisely that I am called to do. There is usually just a small cluster of tasks that God is directing me to at any given time. By grounding myself in a daily practice of seeking God in prayer, submitting myself to the guidance of the Spirit, I am able to lay down everything except that particular handful of tasks that God is calling me to.

When I trust in Christ’s guidance, he preserves me from burn-out. He gives me the strength and energy I need for the work he has called me to. Equally important, God gives me the opportunity to empower others to live into their own particular callings. When I try to do everything, I often get in the way of others, taking over where they should be leading. By faithfully attending to the particular role that God has assigned me in this moment, I can create space for others to exercise their gifts, as well.

How do you balance the many demands of work and social responsibilities? What is the place of prayer, study and reflection in your daily life? How have you learned to say “yes” to the service that God is calling you to, while encouraging others to pick up the pieces that you cannot carry?