The Steady March of Progress – And Alienation


Since the beginning of the industrial revolution, those of us in the industrialized West have become increasingly isolated from one another as we have grown in wealth, technological prowess and personal mobility. Our small towns and rural areas have been drained of their population, especially young people, and today we witness the process of urbanization reaching its natural conclusion. It is common for Americans to live in a different region of the country from that which they grew up in, and the vast hinterland is mostly consigned to resource extraction, whether in the form of factory-style agriculture or the extraction of resources, such as oil, natural gas, timber and coal.

As we become more and more alienated from the land and from fixed human communities, many of us have lost the strong sense 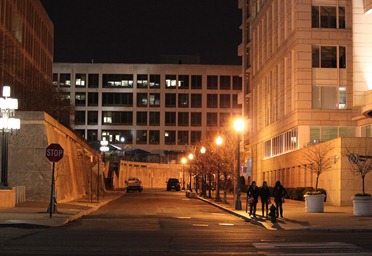 of place that has characterized most of human history. The internet, along with cheap fossil-fueled long-distance travel, makes it possible for like-minded individuals in vastly different geographical, social and cultural contexts to form a sense of community, and to maintain that sense of community through ongoing communication and collaboration. For many today, there is a stronger sense of affinity with a group of friends and acquaintances scattered across the globe than there is within the local neighborhood.


What implications does this have for our life as the Church? Traditionally, the local congregation formed a hub of relationships that permeated the wider society. In many places, especially in rural areas and small towns, being a member of a church was practically equivalent to being a part of the community as a whole. Codified in practices such as infant baptism, churches functioned as a sort of old-school Facebook: Most everyone was a part of a church, and churches served as an important common ground for a culturally Christian society.

But a lot has changed in the last centuries, decades. Small towns and rural life appear to be on the edge of extinction, and the 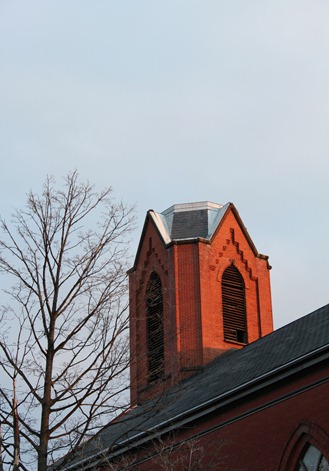 Church has become increasingly marginalized. The Church is still mostly a social club, an old-fashioned social network. But now, Google is a far more universal point of contact. And, for the majority of us who have come to live in a diverse metropolis, it makes a whole lot more sense for our social networks to be digital – and secular. The churches worked well enough as a general purpose “social network” when we lived in communities inhabited mostly by people who were at least nominally Christian. But the realities of the 21st-century urban West are quite different. We live in a multi-cultural, interfaith society, and Christian churches seem of little value as a place to meet our neighbors when most of our neighbors are Hindu, Muslim, Jewish, Buddhist, or Humanist.

The Humble Way of Jesus


So, what should the role of the Church be today, in our cosmopolitan, inter-religious, and increasingly secular society? If the Church continues down the route of inertia, insisting that we are still at the center of western culture, we will only compound our irrelevance and inability to share the gospel with our neighbors. In fact, if we decide to maintain the illusion of our own centrality and importance, we have probably missed the point of Jesus’ message altogether. The end of this path is stagnation, insularity and, ultimately, death – for all things die eventually when they have outlived their usefulness.

I would like to suggest that there is another way in which we can walk together as the Church, the same one that Jesus followed: 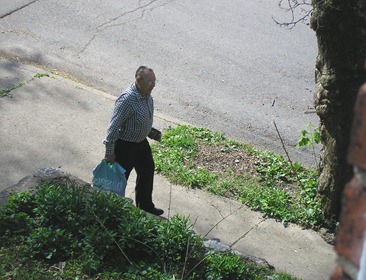 The way of humility and self-sacrificing love, valuing the wholeness and restoration of others over our own privileges and assumptions. If we are ready to follow in the humble way of Jesus, recognizing that we as Christians are no longer (and never should have expected to be) the center of the universe, we may be ready to start down the path of engagement with our culture from the perspective of the margins.

Engagement from the Margins


Once we recognize and accept that Christianity is no longer the dominant cultural force in our society, we are freed to engage with the whole of society without needing to defend our privileged position. We can form relationships with all of the religious and non-religious communities in our towns and cities; we are free to integrate our lives, inviting our Muslim co-workers and atheist neighbors to share our lives with us. We can let go of the burden that we have carried for so long, of deciding who is in and who is out – because we’re not in charge anymore.

On the contrary, we are once again in the position of the early Church, which shared the gospel as a small minority in a vast, 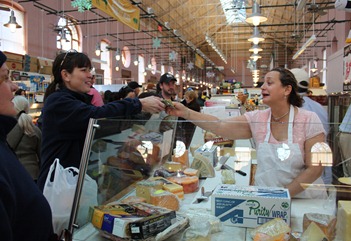 cosmopolitan, pagan Empire. Just like in the early days of the Jesus movement, we today can only share the Good News of Jesus if we humble ourselves and learn to speak to people from a wide variety of backgrounds and worldviews. When we acknowledge that we are not in control of our society, we are freed to be humble witnesses to the power of God. We can share the gospel freely with all who have ears to hear it as we learn to communicate the message to people in the vast variety of conditions in which we find them in our pluralist, post-Christendom society.

Have no doubt: The overthrow of cultural Christianity in the West is a blessing. As time passes, it is becoming increasingly clear to everyone that Christians no longer govern our society, and Christians are increasingly powerless to impose an interpretation of Christian faith on their non-Christian fellow citizens. As Christianity becomes visibly marginalized as a political force, we as followers of Jesus have a great opportunity to bear witness to the life and power of Christ. We can reveal the true nature of the gospel, which relies not upon outward power and coercion, but instead invites all people into a loving Parent-child relationship with God, and into a brother-sister relationship with our fellow men and women.

The Church is not Facebook. We are no longer insiders, nor the center of attention. But we do have work to do. Let us be like Paul, who explained his ministry to the Corinthians like this:

“…I came to you in weakness and in fear and in much trembling. My speech and my proclamation were not with plausible words of wisdom, but with a demonstration of the Spirit and of power, so that your faith might not rest on human wisdom but on the power of God.” (1 Corinthians 2:3-5)