A friend of mine recently told me a useful story. The tale itself is almost certainly inaccurate, but the principle involved rings true.

Long ago, before Europeans came to the New World, there was a tribe who had never seen the large, wind-powered boats employed by the people of Europe. This kind of vessel was so far outside their experience that, when sailboats appeared on the horizon, the local 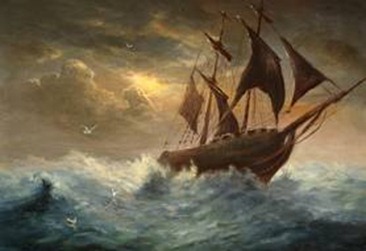 residents were simply unable to see them. They did not know what to look for.

Nevertheless, these people had lived by the sea for generations and were very attuned to the movements of the ocean. Though at first they did not see the boats, they did notice a slight change in the surf. This change, though very subtle, alerted them that some kind of change was coming, days before the Europeans arrived.


While I have a hard time believing that sailboats could make a noticeable impact on the ocean’s movements, or that large sailing ships could appear on the horizon for days before the locals were able to see them, I find this image to give a compelling window into our present situation as a global community. 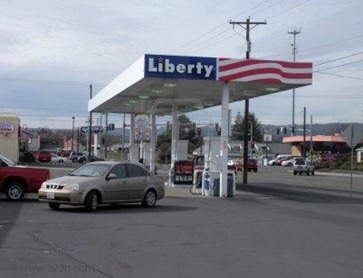 Many of us today can sense that we are on the edge of a huge change in our entire way of life as a people. While we cannot truly fathom that which is coming, we sense a disturbance in the fabric of our society. We feel this disturbance in so many ways, large and small. We notice the rise of food prices. We see jerky, chaotic fluctuations in the price of gasoline. Natural disaster strikes regularly, each time more catastrophic. We are increasingly aware of the declining international influence of the US Empire.
In Western Europe, the Christian Church has almost completely lost its moral influence and spiritual authority, while Christians in the United States are dropping out of the established churches in droves. Western society is fragmenting as the authorities and powers desperately look for new ways to drive us deeper into consumerism, militarism and fear.

Fear is easy to elicit, because we can sense that this is only the beginning. The tumult that we see across the world is deepening. We can feel in our bones that even bigger changes are in the works. We know that the world is fundamentally changing. Though we are unable to conceive of what the change on the horizon will be like, we are already feeling the ripples of it – and the vibrations are growing stronger.

Even as the signs of change become clearer, we are still tempted to retreat into denial. The change that is coming is terrifying, because – whatever happens – are forced to acknowledge our lack of control. The days of endless boom, expansion and seemingly limitless resources are coming to an end. Western materialism is crumbling, and we do not know what comes next.

My question is, how are we as people of God called to live in these times of deep uncertainty and fear? For those of us who are wealthy by world standards, how can we stop relying on economic security for our peace of mind? What are ways that we can begin living our lives in recognition that Jesus provides for us day by day, even if not in the way that we would have expected or desired? What would it mean for us to repent of our participation in the idolatrous and unjust economic system that at present seems so inescapable?