What If Quakerism Were A Movement Again? 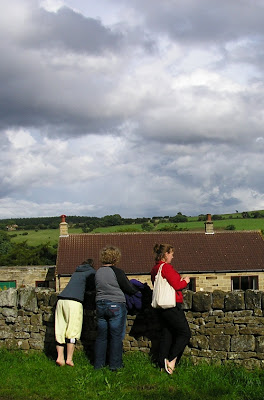 Though it is sometimes hard to believe, the Quaker community began as a radical, free-form network that gave great autonomy to individual ministers. It was intensely focused on the mission of spreading the gospel message throughout England, Europe, the Americas, and beyond. Friends emphasized the transforming power of Jesus Christ within us and among us, and the organizing principles of the early movement reflected this priority. Though Friends would eventually congeal into settled communities under the watchful eyes of duly appointed ministers, elders and overseers, the first decades of the Quaker movement were explosive and fluid.

In this very early period, the basic unit of Quaker organization was the traveling ministry team – itinerant gospel preachers who went from village to village, preaching the good news wherever they could find an audience. They were often beaten, jailed and stripped of their possessions – and with good reason! These early evangelists were often quite disruptive, performing shocking prophetic signs, including walking naked through the streets. Quaker preachers often appeared at government-run worship services and contradicted the sermons of the local priest. 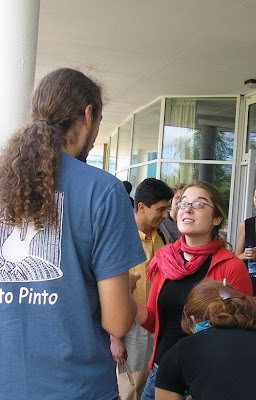 The early Friends were more a grassroots movement than an established religious tradition, spreading through the power of the message these itinerant prophets proclaimed. Friends eschewed hierarchical styles of organization, and rejected the fixed ceremonies of the establishment church. Though Quakers sometimes had to clarify that someone was not a Friend, early on there was no fixed membership. People knew who the Friends were simply by the way they acted and spoke. Being a Quaker was enormously risky, because the price of belonging was to take a public stand against the idolatry of the false religious systems of the day.

Within a few decades, much of this initial fire and fluidity had dissipated. In the face of repeated waves of state persecution – fines, confiscations of property, beatings, imprisonments and worse – Friends banded together in tight-knit communities where they could provide for one another, especially for the families of those in prison. In the context of increasingly intense pressure by the restored British monarchy, George Fox spent years helping Friends develop a highly structured organization. These structures helped to shield Quakers from the worst of the persecution, deflecting public criticism and facilitating mutual aid. As Friends developed these structures, there was an inevitable centralization of authority – first in the area gathering of Friends (the Monthly Meeting), and finally in the national gathering based in London (the Yearly Meeting). 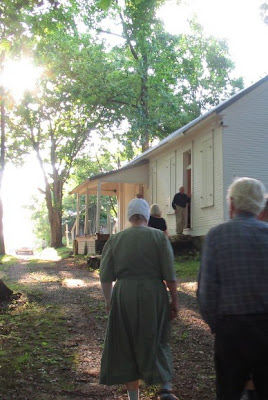 These structures probably saved the Quaker community from annihilation. Thanks to an increasingly centralized governance structure based in London, Friends were able to effectively lobby the government for toleration. The deepening authority of the area gatherings (Monthly Meetings) allowed Friends to keep a tight lead on those individuals who might get the whole community into trouble. When necessary, such individuals were publicly denounced as provocateurs. This process, called “disownment,” drew a clear line between those who were abiding by the norms of the Quaker community, and those who were dangerous renegades.

All of this made sense at the time. People were getting killed as the result of the silly actions of a few, and it was only prudent to batton down the hatches and distance the community from the dangerous activities of the more radical fringe. If Fox and his lieutenants had not succeeded in developing a more tightly structured organization for the movement, Friends very well might have been entirely suppressed. Nevertheless, these adaptations did not come without a price. 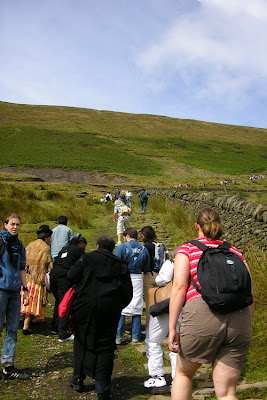 Just like the early Christian Church, the initial years of the Quaker movement were characterized by an expectation of the imminent culmination of history. Friends experienced the risen presence of Jesus, and they were sure that the end of history was just around the corner. The Kingdom was come! There was nothing left to do but proclaim it and invite others into it before the time of decision finally came to a close. This apocalyptic vision could not survive the transition from free-wheeling movement to established sect. Just like the first-century Church, the Quaker movement hardened and consolidated; it became an institution to be preserved, rather than a message to be proclaimed with abandon.

What would happen if we once again became a movement that placed all its focus on the transforming power of the gospel message? How would our present structures and assumptions change to reflect this passionate embrace of Christ’s mission? What would melt away, and what would remain essential? What would be open to compromise, and what would emerge as the rock-solid foundations of our faith? What would happen if Quakerism once again became a radical, apocalyptic movement? Not a sect – not a structure to be preserved, nor an organization to be sustained – but a real movement rallying around a living experience of the Risen Lord Jesus? 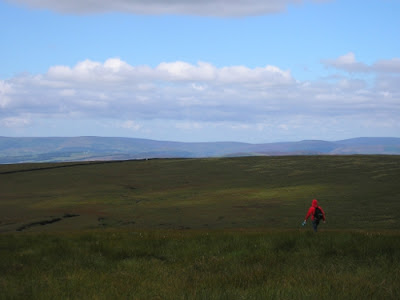 I am convinced that we are living in an historical moment that demands movement rather than monument; message rather than creed; and full-bodied engagement rather than circumscribed ritual. I do not know what the next steps will look like, but I pray for courage to lay all things – structures, communities, rituals, organizations and identity – at Jesus’ feet. Without a doubt, he is here to teach us and lead us himself, if we dare to be his disciples.