Why Quakers Should Celebrate Thanksgiving 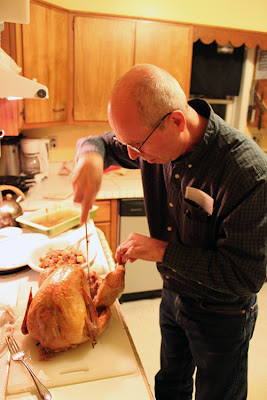 One of the core teachings of the Quaker movement is that Christ is inwardly present in all times and all places. In seventeenth-century England, when holiness was restricted the tightly controlled religious rituals of an elite clergy, Friends made the bold claim that the real presence of Jesus was not to be found in the hocus pocus of wafers and wine. Instead, they testified that Jesus is risen in the very bodies of those women and men who follow him in spirit and in truth.

In a culture where religious ritual and narrow sacramentality was used to dominate common people, Friends insisted that Jesus is radically present in the lives of all people. Despite intense persecution by the religious and civil authorities, Friends clung to their conviction that God’s power and mercy spills beyond the walls of the cathedral, and that the baptizing power of the Spirit is not dependent on water poured by human hands. 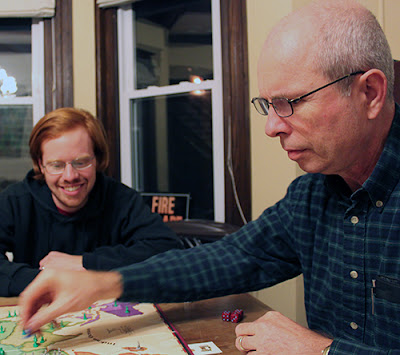 Along with other radical groups in their day (such as the Puritans), Friends denounced many of the customs that those around them took for granted. Because the names of the days and months were derived from pagan deities (Thor’s Day, for example), Friends began using numbers instead (e.g. Today is Fifth Day, 11th Month 22nd, 2012). Friends also rejected holidays such as Easter and Christmas. This was not because they did not honor the spiritual significance of Christ’s birth and resurrection; rather, they believed that they could best experience Christ’s resurrected presence by following him each day. Every day should be Christmas. Every day should be Easter.

I feel that I understand why early Friends made these choices. They lived in an age where religious ritual had been largely co-opted by the civil and religious authorities. Christmas, Easter and saint’s days; water baptism and priestly rites; bread and wafers treated as the literal body and blood of Christ – all these things had become tools of control and oppression by the elites. Rather than encouraging their flock to follow Jesus, the priests and the rulers abused their positions, putting themselves in Christ’s place! In such circumstances, it was probably right for the early Friends to strip religion down to the bare bones and start from scratch. 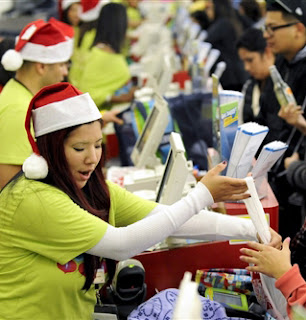 But it has been three hundred and fifty years. Times have changed dramatically. Virtually our entire public consciousness, including our holidays and religious rituals, have been co-opted by the new empire of this world – unrestrained corporate capitalism. For most Americans today, Christmas is about Santa Claus and consumer electronics. Easter is about bunnies and brunches. And even Thanksgiving, long the least commercialized major holiday, is under siege by the “holiday shopping season.” This year, Black Friday has become “Black Thanksgiving.”

Ironically – but not accidentally – this wave of consumerism is rising precisely at the time that ordinary Americans are experiencing a crescendo of economic hardship and stress. With so many of us struggling to find meaningful employment at a living wage, it is difficult to resist the siren’s call of consumer goods. Just as many people suffering from depression struggle with uncontrolled eating habits, our nation’s frantic search for “the next best thing” is revealing. We are hurting so badly! 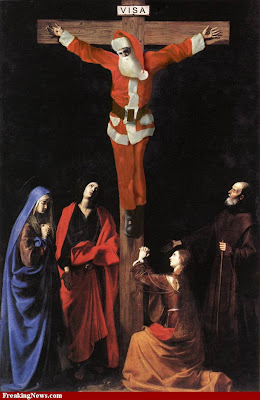 How is the Holy Spirit calling us to respond to the insatiable hunger, despair and emptiness that our culture is experiencing? What does it look like for us to challenge the systems of death that not only eat us alive, but seduce us into joining the feast?

Some Quakers might argue that our best option is to opt out of the “holiday season” entirely. Indeed, in light of the ways that corporate America has infested our holy seasons with glorified addiction, a strong argument can be made for total withdrawal. By refusing to participate in the wider culture’s holidays, we might gain some protection from the corroding influence of the consumer cult. We might even be able to encourage others to opt out, strengthening the base of resistance.

While the case for withdrawal is strong, I am convinced that there is a better response. Rather than ceding the major holidays to corporate America, I believe that it is time to reclaim them. Starting with Thanksgiving.

We are a nation that is over-worked to the point of exhaustion. We are a people desperately in need of Sabbath. Sunday was once widely reserved as a time of rest and worship, but now it is considered fair game by many employers. Even those of us who are privileged enough to be exempted from working weekends have largely lost the rest that our ancestors once knew. If we do not spend our weekends putting in extra hours on our electronic devices, we are out shopping, chauffeuring kids around, and generally catching up on all the unpaid work that we had to defer during the week. 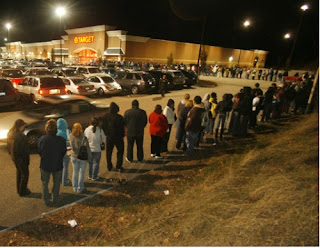 Might there be an opening for us to celebrate Thanksgiving, not as the fear-driven ritual of consumption that is it morphing into, but rather as a Grand Sabbath? Thanksgiving, at its best, is an opportunity to be still and know that God is faithful in providing for our needs. It is a time to focus on demonstrating our love and thankfulness for those with whom God has called us into relationship. Thanksgiving can be a time of rest from our labors, a time of gratitude for the gift of simply being.

While this sense of rest, thankfulness and belonging should extend out into our whole lives, celebrating Thanksgiving provides a special opportunity to concentrate on our intention to live this way in the world. It serves as a reminder of how life can be when we are resting in the loving arms of Christ our Savior.

If that is not radical, I do not know what is.
–