Your Sons and Your Daughters Shall Prophesy

And may not the Spirit of Christ speak in the female as well as the male? Who is it that dare limit the Holy One of Israel? For the Light is the same in the male and in the female, and it cometh from Christ. . . . And who is it that dare stop Christ’s mouth? – George Fox, early Quaker evangelist
Something that set early Quakers apart from many other Christians was their witness to the spiritual equality of women. Mindful of the scriptural admonition against quenching the Spirit, all Friends – young and old, women and men – were encouraged to preach the gospel as they were led. While the established Church singled out a smatteringof passagesthat seemed to justify the subordination of women, Friends prayerfully examined the entire testimony of the Old and New Testaments and found that the Spirit was leading them to affirm the spiritual equality of women and men. 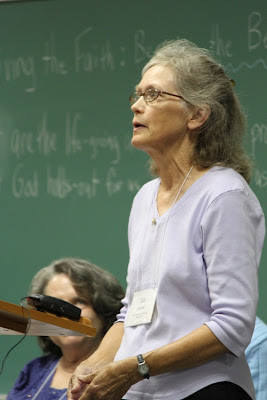 As one might imagine, the early Friends’ insistence on the equal ministry of women stirred up trouble. Indeed, many Quakers were beaten, tortured and imprisioned; many more lost social standing or had their property seized. If the ministry of women had been a secondary concern, Friends might have understandably given way. Better to compromise on a non-essential than to see your friends and family attacked, even killed! So why were Quakers willing to suffer terribly to uphold the ministry of women? The answer is simple: The spiritual equality of women is not an “extra” that Christians can take or leave – it is one of the essential marks of a people who are being led by the Holy Spirit.

The foundational discovery of the Quaker movement is that Jesus Christ is literally present with us, and that he will change us from the inside out. At a time when most Christians believed that human sin and depravity were inescapable facts of life, Friends testified to their own experience of being inwardly transformed. As the Holy Spirit moved in their lives, these women and men found that their entire nature was being changed. As they grew in faithfulness, they experienced redepmtion from the fallen state of Adam, being re-formed in the image of Christ. 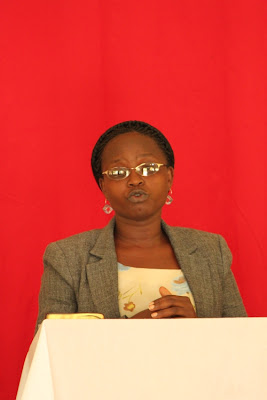 The Quaker experience is a profound reversal of the natural order. Where death once reigned, we are now abundantly alive; where we had previously been enslaved by hatred and selfishness, we find freedom. Quakers recognize that this amazing transformation is the fulfillment of God’s intention for the creation. When we are in Christ, everything old passes away and there is a new creation. None of the old rules of sin and death apply.

One of the hallmarks of the old, fallen order is the subordination of women to men. Though in many places patriarchy is still the unquestioned status quo, Quakers believe that this social arrangement is a result of humanity’s fall from grace. When human beings are living in the image of Adam and Eve, man rules over woman. Yet, in Christ we experience the first fruits of the New Creation. Our lived experience of transformation by the Holy Spirit is exactly what Paul described in Romans: Though “death exercised dominion from Adam to Moses,” Christ has brought a new reign of life! Adam dragged humanity into the reign of death where male domination was the norm. But now Jesus is empowering his friends to resist the death-dealing culture of patriarchy.
It is because we have tasted this new life that we know a new day is dawning in Christ. As we are being transformed by the Holy Spirit, darkness loses its grip on us. We are re-born into a life of spiritual freedom that includes all of us. We find that we are living in the days when the Lord says:
In the last days it will be, God declares,
that I will pour out my Spirit upon all flesh,
and your sons and your daughters shall prophesy…
Even upon my slaves, both men and women,
in those days I will pour out my Spirit;
and they shall prophesy. 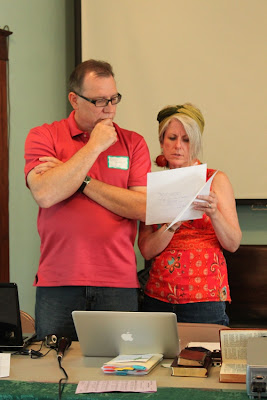 Have you had this experience of Christ’s transformative power? What are ways you have seen the Holy Spirit break through human distinctions? How can we participate in the abundant life and radical liberation that the Spirit brings?
Categories Ministry
Comments (0)