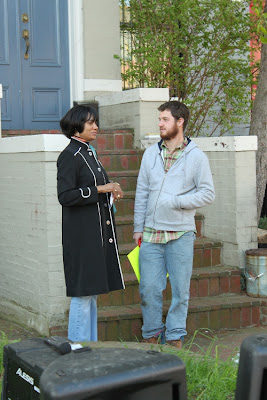 On Sunday night, I got a call from one of my fellow organizers at Occupy Our Homes DC, who had just gotten out of a meeting with Dawn Butler, a local DC resident. US Marshalls would be showing up at her house early the next morning, and they planned to evict her. Some of our organizers had gathered information on the case, consulted legal counsel and met with the tenant in person. We made the determination that Occupy Our Homes DC should act immediately to prevent the eviction.
If carried out, this eviction would not simply be unfair – it would be illegal. In the District of Columbia, tenants have the right of first refusal when their landlords are foreclosed upon. That is to say, tenants have the legal right to buy the foreclosed property if they so desire. Yet, despite the fact that the law makes provision for Dawn to buy the home that she had lived in for years, JP Morgan Chase determined that it would be be more profitable to evict her and sell her residence to someone else. As so often seems to be the case in these situations, the pursuit of maximal profit trumped everything – even the rule of law. 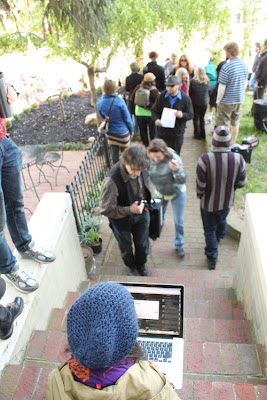 Though we had less than twenty four hours’ notice, we decided that Occupy Our Homes DC could play an important role in helping to turn the tide in this case. We sent out the word: If you can make it, be at Dawn Butler’s house at 9:00 on Monday morning. It could make the difference between her being able to stay in her home, or being thrown out on the street.
I knew I had to be present for the eviction defense, regardless of the day or the hour – but I was skeptical that we would be able to turn out enough people on twelve hours’ notice to effectively make a stand when the US Marshalls arrived. I was astonished the when I showed up the next morning to find a dozen folks already assembled. By nine ‘o clock, there were perhaps thirty or forty of us present, with huge signs, two sound systems, and a readiness to stand in the way if the Marshalls insisted on throwing Dawn out of her house. 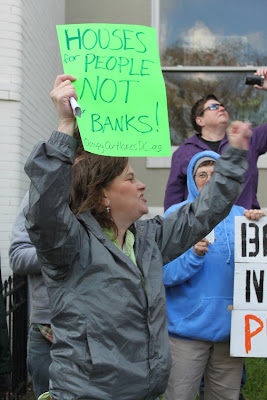 A little before nine, the movers showed up. It was a vanload of mostly African American men, whose job it was to haul out the belongings of those who were being evicted. I talked with some of these guys, and they told me that they often evict multiple houses a day. Some of them seemed sympathetic to Dawn and the unfair treatment she was receiving, though others avoided eye contact. What a lousy job, I thought. It must be terribly demoralizing to spend your days throwing people out of their homes! Many of them probably had few options and were doing what they felt they had to do to get by. At the same time, I wondered where personal responsibility came in. As a result of this experience, would any of them conclude that they could not longer participate in these evictions?
Fortunately, we were not forced to directly challenge either the US Marshalls or the movers. At around ten ‘o clock, we got word that Dawn had secured a stay of eviction from the judge, allowing her to remain in her home until the next court hearing, later this month. This was a huge victory, allowing her to mount her legal case – which is a strong one – and hopefully be able to purchase her home. 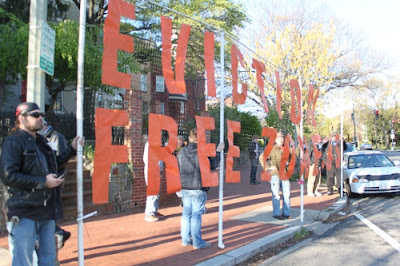 Dawn told us later that the people at court knew that Occupy Our Homes DC was mounting resistance to the eviction, and that she got much better treatment by the court than she ever had before. Before, the court treated her as just another number; but now the courts and JP Morgan Chase know that Dawn has growing community support behind her. If they want to kick Dawn out of her house, they will face a serious public relations battle – one that will expose their immoral and illegal actions. 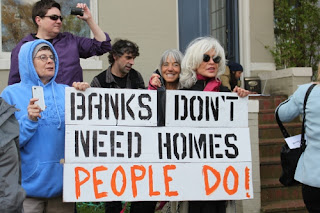 This rampant illegality is what really astonishes me. For better or worse, I expected big banks to be involved in unethical business practices. That seems par for the course in our economic system, which values maximum profit over all other considerations. But I never imagined how brazenly the biggest banks are engaging in outright illegal activity, nor how the court system goes right along with it! Occupy Our Homes DC will continue to work with residents of the DC metro area to expose these systematic unjust and illegal practices. 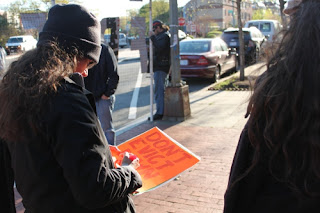 There are thousands of families being left destitute by predatory lenders, and we know that we can only help a few. Yet, we hope that those we are able to partner with will be transformed by the experience. Our goal is to empower grassroots leadership to arise in the community and challenge the grip of the big banks. We are learning that we do not have to accept the unjust status quo. We are discovering that we have the power to resist the abuses of the big banks and the corrupt court system. We are beginning to empower our local communities and economies, putting our money where our hearts are. 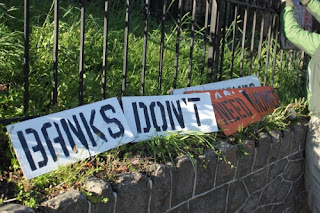 The work of Occupy Our Homes DC is important, but it is nothing compared to the power that will be unleashed if we unlock the leadership potential of ordinary Americans. We are looking for ways to empower our local communities, working to find shared solutions to the challenges we face. One thing is clear: We can no longer rely on big banks, big business or big government to solve our dilemmas. 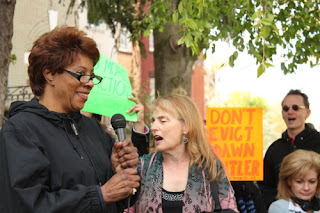 Does this resonate with you? Are you involved in similar efforts in another city? What are other ways that you think we can be involved in empowering ordinary folks to do extraordinary things, living into the dream of participatory, grassroots democracy?