This Wednesday at Capitol Hill Friends, we examined the third chapter of Paul’s first letter to the Church in Corinth. In this letter, Paul writes to a local Meeting that has become divided based on allegiance to human leadership. The Meeting is splitting into factions, with some preferring Apollos and other claiming Paul as their leader. Paul writes to tell them that they are missing the point. He explains that he and Apollos are only servants of the great 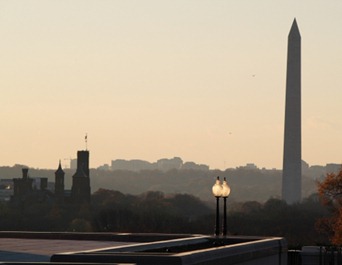 Master, Jesus Christ, and that all devotion should ultimately be directed to him, and not to any earthly leader.

Paul goes on to use a variety of metaphors to put in perspective the work that he and Apollos have been doing in Corinth. As servants of God, he explains, he and Apollos have acted as gardeners, each with his own particular task – one plants and another waters. Crucially, however, Paul points out that it is ultimately God who gives life and growth.

Another image that Paul uses to describe his and Apollos’ relationship to the Church is that of being construction workers. He writes about the ways in which he and other workers can build upon God’s foundation. Construction workers can do better or poorer jobs, depending on their skills and faithfulness. Nevertheless, Paul insists that there is only one Foundation upon which anything enduring can be built: “For no one can lay any foundation other than the one already laid, which is Jesus Christ.”(1)

Needless to say, a lot has changed since Paul’s first-century context. Thousands of years of accumulated tradition have transformed the Church from a small, radical, adaptive body of believers scattered throughout the Roman Empire into a worldwide family of faith, encompassing thousands of independent sub-traditions. Even in the first century, Paul already saw the ways that human leaders and traditions could obscure the gospel foundation. Today, we have twenty centuries of “construction work” to sift 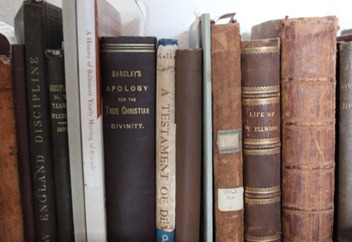 through as we seek to be faithful to Christ in our midst.

For Quakers, George Fox was the most important builder since Paul. Fox’s legacy is immense: his writings, apostolic ministry and role in the development of Friends polity have had an enduring impact on the way Quakers have understood and organized themselves for the last three hundred and fifty years. Furthermore, George Fox represents far more than his own personal ministry. Fox blessed the systematic theology of Robert Barclay, the evangelical fervor of the Valiant Sixty, and William Penn’s “Holy Experiment” in America. George Fox represents the rich heritage that Friends share as a unique stream in the Christian tradition.

George Fox, and all he stands for, means so much to Friends today. He and his fellow apostles were faithful servants of Christ in their own time and place, and they left us with a rich tradition that has helped many individuals and communities come into deeper relationship with Christ Jesus. Nevertheless, the fact remains that 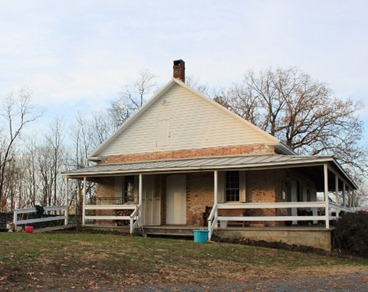 George Fox and the Valiant Sixty are dead. Their time and service has come to an end.

If we are to honor the faith of George Fox and the early Friends, we must continue to listen to the ways in which Christ is leading us today. Parroting old Quaker clichés and sitting together in lifeless silence will not cut it. Faithful Christian life and witness will look different today than it did in 17th-century England – or 20th-century America, for that matter. If we are to be true to the faith of the early Friends, we may be required to “betray” them in order to follow Jesus.(2) Just as Jesus guided our spiritual ancestors, he continues to teach us today. In the end, he must be the foundation of everything that we do.

Like the early Friends, we must be willing to let go of anything that gets in the way of us following Jesus as a community in our present 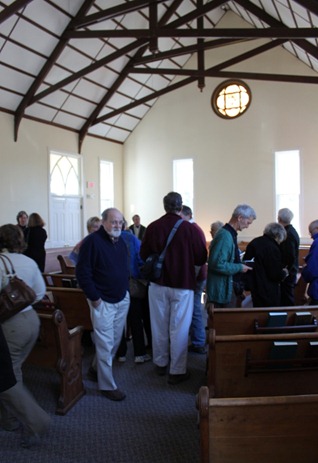 context. All of our human traditions – our ways of speaking, songs, church structures, dress and business process – must be submitted to Christ so that he can lead us in his eternal, yet always new Way.

What are the ways in which we are being called to lay down the human traditions that served our ancestors well but are no longer relevant to our present context? What are the ways that old structures and habits get in the way of us living out the love, life and power of Jesus Christ in our communities? How can we tell the difference between a dead form and a useful tradition that God is calling us to maintain and use faithfully in our generation? How can we be faithful to Christ’s ongoing guidance, fulfilling the law through obedience to the living Spirit of God?

1. 1 Corinthians 3:11
2. An excellent piece that develops this idea is “A Faithful Betrayal?” by Wess Daniels in the Jan/Feb 2010 edition of Quaker Life