Have you ever had Holy-Spirit whiplash? Have there been times in your life when you have felt God directing your life down a certain path? Steadily. Unrelentingly. It goes on for months or years until, all of a sudden, the call shifts dramatically. The new sense of direction is clear, and it feels right, but it takes some time to wrap your mind around it. 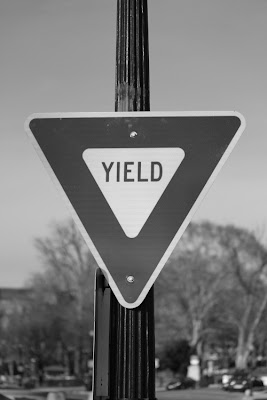 In the last month or two, I have been experiencing a big shift in God’s call on my life. In late 2005, God set me aside for full-time preparation for ministry. God called me out of my job working at a bank in Wichita and directed me to study at Earlham School of Religion. I did some paid work during the course of my studies, but virtually all of my time and energy was plunged into study, prayer and preparation for ministry.

After completing the MDiv program, God continued to call me into full-time ministry. I spent the spring of 2009 traveling in the Great Plains, ministering among Friends in Kansas, Nebraska, Oklahoma, Missouri and Texas. While I hope that there was some benefit to those I visited, this work probably had more to do with my own preparation for ministry than it did with any gift I had to offer. I was out of seminary; but in many ways I was still in school.

In the fall of 2009, I married and moved to the District of Columbia. I also began work for Earlham School of Religion, doing web strategy and outreach to Young Adult Friends. This new job fit very well with my own sense of call, my leading to travel among Friends in a variety of theological and geographical contexts. It was work that called me to venture across the United States, developing networks that would strengthen both ESR and the Religious Society of Friends as a whole. 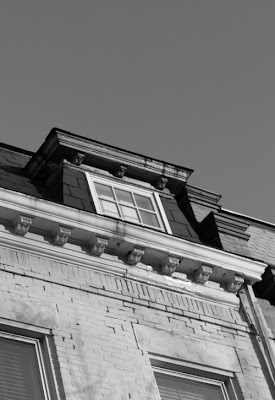 My role with ESR has dovetailed very well with my own sense of God’s call on my life; and the work has been part-time, allowing me sufficient space to be faithful to a life of dedicated ministry. I have had the best of both worlds – both gainfully employed, and released for gospel ministry.

Apart from my work at ESR, my main focus in the last two years has been the development of Capitol Hill Friends, a new Quaker church in DC. It started out with just Faith and me inviting folks to come and worship with us, and it has blossomed into a small church with four members and around a dozen attenders. With my other “part-time,” I dedicated myself to strengthening and supporting this new community; and it has been a blessing to see our development as a Meeting, especially in the last year.

Given this little bit of history, you can see how it came as a shock to me when I realized recently that God no longer seemed to be calling me to full-time ministry. It was not that God had revoked my calling or spiritual gifts (though these have certainly evolved over the years). It was not that Capitol Hill Friends or the work of tending the flock became any less important to me. If anything, these things have become only more central in my awareness. Yet, in recent months, I have felt God calling me into a new life stage, with its own set of blessings and responsibilities. 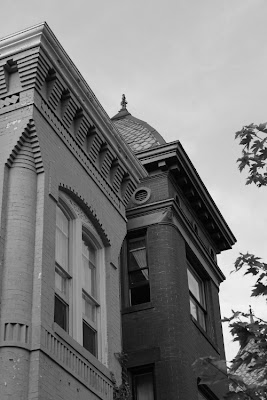 Up until now, I have primarily conceived of my call in terms of the itinerant ministry modeled by the early Friends. This sort of ministry – that of Fox and Burroughs, Nayler and Pennington – was not firmly rooted to a specific place. On the contrary, it was a missionary faith in constant motion, publishing the truth far and wide. These Friends preached to all sorts of people in many different lands. They were nothing if not mobile.

In the past few months, however, this vision has come to ring hollow for me. While God may have called me to this sort of itinerant ministry in previous years, I have become convicted that God brought me to DC for a different kind of service. While I have long avoided commitments that would bind me to one place, I now feel compelled to embrace them. Before, I looked down my nose at the stable shepherd in the local church, tending to the day-to-day needs of God’s people. I longed for more exciting work; the fiery preaching of George Fox and the mass conversions of the Valiant Sixty. I thought I was special.

But now, in the spicy-sweet irony that carries the mark of the Holy Spirit, I sense I am being called into the steady endurance that I once despised. Maybe God has decided that it is time for me to grow up – or, at least, to move a little bit further down the path of maturity in Christ. My mind is still reeling from the whiplash, but my heart can sense the truth.