And the Word became flesh and pitched his tent among us, and we have seen his glory, the glory as of a father’s only son, full of grace and truth. – John 1:14 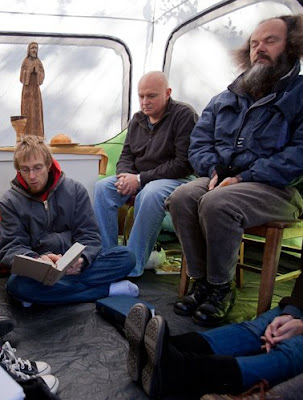 One of my most distinct memories of Occupy DC is sitting in the Prayer Tent in McPherson Square one day in late October. Over several weeks, the encampment had grown to take up most of the park. As I sat in the midst of our little tent city, I felt moved to open my Bible and re-read the final chapters of Exodus, which describe the early days of the Hebrew’s sojourn in the wilderness.

The twelve tribes of Israel wandered in the desert for forty years. It was a time of purification – transitioning from their old life under Pharaoh to a new life under the direct reign of God. They were accustomed to having human rulers boss them around and give structure to their lives, but in the desert God began to teach them a new way.
In this new order, God taught the Hebrew people to rely directly on the guidance of the Holy Spirit. God drew nearer to them than the Hebrews ever thought possible – or even desirable! Indeed, one of the major themes of Exodus is the plea of the people that a human leader – Moses – play go-between for the congregation and God. Our spiritual ancestors were too afraid to approach the Lord themselves; they much preferred to have a human ruler to mediate divine authority. 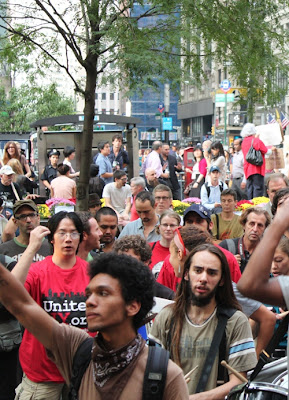 Nevertheless, God found ways to interact directly with his fearful people, and over time the Hebrews learned to follow him in trust. We read at the very end of Exodus how the Lord gave the people a visible sign of his presence – a cloud during the day, and fire at night. The Hebrews learned that when God’s tent – the Tent of Meeting – was covered with the cloud, they were to stay where they were. But when the cloud rose from the Tent of Meeting, the people knew that God was calling them to move on, to explore new territory.
Eventually, the Hebrews settled down in the promised land, and after a while they insisted on having a human king. They did not trust God to lead them directly, preferring old Pharaoh’s system to God’s direct reign. Though God warned them that a human monarch would make their lives miserable, the people insisted – they wanted to be like the other nations, having a human king to fight their battles for them. 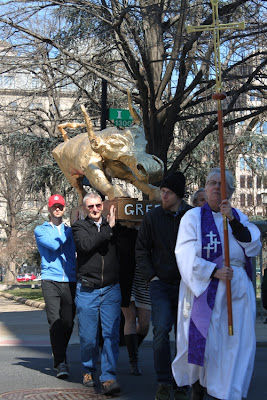 As predicted, this did not go well for Israel. Though there were some good kings, the legacy of human monarchy was appalling. Over the generations, Israel came to be dominated by its neighbors. The people of God were repeatedly conquered and cast into exile. Most of the Hebrews were scattered abroad by foreign conquerers, never to see their homeland again. By the time of the New Testament, Israel was a backwater province under the iron fist of Rome, the most powerful human empire the world had ever seen.

In first-century Judea, there were many groups vying for supremacy. Preeminent among them was the Herodian puppet government, driven by selfish greed and subservience to Rome. There were also the Sadducees, who sought to maintain the Temple cult at all costs. Then there were the Pharisees, who believed that national restoration would only come through a strict, legalistic application of the Torah. And there were the Zealots, who looked back to the Maccabeesfor inspiration; they were committed to fomenting a violent revolution which would break the Roman yoke and restore the Davidic kingship. Yet, despite their claims, none of these groups presented a real alternative to Empire. At best, these groups offered a Hebrew Pharaoh in place of a Roman one. 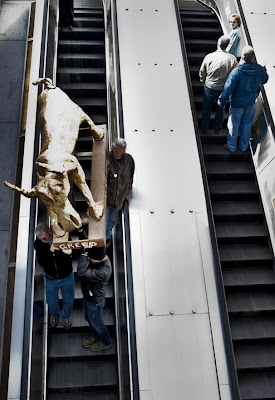 It was in this period of national humiliation and despair that the Lord once again provided Israel an opportunity to experience his direct rule. God would once again dwell among the people, and this time God would go one step farther than before. Rather than revealing his presence in a burning bush, a cloud of fire, or within a tent made with human hands, God would take an inconceivable step to show his solidarity with us. He would be conceived.

The Word became flesh and pitched his tent among us. God dwelled among his people in human form, submitting to our struggles and limitations. In this consummate act of solidarity, God demonstrated once and for all that he would not stand aloof while his children suffered; he became one of us, sharing our human experience and demonstrating in his own body the way to true liberation. Even today, through his resurrected presence, we experience God as dwelling immanently among us, guiding us directly. Because our world has been occupied by the grace and truth of Jesus Christ, we are freed to walk in his life and power, rather than in bondage to the empires of our day. 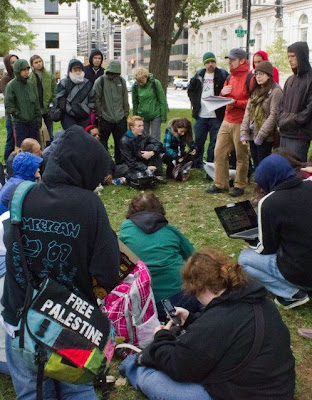 Which brings me back to the encampment at McPherson Square. Though Occupy Wall Street was a human movement, there are ways in which it reflected God’s character. It was particularly striking to me how the Occupy movement sought to incarnate new life and expanded imagination in the streets of our cities, which had previously been the exclusive domain of Empire. Sitting in the Prayer Tent at Occupy DC, I could not help but remark on how the Holy Spirit continues to move among the people, inspiring us to imitate the God who pitches his tent among us.

What does this mean for us as Friends of Jesus? How do we make sense of our heritage as the people of the God who encamps in our midst? How is the living Spirit of God moving among us today, calling us into risky action and shared sacrifice? How do we know when the cloud has lifted, that the Lord has called us to take up our tents and follow him through this desert? Are we ready to trust him, to love him, to honor him as our only King?