Skip to content
Just before Christmas, I wrote a post about what the second phase of the Occupy movement might look like. Moving beyond camping, I suggested that we focus our energy and resources on developing local assemblies – in neighborhoods, workplaces and other pre-existing communities. I encouraged occupiers to redouble our efforts to find ways to collaborate with existing organizations, including labor unions, civic organizations and faith groups. Rather than glorifying some radical camping vanguard, I proposed that we place our focus on developing stable, rooted networks that could endure in the ongoing struggle for economic justice and democratic reform in the United States. 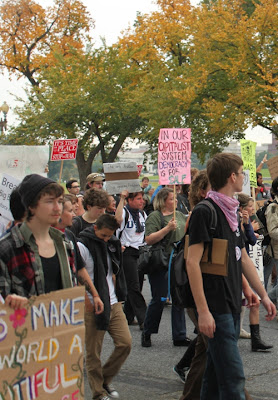 A month later, it is even more clear to me that the Occupy movement must develop a robust strategy for promoting new bases of popular power to confront the injustices that are resulting from a corporate take-over of our economic life, public discourse and government. This will not happen if we continue to place our focus on maintaining a camping presence in public parks, an effort which drains our attention and resources as we struggle to combat drunkenness, abusive behavior and interpersonal squabbles which are magnified by the trials of full-time winter camping.
The most troubling aspect of pouring our time and energy into the drama of public encampments is that it has the effect of narrowing the movement. The longer we relate to Occupy as a camping phenomenon, the more we restrict the movement to the tiny minority who are able and willing to spend their days and nights in freezing public parks. While the act of physically reclaiming public space was a radical act in September and October, it has since become an elitist exercise, alienating most Americans from any sense that they, too, could be part of the movement. 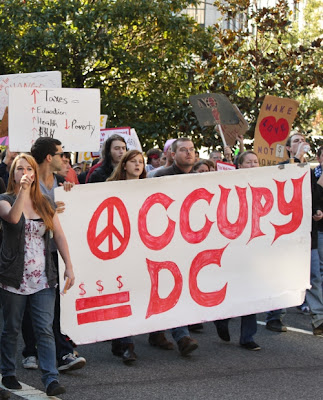 The time has come for us to open this movement to everyone who feels that there is something wrong with a society in which corporations and the super-rich have more voice than ordinary people, and in which bankers and oil tycoons are being subsidized while millions of working class people struggle to provide for their families. The time has come to make the transition from being a movement primarily based in symbolic theater to being one that develops sustainable networks of popular power.
For the last seventy five years, the voice of ordinary Americans has been increasingly overwhelmed by the dominance of corporate wealth. Labor unions have been eviscerated, and neighborhoods have in many cases simply become places where workers are housed, rather than communities that can stand together for their shared needs and concerns. Our civil society has become a hollow satellite, orbiting obligingly around the black hole of corporate power. For generations, the ability of ordinary working people to have a voice in the direction of their neighborhoods, towns and nation has been gradually usurped by organized corporate interests. It is time to reclaim our voice. 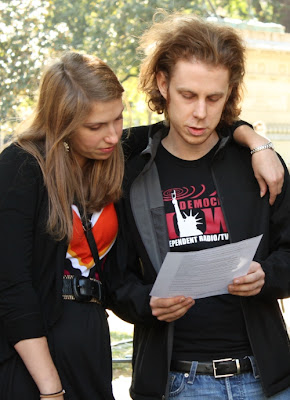 We can do this by taking the principles at the heart of the Occupy movement and applying them to our local communities. We can adapt consensus decision-making to our neighborhoods, paring our assemblies with potlucks, barbeques and block parties. We can organize our offices and faith communities. We can break out of the false separation of home, work and religious life, inviting all realms of our existence to be transformed by the struggle for justice and truth. And in this struggle, we will find not only the economic integrity that we so desperately need; we will find also the real human community that we have been longing for. In our work for a more just social order, we will discover a more intimately connected common life.
Where do you see possible connecting points between the communities and organizations where you are already involved, and the struggle for economic justice? What are ways that we can integrate the whole of our lives – home, work, school and religious life – with our calling to be peacemakers and truth-speakers? How can we open the Occupy movement up to every man, woman and child who seeks an Earth restored?