I am encouraged to see a number of signs that unprogrammed Friends are developing a renewed focus on evangelism. Liberal 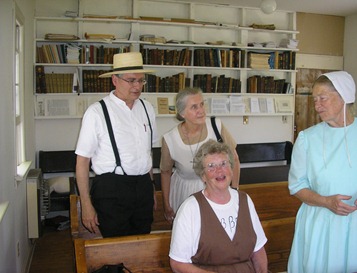 Friends in the US and UK are developing the Quaker Quest program as a pathway to numerical and spiritual growth, and Conservative Friends are also increasingly emphasizing outreach. In the last few years, all of the Conservative Yearly Meetings reported the addition of new Monthly Meetings. Ohio Yearly Meeting has been particularly active in outreach, nurturing several worship groups in the United States, Britain, Greece and Spain, as well as maintaining a network of affiliated and sympathetic Friends across the globe. As one of the smaller Yearly Meetings in the United States, Ohio Yearly Meeting has a disproportionate impact on missions.

Among Friends in Ohio Yearly Meeting, there is a palpable enthusiasm for the work of evangelism. Working side by side with other Quaker Christian groups, I believe that we are poised for growth in the twenty-first century. I see no reason why the coming decades should not see the emergence of many new Meetings – even new Yearly Meetings – in the Conservative stream.

Given present size of my own Yearly Meeting, such high levels of growth could be overwhelming. Ohio Yearly Meeting probably has an 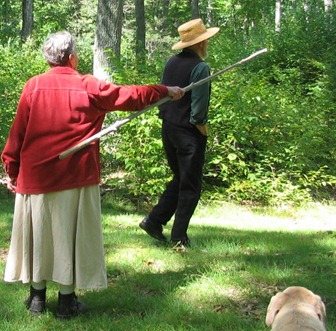 active membership of fewer than two hundred people. Adding a just a half-dozen new Meetings in the coming decades could bring about revolutionary changes in our small community, as newcomers quickly outnumber those who have been part of the Yearly Meeting for decades and generations. This is particularly true if the emerging Meetings are made up of Friends who are new to the Conservative Quaker tradition.

This would not be without precedent. The revivalist frenzy of the late nineteenth century was characterized by meteoric growth, with Yearly Meetings bringing in tens of thousands of new converts in a matter of years. Immediately, Friends were forced to consider how to integrate so many new Quakers into the fellowship. They found that the tried and true “education by osmosis” no longer worked in a context where most of the community was not raised in a sectarian Quaker community. One result of the search for new ways of transmitting our faith was the pastoral system, which has revolutionized Quakerism and now represents the overwhelming majority of Friends worldwide.

More recently, we have the example of the New Meetings Movement, when Friends were overwhelmed by the growth of new Meetings in 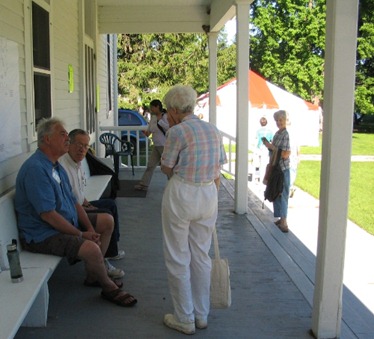 college towns across the United States. Throughout the forties, fifties and sixties, new Meetings flourished across the Mid-west and West, while the traditional centers of American Quakerism (e.g. Philadelphia YM, Indiana YM) imploded. Even as the traditional Hicksite and Gurneyite Yearly Meetings saw their membership plummeting, new unprogrammed Yearly Meetings sprang into existence where there were none before. This resulted in a situation where local Meetings, and even Yearly Meetings, developed where there was virtually no seasoned ministry, eldership or oversight. New Meetings Movement Quakerism emerged as an individualistic faith, and connections with the past were tenuous. In many places, the New Meetings Movement has left a legacy of rootlessness and disconnection from many of the basic beliefs and practices of the Quaker tradition.

In both the revivalism of the late 1800s and the New Meetings Movement of the mid-1900s, we see cases in which growth outran the capacity of seasoned ministry, eldership and oversight to care for newly convinced Friends and Meetings. As a result, the tradition was radically, decisively altered in very short periods of time. This change often came less out of deep reflection and spiritual unity than it did out of an urgency to adapt to a rapidly changing environment. Above all, both cases demonstrate a failure on the part of Friends to prepare in advance for growth.

Precisely because I see the potential for such rapid growth in the coming decades, I believe that we must take care to prepare 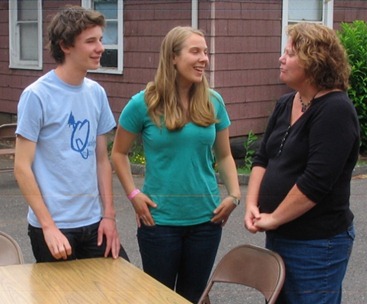 ourselves not only to fan the flames of a new revival, but to provide the grounded leadership and example that will be needed in order to sustain the movement, connecting us through teaching and example to the tradition of the early Friends and the early Christian Church. Above all, it is critical that we prepare ourselves now for the coming growth. If we wait until explosive growth is upon us, it will be too late to develop our response.

I believe that it is crucial that we begin to operate under the assumption that Christ is already gathering a great people, and that we need to prepare ourselves and our communities to participate in that gathering work. I am convinced that we need everyone in our Meetings and worship groups to take seriously our responsibility to prepare the way of the Lord, throwing ourselves into the work of discipleship and evangelism, and steeping ourselves in the tradition so that we are capable of demonstrating it to those whom the Lord draws into our small order of the Universal Church. It is crucial that we lead lives that model the life of Christ as it is being revealed to us within the Quaker stream of the Christian tradition.

We need all hands on deck. We need to demonstrate with our time, energy and financial resources the priority that we place on sharing 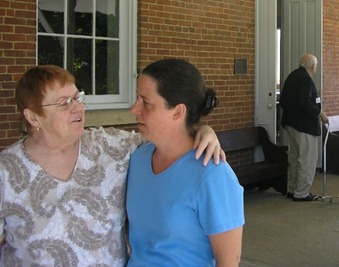 the good news of Jesus Christ, inviting others into the tradition and community of Friends. What would it look like if building up the Body of Christ were truly our first priority? How would our lives change if we truly believed that God was about to send thousands of people to us, seeking to be welcomed into a community where Jesus Christ is known, loved and obeyed as our present Teacher, Guide and Lord?
I pray that you will join with me in building our house upon the rock, so that when the flood comes, we will be ready to offer refuge to others rather than being swept away ourselves.

*While there are several ways of defining Conservative Quakerism, I use the term to refer to Friends who see the Quaker practices of waiting worship and Spirit-led decision-making as central to their life of faith as a Meeting. Conservative Friends hold that faith in Jesus Christ and fidelity to the Christian tradition are essential for the Meeting community as a whole. Conservative Friends see common Christian faith – not only common worship and decision-making practice – as being the basis for membership in the Meeting.