Jesus said, “I came into this world for judgment so that those who do not see may see, and those who do see may become blind.” Some of the Pharisees near him heard this and said to him, “Surely we are not blind, are we? Jesus said to them, “If you were blind, you would not have sin. But now that you say, ‘We see,’ your sin remains.” – John 9:39-41


One of the reasons that Jesus was killed was because of the way he confronted the religious establishment of his day. He broke the rules in all sorts of ways: healing on the Sabbath, 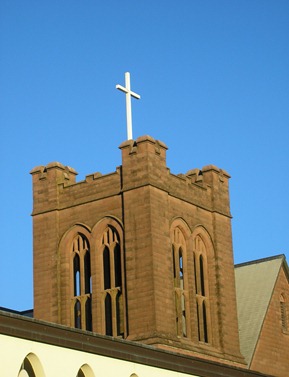 disrupting the business of the Temple, challenging the teaching of the priests and scribes, and teaching with an authority grounded in the Spirit, rather than based on an appeal to texts or human leaders. The Pharisees and Jewish religious elites were furious – this man was clearly flouting God’s law!

And yet, though at first glance Jesus seems like a Jewish heretic, everything that he does upholds the spirit of the law of Moses. God gave the law to the Jews in order to bring healing, reconciliation, and more abundant life to the people of Israel. It was given to heal the rift that had developed between God and humanity. It was given as a means to guide the people in the path of holiness and re-union with God.

Yet, the outward law of Moses never accomplished these goals. The people were too hard-hearted and self-centered to fully embrace the spirit of the law. Instead of being humbled by the covenant relationship that God called them to, they became puffed 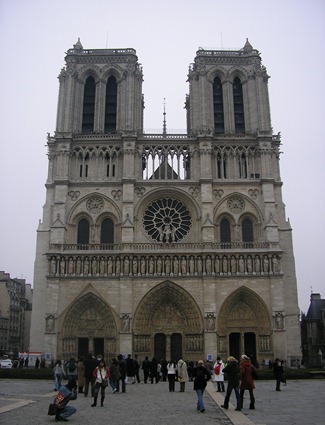 up with false religiosity and rule-following. At the time of Jesus’ ministry, false religious piety had largely taken the place of humble submission to God’s will, love, and compassion for the poor and marginalized.

Despite the bad rap that they get in the gospel narratives, the Pharisees were actually a religious movement that sought to resist the dead formalism of much of Jewish religion at that time. They stood in direct opposition to the elite priestly caste – the Sadduccees – who maintained the Temple cult of animal sacrifice, even at the cost of actively collaborating with the Roman occupation of Judea. The Pharisees had much in common with the Protestant reformers: They sought to bring the Jewish religion back to its roots, grounding it in what they saw as the clear meaning of Scripture; they insisted that Jews lead lives of purity and holiness; and they viewed compromise as unacceptable, believing that everyone was responsible to know and follow the rules.

Despite all the things the Pharisees got right in their move away from the empty formalism of the Temple, Jesus revealed that the Pharisees still missed the mark. The Pharisees rejected empty ritual and human tradition, but they replaced it with a legalistic reading of the 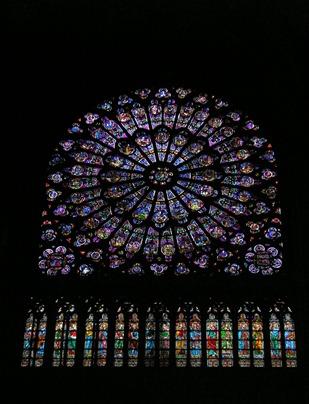 Scriptures that reduced humanity’s relationship with God to following a set of dietary and behavioral rules. Jesus revealed that strict, rule-following adherence to Scripture is just as idolatrous as the compromised ritualism of religious ceremony.

A good example of this theme is in the ninth chapter of John, where Jesus heals a man who was born blind. When the man returns home with vision intact, it naturally raises a stir in his community. Soon, the local Pharisees investigate, interrogating the man and his family, trying to learn the truth of the matter. What they learn distresses them greatly: Jesus healed this man’s sight on the Sabbath – a day when all work is strictly forbidden by Jewish law. Presumably healing a blind man counts as working!

The Pharisees insisted that Jesus could not have possibly performed this miracle, as he was clearly a sinner, having broken the Sabbath. The man who was healed could only reply, “I do not know whether he is a sinner. One thing I do know, that though I was blind, now I see.”(1) Finally, when the healed man refused to go along with their hostile questioning, the Pharisees 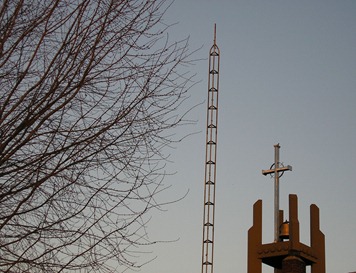 raged at him: “You were born entirely in sins, and are you trying to teach us? And they drove him out.”(2)

This was another way that Jesus challenged the authority and worldview of the Bible-believing Pharisees: In their interpretation of the Torah, the scribes believed that all misfortune was caused by sin. For this reason, Jesus’ disciples ask him whether the man’s blindness was caused by the man’s sin, or by the sin of his parents. Clearly, someone must have done something wrong in order for someone to be born blind! Jesus’ answer is remarkable: “Neither this man nor his parents sinned; he was born blind so that God’s works might be revealed in him.”(3) Jesus turned the Bible-believer’s world upside down, teaching that God is not limited by human standards and limitations – God’s glory is revealed in weakness!

Jesus reveals the damage done when we limit God to our human worldviews. Our self-satisfied beliefs about who God is and our easy answers about moral cause-and-effect separate us from God. Our human sight makes us blind to the reality of what God is doing in the world. Jesus calls us to gouge out our human eyes, recognizing our own spiritual blindness whenever we rely on our own understanding rather than on God’s wisdom. By 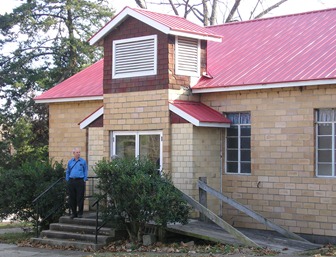 assuming that we have the answers, by relying on our human sight, we blind ourselves to the workings of the Holy Spirit in our midst.

Jesus calls us to loosen our grip on our own understanding, accepting that we do not see clearly and need to be led by God. Jesus invites us to confess our blindness and lack of understanding, so that we may say with the man who was healed, “I do not know… One thing I do know, that though I was blind, now I see.”(1)

Let us approach Jesus and allow him to heal our distorted vision. Instead of seeking to achieve certainty, let us seek to abide in living relationship with Jesus. Instead of devising human teachings that give us the illusion of spiritual maturity through rule-following, let us humble ourselves and become like children, learning love and compassion at Jesus’ feet.