Skip to content
I recently came across a blog post entitled, “Why I’m Not on the Occupy Band Wagon.” The writer – who appears to be a Boomer – has a very unfavorable impression of the Occupy movement. Basically, that occupiers are young folks who have “gambled” on education and now, having lost the bet, want somebody else to foot the bill for their wreckless accumulation of debt. This is familiar. Since the beginning of the Occupy movement, we have been smeared as spoiled, entitled young people who are protesting because they want a free lunch. “Why don’t these kids get jobs and stop complaining so much?” 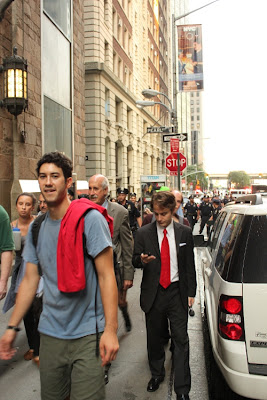 I have no patience for this. The idea that the Occupy movement is fueled primarily by adolescent angst and middle-class entitlement is unfair, even if there is some hint of truth in the charge. The assertion that occupiers should “just get a job” and “take responsibility” is absurd. Most of the original occupiers (myself included) have jobs. The Occupy movement was launched by many of the best and brightest of our generation – erudite and highly motivated individuals who under normal circumstances would be leaders in both for-profit and non-profit sectors.

But there is not room for us. Because the economy is severely constricted and the Boomers have made poor choices and are now unable to retire, we Millenials face a job market that presents many of us with only three options: Working jobs that we are over-qualified for and which do not pay a living wage; going back to school, accumlating more debt while we ride out the recession; or living with our parents and working unpaid internships, in the hope that this might lead to something better. The very idea of Boomers scolding us on our entitlement, on our bad choices, when they are the ones who have tanked our economy and mortgaged our future for their short-sighted addiction to luxury, is sickening. After decades of frivilous materialism comes the final insult: many Boomers are projecting their own sins onto their children. 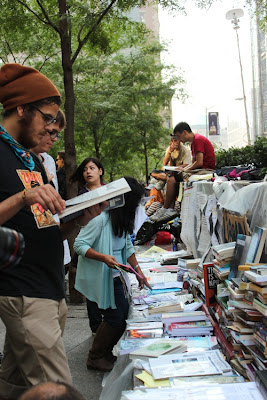 The idea that the Occupy movement represents adolescent posturing and entitlement is ludicrous. Though there is plenty of adolescence and posturing on display in this, as in any grassroots movement, the foundation of Occupy is our heartfelt desire to see the restoration of American democracy. Rather than hand over all our power to multinational corporations and the wealthiest .01%, we long to see ordinary people empowered to make decisions for our local communities, cities and regions. Rather than see our political system reflect a cynical “Pepsi versus Coke” fundraising campaign, we desire a renewed political landscape where the common good trumps the perogative of the super-rich, where ordinary people have as much say as Rupert Murdoch, Warren Buffett or the Koch brothers.

Which brings me to the matter that really concerns me. Rather than buying into the hedonism and selfishness of which we are commonly accused, I fear that we are being seduced in the opposite direction. In our desire to make a positive impact in the national discourse, I percieve that Occupy is being absorbed into a partisan agenda that is more concerned about Democrat Party victory in the Red vs. Blue culture wars than it is about challenging corporate power and the politics of raw greed. 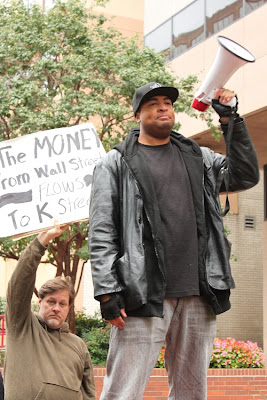 In the early days of the Occupy movement, we clearly rejected the unholy matrimony of state and corporate power. We called out both Democrats and Republicans, exposing the ways in which both parties were corrupted by the unbridled influence of the big banks, big oil, multinationals and a small elite of super-rich individuals. The Occupy movement was fiercely non-partisan. Sure, we were against the Republican Party – but we had no love for Obama or the Democrats. We wanted fundamental change – truly grassroots democracy – not to be ruled by a slightly more benevolent wing of the wealthy elite.

Yet, today I perceive that we are at risk of losing the guileless integrity and fierce independence that made us such a terror to the status quo. With every day that passes, Occupy becomes ever more wedded to the institutional Left – the Democrat Party and their “progressive” allies. With organizations like MoveOnsponsoring the 99% Spring, the Occupy movement is poised to become a tool for Obama’s reelection campaign. Six months ago, there was real hope that occupiers might find common cause with the grassroots, human base of the Tea Party (as opposed to the corporate-funded front organizations that now pass themselves off as a grassroots movement). Today, that seems unlikely, as Occupy becomes increasingly wedded to the failed dogma of the institutional Left, complete with uncritical support for the Democrat Party and its electoral aims. 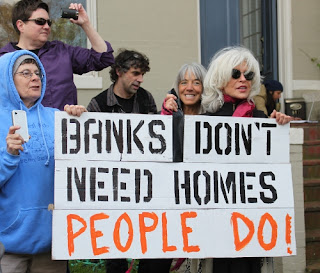 All this leaves me wondering: Is it too late for Occupy? Is the movement, in fact, dead? Just as the Tea Party has long been a coopted pawn of the anarcho-capitalist Koch brothers, is the Occupy movement inevitably falling into the orbit of the corporate paternalism of the Democrat Party? Worse than simply being dead, is Occupy becoming a zombie, play-acting at life, but in reality only serving as a puppet for another set of elite interests?