Let every person be subject to the governing authorities; for there is no authority except from God, and those authorities that exist have been instituted by God. … But if you do what is wrong, you should be afraid, for the authority does not bear the sword in vain! It is the servant of God to execute wrath on the wrongdoer. – Romans 13:1, 4

Along with millions of others around the world, I have watched with great sadness and outrage as peaceful demonstrations in Libya have been brutally suppressed by the autocratic regime of Muammar Gaddafi. Out of the brutality of Gaddafi’s security forces has emerged what is probably best described as a civil war, with 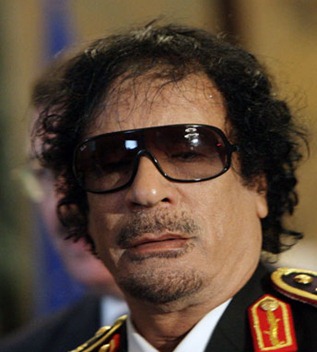 Gaddafi’s strongholds in the west of Libya squaring off with rebels, primarily in the eastern half of the country.

As the atrocious behavior of the reigning government in Libya has escalated, many around the world have called for military action to halt the violence and assist the rebels in removing Gaddafi from power. On the twelfth of March, the Arab League approved a resolution calling for a no-fly zone over Libya. According to US Secretary of State Hillary Clinton, this caused a “sea change” in international opinion. Yesterday evening, the United Nations Security Council joined the Arab league, voting to impose a no-fly zone over Libya.

As crushing violence continues across Libya, many have written in favor of a no-fly zone, while many others have opposed it for a variety of reasons. Both sides have rational bases for their positions, but I have not yet been exposed to a conversation about this crisis from a Christian perspective – particularly not from a perspective that holds war-making to be contrary to the Spirit and teachings of Christ.

I have sought such a perspective, because I am deeply concerned about the situation in Libya, and as a citizen of the United States I am – in at least a very small degree – a shareholder in the most 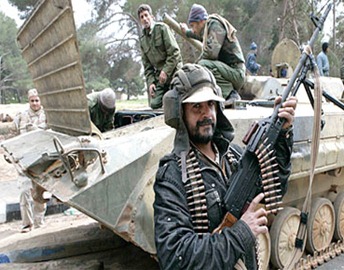 powerful military apparatus the world has ever known. As a citizen of this democratic state, I also theoretically have a small amount of authority in determining how this military force is – or is not – employed. In short, as a citizen, I feel a responsibility to to give broad guidance to my elected representatives in the hope that they will direct our military forces to act with wisdom and justice.

As a disciple of the Crucified Savior, I am skeptical of the very idea of military intervention. If I had my way, I would like to see the military budget entirely eliminated. I believe that Christ would be more glorified by a nation dedicated to peace-making and humanitarian efforts rather than the accumulation of military might and imperial ambitions. The very fact that we have a military force ready to project US power in North Africa does not reflect my highest ideals as a Christian citizen of the United States.

Nevertheless, those forces are there. They are equipped and prepared for most 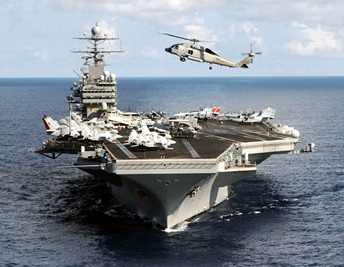 eventualities, and they stand ready for orders from the president. A president who, at least in theory, is in some small measure answerable to me. As a Christian who believes that it is important to participate fully in our democratic society, this presents a great dilemma. I am opposed to the very existence of our military structures and hardware, yet I am responsible in some degree for their use (or non-use).

In my search for a Christian response to this crisis, I went where I often go when I need to become better informed on an issue: Friends Committee on National Legislation. FCNL is the Quaker lobby on Capitol Hill, and by and large they represent my values. 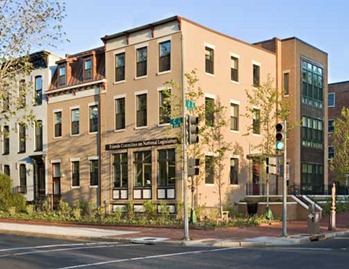 I can normally expect them to provide me with a well-informed, spiritually grounded and compassionate analysis of a given issue. In this particular case, however, I was disappointed. The statement that FCNL issued on their official blog amounted to little more than shrilly repeating their slogan, “war is not the answer.” The author of the post seemed to reason that the use of force is universally wrong and that the United States has no authority to use its military might to impose order in other countries. To impose a no-fly zone would be to “attack Libya,” pure and simple.

I do not think it is that simple. Most Christians I know – many of whom are Quakers – reject violence on general principle. Nevertheless, almost all of them still recognize the legitimacy of an armed police force in our cities and towns. While this might not be the method we would prefer to maintain an ordered society, most of us see armed law enforcement as a sad necessity. Even if we ourselves do not feel it is right to personally carry weapons and enforce order through the threat (or use) of violence, most of us would call the police if we felt threatened.

And yet, for many of us who are willing to lean on the violence of the police for our own protection, there is a reticence to take this logic to its international conclusion. Is international policing 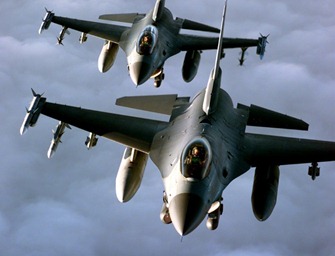 possible? If so, it would look a lot like war – just like intra-national police forces often look a lot like military units when they fight against organized crime. Where is the line between the legitimate authority of law-enforcement and the illegitimate use of violence by the state? I do not feel like we have a clear sense of this as Christians in the pacifist tradition.

I know that there are some Christians who do not believe that it is our role to involve ourselves in the political process. I also recognize that there are some Christians who truly are ready to die – and watch their neighbors die – before calling on armed authorities to impose order by force. This essay is not directed at these brothers and sisters.

At present, I write primarily to the majority of us who do feel called to engage in the political process. We feel responsible for the decisions of our policy-makers, and we are willing to avail ourselves of the sword that the governing authorities wield, even if we do not feel clear to wield it ourselves. How are we to weigh these issues?

It is not enough to simply say that we are against war. First, I believe we must get clear on what we actually believe constitutes “war,” as opposed to a legitimate police function on the international level. I also believe that, if we are to oppose the use of force, we have a responsibility to propose – and demonstrate – alternative solutions to violent intervention. If we cannot offer such solutions, how can we reasonably deny the imperfect means of others who desire to halt the bloodbath in North Africa?