Now you are the Body of Christ and individually members of it. – 1 Corinthians 12:27

Since becoming a Christian in the Quaker tradition, I have witnessed the wide range of character of many different congregations. There are the obvious differences, like attendance, geography and theology. There are differences in class background, age and the historical pedigree of the Meeting.(1) These factors, and many others, come together to make each Meeting unique, possessing its own character and special mission in its context.

There is one aspect of the character of our Meetings that I have sensed for years, but am only now beginning to be able to name. It is a subtle difference in worldview that makes a huge difference in how the Meeting understands itself and manages its affairs. The difference has to do with the way the group understands the relationship between the community and the individual. While different communities fall at different points in a spectrum of 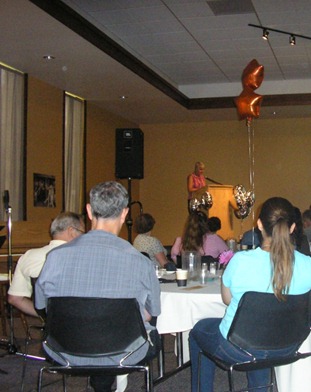 attitudes, I have noticed two broad tendencies in the way that our Meetings view themselves and the relationship between the Meeting and the individual members.

The first worldview, I will dub freelance ministry.(2) In this understanding, the community exists primarily as a resource for the work that each individual member is doing in the world. The congregation is, in practical terms, a free association of individuals who support one another in their particular callings. The other members of the Meeting may provide advice, emotional and spiritual support, and even financial backing to projects that other members undertake. Often, support consists primarily of fellowship and encouragement for each member in the good work that they do out in the world.

Freelance ministry is, in my experience, the most prevalent perspective found among Friends today. It is predominant in most of the Liberal-Unprogrammed Meetings I have visited, as well as in many pastoral and Evangelical congregations. Most of our communities view the individual as the primary recipient of God’s guidance, with the community serving as a resource for that ongoing journey of personal discovery and service to the wider world.

The alternative to the freelance worldview is a perspective which I label the Body of Christ view.(3) This view inverts the relationship between individuals and community. Instead of seeing the community as a resource for its members, those who are living in a Body of Christ worldview see the gifts of the individual members as being given by God for the community. Individuals who are members of a community with this outlook understand themselves as existing to serve the wider body, and spiritual gifts – whether 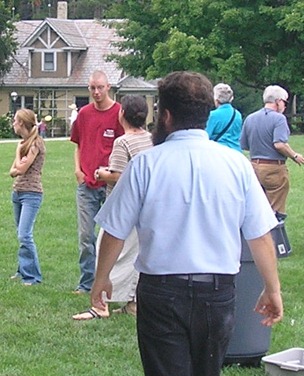 vocal ministry, eldership, oversight, or the myriad of other gifts that the Holy Spirit bestows – are given to individuals in trust for the Meeting.

In this perspective, it is not so much that an individual is given a gift of administration; instead, the community is given a gift of administration through the individual member. This is why Friends have traditionally recorded gifts of ministry, eldership and oversight: Not primarily to validate the individual, but instead to recognize and care for the gifts that God has bestowed on the Church.

This view is much less common than the freelance perspective, and for my first few years among Friends, I encountered it mostly in literature. Many books I read described the importance of having a Body of Christ worldview – and I came to agree, in theory – but I rarely saw this worldview embodied in a living community. For a long time, I wondered whether this understanding was lost to Friends, discarded at some point in the 19th and 20th centuries.
Recently, however, I have seen that there are still Friends communities that maintain a way of life that is primarily grounded in a community-centered understanding.

The main opportunity that I have had to see this worldview in action has been through my increasing involvement with Conservative Friends. As I began to spend more time with Friends in Ohio Yearly Meeting, I saw that their self-understanding was substantially different from many of the communities I had experienced before. Taking part more deeply 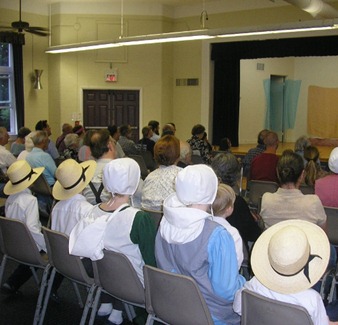 in the life of Ohio Yearly Meeting, eventually becoming a member of Rockingham Monthly Meeting, I realize that my own worldview is changing dramatically.

Since becoming a member of a Meeting that leans much more towards the Body of Christ side of the spectrum, I have found my rhetoric and practice shifting. I think much more in terms of “us” than in terms of “me.” When I examine the spiritual gifts of others or those that have been entrusted to me, I look to how they fit into the life of the community, rather than simply admiring them for their own beauty. I am being taught that the gifts that the Holy Spirit entrusts to me should not be the basis for pride – or even identity.

Calling and gifts change over the course of a lifetime, depending on the needs of the Body, and I am seeing that it is unwise to build my sense of self on things that are not, ultimately, mine. Safest, certainly, is to build upon the sure foundation that we find in humility and obedience to the ongoing guidance of the Holy Spirit. When I find my identity in Christ, rather than in the gifts he gives, I am much more likely to be flexible and obedient to leadings that defy my own sense of gifting. In a community with a Body of Christ 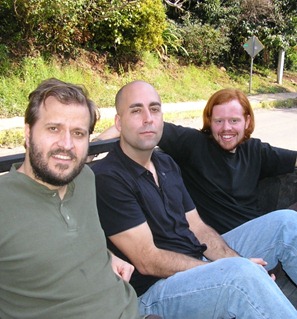 perspective, it is easier to relax and see that the gifts belong to the Church, not to me as an individual. It is easier to submit myself to the group, which in turn seeks to submit itself to Christ.

While it is in Ohio Yearly Meeting that I have discovered a community that really prioritizes the Meeting over the individual, I feel certain that there are many congregations outside of the Conservative Quaker tradition that live in a Body of Christ worldview. But it is not surprising that most of our Meetings seem to fall more into a freelance ministry perspective. The wider Western culture is so steeped in individualism, that to put the group first is a radical shift.

What are ways that we can encourage movement towards a more community-centered way of life in our Meetings? What does it take to develop a community where individuals are willing to lay down their own opinions, priorities and independence in order to build up the life of the group in Christ? How might we encourage the conditions where individuals can gain the level of trust and intimacy necessary to surrender our own prerogatives in order to build up the Body of Christ?

1. Talking about pedigree is complicated and ridiculous enough for its own series of posts. Is the Meeting Gurneyite, Hicksite, Wilburite? Modernist, Fundamentalist? New Meetings Movement, Neo-Conservative? There is so much confusion and contentiousness surrounding who we are as communities, and a lot of it is based in our history of divisions.

2. Ministry is just an anglicization of the Latin word for word for service, and in this post I am using the words “ministry” and “service” interchangeably. Of course, as Christian communities our service/ministry is done in the name of Jesus, and for this reason has a particular, sacramental character.