Skip to content
“Do not presume to say to yourselves, ‘We have Abraham as our ancestor’; for I tell you, God is able from these stones to raise up children to Abraham.” – John the Baptist, Matthew 3:9 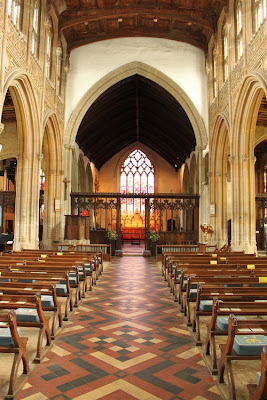 There are few things more dangerous than the comfort and hardness that overtakes a community with a proud heritage. The Saduccees and Pharisees of Jesus’ day were infested with this kind of spiritual pride, though they manifested it in different ways. The Saduccees placed their faith in the Temple – the rites and rituals ordained by God for the expiation of sin and the preservation of the Hebrew nation. Any compromise, even collaboration with the Roman occupation, could be justified as a means to the end of preserving the holy legacy that had been handed down from Abraham, Isaac and Jacob.
The Pharisees were reformers. They questoned the Saduccees’ focus on the Temple rites, instead placing their emphasis on personal holiness. Israel’s fidelity to the law of the Torah, in all its many details, was the path to salvation for the children of Abraham. By conserving every jot and tittle of the law, the Pharisees sought to maintain the rich heritage of the Jewish people. 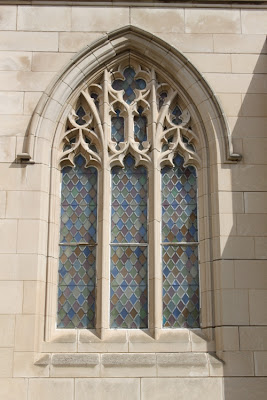 For both groups, God’s relationship with Israel was seen primarily in terms of things that God had already done. The Saduccees lifted up the ordinances that God had mandated at the establishment of the Temple. The Pharisees placed their focus on putting into practice the entirety of the Torah – especially the extensive code of rules and regulations revealed by God following Israel’s liberation from Egypt. The objective of Saduccees and Pharisees alike was to preserve a pristine past – a holy tradition that had been passed down for generations. It was a question of lineage.
It was in this religious and political milieu that God raised up John the Baptist. John was a prophet, carrying out a ministry of spiritual preparation for the Messiah who was to come. Leading a hard life in the desert, clothed in camel’s skin and eating locusts and honey, John proclaimed a message of repentance to those who ventured out to see him.(1) He invited those who were ready to change their minds and turn their lives around.
That is what “repentence” means. In the Greek, the word translated as “repetence” – metanoia – means to turn and change ones’ worldview and way of living. Standing by the river Jordan in the Judean wilderness, this wild-eyed prophet invited women and men to be baptized – an ancient Jewish rite of cleansing – as a symbol of their willingness to hand their whole lives over to God.(2) Basically, it was a Jewish tent revival meeting. 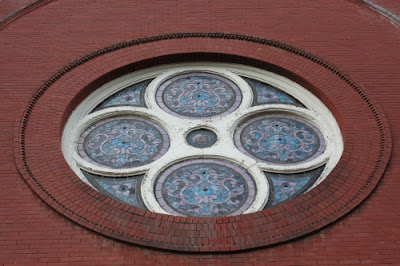 John’s ministry was different from the purposes of the Saduccees and the Pharisees. His mission was not to uphold the ancient rites of Temple worship and expiation of sin through animal sacrifice. Neither was he focused on detailed adherence to the hundreds of rules and regulations found in the Scriptures. Instead, John challenged those who gathered with him in the desert to change their entire way of seeing the world. Rather than seeing life as a set of ritualistic hoops to jump through – a venerable tradition to be upheld for the sake of the nation – John issued an invitation to practice simple justice and humility. 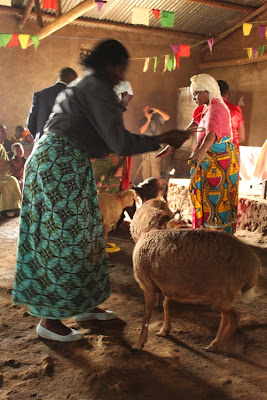 John’s ministry shifted the focus from a pattern of religious egotism to a lifestyle based in justice and self-sacrifice. Rather than make an animal sacrifice at the Temple in Jerusalem, John challenged the people to share their possessions with their neighbors.(3) Rather than focus on accomplishing every detail of the rules and regulataions found in Scripture, John pointed to the importance of doing justice and not exploiting the poor.(4)
Slowly, subtly, John began the work of shifting the popular narrative of salvation. Most of his contemporaries were asking, “what rules must we follow in order to be in right relationship with God? What are the regulations we must adhere to to receive prosperity?” Rather than simply give an alternative answer, John’s preaching suggested a new question: “How must we change our lives to embody the righteousness of God?” John’s call to repentance was a radical departure from the legalistic worldviews of the scribes and Pharisees. It was no longer enough to go through the motions of a calcified tradition. Israel was being called into a radical, life-changing encounter with the living God – a God who would not be confined to the Scriptures or a religious tradition, no matter how venerable. 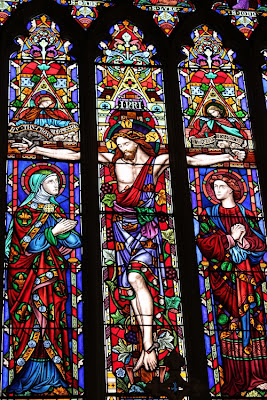 When Jesus arrived on the scene, he radically fulfilled and transcended John’s message. John called for a shift in the predominant narrative, calling the people to lives of mercy and justice. Jesus started where John left off, and invited us much deeper. More than basic human decency, Jesus called us into lives of universal love, self-sacrifice and holiness. The Messiah called us to imitate him, laying down our lives for others – even and especially our enemies.
Jesus fulfilled the spirit of the law, as embodied by John the Baptist. He lived the law to the fullest extent possible, yet not in the way of the scribes and Pharisees. While the rule-following priests were fastidious in their administration of the Temple rites, sacrificing animals as the law commanded, Jesus went the extra mile. Jesus himself became the sacrifice. The Pharisees kept the details of the law, ensuring their own superficial righteousness. But Jesus bore the fruits of righteousness. The blind were given sight, the lame got up and walked, and the poor and outcast were welcomed into the banquet of God, which the high-status “holy men” had assumed was only for them. 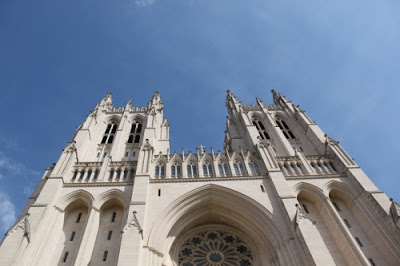 Jesus’ life, ministry, death and resurrection blew a hole in humanity’s attempt to control God and hide our own brokenness through an elaborate system of rules and regulations. When the temple curtain was torn, exposing the inner sanctuary to the light of day, God vindicated Jesus’ ministry of breaking down the claims of human tradition and ritual to give us access to God. God gave us notice: We are not in control. The Lord will not be confined to human constructions – mental or physical.
If only this were the end of the story! If only we had learned our lesson after witnessing God’s only son, full of truth and grace!(5) Yet, even among those today who claim faith in Messiah Jesus, the old idolatry of tradition and lineage have crept back in. It seems that we would still prefer a God that we can predict and control. 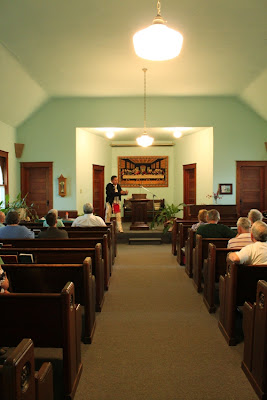 In many cases, the Church has taken on the likeness of the Sadduccees and Pharisees. We imagine that we can limit God through strict applications of the law. We have often turned Christ’s teachings into a new legal code, entirely missing the point of Jesus’ incarnation and of the Holy Spirit that he sends us. Like the children of Israel, we children of Christendom often imagine that we have privileged status before God. Because of our orthodox doctrine and our rule-following lives, we imagine that we have earned God’s blessing. Worse, we often consider ourselves (whether we admit it or not) worthy to judge others.
We clearly do not trust God very much. Rather than relying completely on the guidance of the Holy Spirit, we retreat into the false safety of human regulations. Truth be told, we prefer our relationship with God to be mediated – through the Scriptures, religious traditions, and a myriad of human philosophies and worldviews that vye for our allegiance. 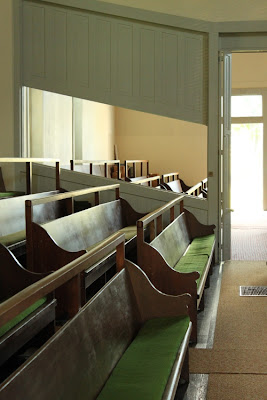 When we place our ultimate faith in outward authorities such as the Bible or “Quakerism,” we are not forced to be truly intimate with God. We can continue to relate to God as an object that we can control through appeals to our lineage or mastery of our tradition. We flee vulnerability. We fail to acknowledge our utter reliance on God’s grace and guidance on a moment-to-moment basis.
This lack of trust and surrender costs us something. We may claim the title “Children of Abraham” (or, alternatively, “Children of George Fox”). But God does not care whose earthly children we are. The Holy Spirit pours out on those, “in every nation [who fear God] and [do] what is right.”(6) God will be present with those who open themselves to be transformed by the encounter.
If we refuse to humble ourselves and live as branches of the True Vine, our life as a community will wither and die. God will choose other peoples to have relationship with. The Lord, “removes every branch… that bears no fruit.”(7) If we rest in our own human wisdom and tradition – no matter how orthodox – and refuse to allow Christ himself to lead us, God will cut us off and graft new branches onto the rich root of the Olive Tree.(8) 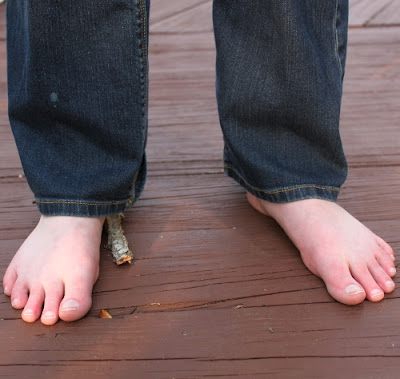 We should not ignore it when – week after week, month after month – our gatherings as a church feel devoid of spiritual power and the presence of our Lord. This is a warning sign that we have succumbed to a false sense of religiosity, allowing our pride and limited imagination to crowd out the work that the Holy Spirit desires to do in our midst. Rather than accept spiritual dryness as normal, let us instead repent – changing our lives and worldviews so that we will be more fully receptive to God’s surprising presence and purifying power in our life as a community.
–
1. Luke 3:8
2. Luke 3:3
3. Luke 3:10-11
4. Luke 3:12-14
5. John 1:14
6. Acts 10:35
7. John 15:1-2
8. Romans 11:17
9. Luke 3:4, Isaiah 40:3