Have they no knowledge, those evildoers,
who eat up my people as they eat bread,
and do not call upon God?
…they will be put to shame, for God has rejected them.
– Psalm 53:4-5 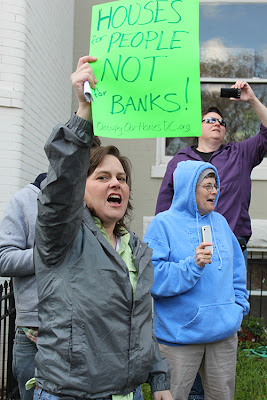 This weekend, I had the opportunity to attend a conference sponsored by Project No One Leaves – a gathering of attorneys, organizers and activists who are working together to address the US housing crisis. Representing both the “shield” of legal defense and the “sword” of grassroots direct action, practitioners from around the country came together at Harvard Law School to connect and strategize for building a broad-based movement to keep residents in their homes and defend our neighborhoods from the abuses of predatory banks and investors.

I was particularly excited to get to know folks at City Life/Vida Urbana (CLVU), an established community group that organizes around issues of housing justice. CLVU is an inspiration for many of us in this movement – a case study in what success looks like, and a model to be replicated in other city regions. City Life/Vida Urbana has pioneered a “sword-and-shield” approach to housing organizing, pairing legal education and counseling by lawyers and students with the power of direct public pressure brought to bear on banks and investors. It has become clear that we need warriors for justice, lots of em. 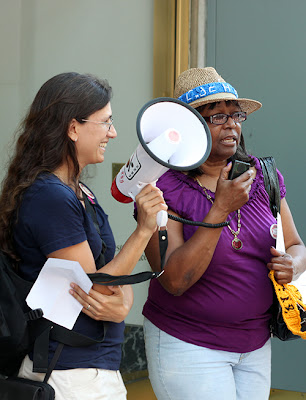 The highlight of my time in Boston was Sunday, when I was able to participate in CLVU’s campaign to challenge the dirty dealings of City Realty Group, which has bought up over a hundred properties across Boston and is systematically evicting tenants and imposing brutal rent increases to drive out working-class residents. We spent time Sunday canvassing properties owned by City Realty, talking with tenants about their rights, and encouraging them to come to CLVU meetings to get free legal counsel and organize with others in their same situation.

It was a powerful experience to witness the human cost of City Realty’s business practices. One woman we talked to had her rent raised by $150 dollars when City Realty bought the building. She had been living in the building for five years and never missed a rent payment, but when her rental check was one day late she woke up to find an eviction notice on her door! I met another man who lost his home to foreclosure and tried to buy it back from the bank for $230,000. At the last moment, City Realty group swooped in and bought his home out from under him for $233,000. Then, they let him know that he could have it back, but it would cost him $490,000! 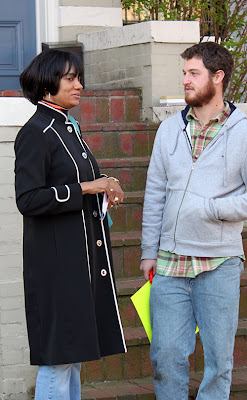 While we were canvassing, we actually ran into a couple of folks who apparently worked for City Realty. From what we could tell, the tenants of the building had been evicted, and these men were getting the property ready for new, higher-rent tenants. As we tried to engage them in conversation, they were intensely defensive. These men knew that they were up to no good.

Door-knocking in west Boston, we saw both sides of this story. We met those who had been struck, and those who were delivering the blow. We saw the working-class women and men of color who wanted to stay in their homes, and the wealthy investors who saw their homes purely as business opportunities. I was outraged at the gangster-like character of these real estate investors, whose business model relies on pushing families out of their homes. It was almost enough to make me want to move up to Boston and get involved in the fight. I was mad as hell!

Later on, I had the opportunity to debrief my experience with a friend. I told him about what I witnessed, how furious I was, how wrong the men at City Realty were, and how we had to fight back. My friend was clearly concerned about the way I was talking. “What about ‘that of God’ in the real estate investors?” he asked me. “Aren’t we called to love them, too?”

This question surprised me. I had just described a grave injustice occurring – evictions, dispossessions, the livelihood of ordinary folks being gobbled up to line the pockets of a few crafty men – and my friend’s first reaction was to talk about “loving” these perpetrators of structural violence? 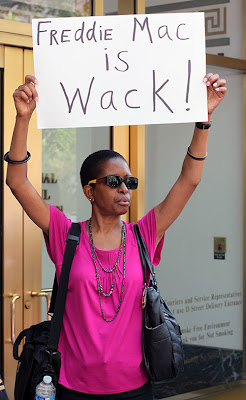 Of course, as a follower of Jesus Christ, I am called to love my enemies. But that does not mean I do not have enemies, nor that I need to be nice to those who plot evil and eat up my people as if they were bread. Jesus knew how to call a fox a fox. He knew a den of vipers when he saw one. I looked into the face of evildoers yesterday, and I am not going to sugar-coat what I saw. I am not going to play nice with those who steal from orphans and widows.

It has never been clearer to me that there are times to bind up a whip of cords and chase out the moneychangers. Real love refuses to allow injustice to stand. If “loving” the oppressor means assuming the best about their motivations, I don’t. If “loving” them means treating them with gentleness, allowing them to continue doing evil unchallenged, I can’t.

Real love gets furious in the presence of oppression. Real love sees that the only way to freedom – for all of us, regardless of our station in life – is to work for justice for the widow and the orphan, the foreigner and the poor, those who are most marginalized in our society. We will be judged based on how we treat the least of these.

Too often, we religious people try to suppress anger. We want to skip over it, and go straight to joy, tenderness and healing. We want the resurrection without the crucifixion. I fear that, all too often, we worship a God who lets us off the hook, rather than a holy, righteous God who expects us to be transformed – who baptizes us with the Holy Spirit and with fire. 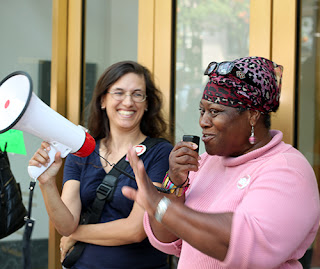 Anger is a gift from God. It is an alarm bell, alerting us to the presence of conditions that we should not accept. Before we can even consider how to speak tenderly to those who are taking advantage of our people, we must first know that wrong really is wrong. We must hear the wake-up call of anger, letting us know that this kind of behavior is unacceptable. We have to feel in our bones that dispossessing the poor is evil, that pushing families out of their homes for profit is a despicable business.

For a middle class person like me, it is easy for me to treat this kind of injustice as an abstraction, but I cannot do that anymore. Holy anger has woken me up. This struggle is real, and I have to be a part of it.