But you are a chosen race, a royal priesthood, a holy nation, God’s own people, in order that you may proclaim the mighty acts of him who called you out of darkness into his marvelous light. Once you were not a people, but now you are God’s people; once you had not received mercy, but now you have received mercy. – 1 Peter 2:9-10

I recently came across a thought-provoking article in the online magazine Missions Frontiers entitled “Jesus Movements.” In this essay, Gavriel Gefen describes what he sees as an emerging movement of people in a wide variety of religious and cultural settings who are becoming followers of Jesus. Rather than leave their birth communities to join western-style church communities, these new followers of Jesus continue as part of the religious and cultural communities of their birth, serving as witnesses to the life 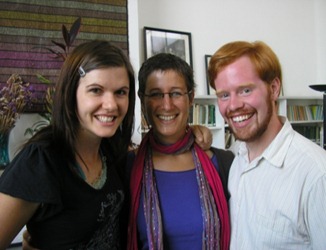 and power of Jesus in their Muslim, Buddhist, Hindu and other religious communities.

Overall, I liked this article. I appreciated the author’s recognition that Jesus is alive and active, both within and beyond the established Christian community. Friends have long held that Jesus Christ is directly available to every person and every community, and I was glad to see this perspective lifted up by a brother from a different Christian tradition. Nevertheless, there were some aspects of Gavriel Gefen’s article that gave me pause. In particular, I was skeptical of the idea that one could, “[accept] Jesus without converting to Christianity and without joining churches.”

The underlying question is this: Is Christianity (and the Christian Church) primarily a cultural institution, or is it primarily a spiritual communion that transcends any particular culture? I would propose that the Christian faith consists of a living relationship with Jesus Christ though the Holy Spirit. This relationship draws us into discipleship with Jesus and into fellowship with our brothers and sisters in the Lord. True Christian faith can only exist as we are 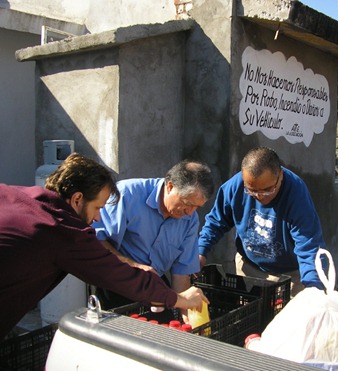 gathered together by the Lord Jesus himself. It does not depend on any particular cultural institution.

That is not to say that culture is irrelevant. Human culture can serve as either an aid or an impediment to the work of the Spirit. In Christ, we are called to transform our culture. Just as we as individuals are redeemed and made a new creation in Christ Jesus, so too must our corporate life and culture be brought into the Kingdom of God. This is not something that can be imposed by human regulations, but must emerge from a living experience of the Holy Spirit.

We have often tried to establish the Kingdom of God under our own strength, of course. Since the legalization of Christianity within the Roman Empire by Constantine in 313 AD, the Christian Church has often been wedded to state power, and has used coercion to influence the wider culture. Inevitably, however, the Church’s collusion with imperial power had at least as much affect on the Church as the Church did on the surrounding culture. In general, the witness of the Church was compromised. Rather than serving as a prophetic voice on the margins of Empire, the Church took a 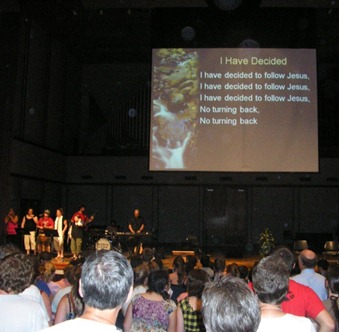 seat at the right hand of the Emperor, often taking part in the injustice and coercive power of the state.

This blasphemous union of Christian faith and imperial power, which is only now losing its grip on the western world, is known as Christendom. Christendom is a constellation of beliefs and institutional structures that maintain (and enforce) “Christian nations.” Priests and cathedrals, inquisitions and popes, crusades and government-enforced tithes – these things have formed the basis of a supposedly Christian western civilization. But, as the Anabaptists and Quakers revealed through their prophetic ministry, suffering and martyrdom, Christendom is not the Church. On the contrary, Christendom is the means by which a sinful culture captures and subverts the very Body by which it should be critiqued.

Western Christendom cannot be equated with Christianity. The Christian Church is so much broader than the Western context where it has historically been most dominant. The Church has always been present in a wide range of cultural contexts, from the Mediterranean to the British Isles, from Ethiopia to India and China. Today, there are indigenous Christian communities in every nation on earth, and the gospel is coming to life in an ever wider variety of cultural contexts. In the absence of the suffocating state control and power politics of Christendom, the gospel message and 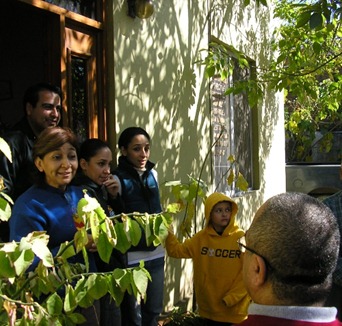 Christian community is flourishing throughout the world as never before.

Certainly, as the Church continues to develop and grow into new contexts, it will be essential that we contextualize the gospel into those cultures. There is a desperate need for culturally relevant expressions of the gospel in the post-Christendom West, where the spiritual needs of the culture are at least as great as those of the non-Western world. As Jesus draws together women and men in local cultures across the planet, we will need to re-discover how to be the Church together. Just like the early Church, we must re-articulate and re-enflesh our witness to Christ’s presence and work in our lives. In this, we become connected to the worldwide Body of Christ.

When we accept the Good News of Jesus, receiving the Holy Spirit in joy and transforming love, it is not a question of “joining a church” or “converting to Christianity.” Through faith, we become the Church. When we experience the power of the Holy Spirit, Christianity becomes a living reality in our own culture and context. We are simultaneously drawn out of the fallenness of our native cultures, while at the same time being sent out as change agents to the local context. We are called neither to abandon our communities, 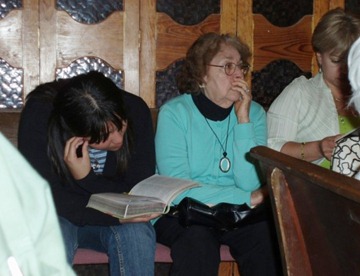 nor to conform ourselves to sin. We are to transform the culture just as we ourselves are being transformed.

We should not imagine that lone followers of Jesus can continue to be Buddhists or Muslims. When a person receives the Holy Spirit and makes the decision to follow Jesus, they have become a part of the worldwide Body of Christ. They have become a Christian. Nevertheless, it is vitally important that these new Christians remain engaged in their native cultures – whether these have historically been part of Christendom, Islam, Buddhism, or other cultural heritages.

Just as important, it is crucial that we recognize that life in Christ is not primarily an individual affair. Our commitment to Jesus changes not only our relationship to God, but also to our fellow women and men. As we live into the Kingdom, we are called out to be God’s own people, living in unity with others who have accepted Christ’s light and truth. An essential aspect of our walk with Christ is to become part of a wider body of disciples. These communities – local meetings of the Church – must be adapted to particular contexts. Our communities will look very different in culturally Muslim regions than they will in culturally Buddhist or post-Christendom cultures. If 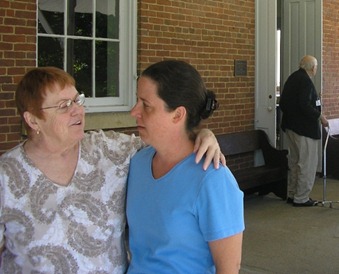 these communities are united in the Holy Spirit, however, they will all form part of the Church of Jesus Christ.

As Christ’s Body continues to grow organically throughout the world, we should expect to encounter new and unexpected expressions of the Church. The early Church adopted many Hellenistic philosophical ideas and Greco-Roman cultural traditions, allowing them to contextualize the gospel in the ancient Mediterranean. In the same way, the Church today will take on the flavor of the Muslim, Buddhist, Hindu, Animist, and secular Western cultures where we are emerging into new life in Christ. For Jesus’ sake, we must be willing to become all things to all people so that by all means some might be saved. (1)

As we undertake this radical, apostolic ministry across language and culture, let us take care not to lose sight of the unity of Christ’s Body. Rather than a scattered collection of individual followers of Jesus, we are to become one people. Though outwardly diverse and rooted in a rich variety of cultures, languages and historical memories, we are united through Christ’s atoning work in our lives. Praise God the Father, who through his Son, Jesus Christ, has called us out of all the nations of the world to be his people!