Recently on Facebook, I mentioned that I was “trying to piece together a Quaker philosophy of church-planting.” Before I knew it, I had dozens of comments, ranging from skepticism at the very 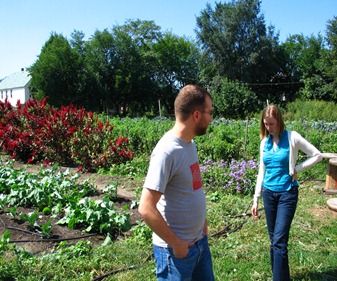 idea of church-planting to excited messages expressing that this was something that God was laying on their hearts, as well. It felt like there was quite a bit of energy around this topic, and so I set up a Facebook group called “Quaker Church-Planters” as a point of connection for folks who are interested in exploring how we can, “gather people into fellowships where Jesus Christ is known, loved and obeyed as Teacher and Lord.”(1) As of this writing, the group has over fifty members. Not bad for a branch of Christianity that is notoriously bad at sharing its faith!

Starting a Facebook group was easy; just a few clicks, and we were on our way. But it is another matter entirely to empower and equip Friends to live into the call that Jesus issued in Matthew 28. That is going to take some real time and dedication. We need to be praying, studying the Scriptures, looking into what our heritage as Quakers has to teach us, and reaching out to one another to support each one in living into the mission that God has for us. And we are called to act. When we have prayed, and studied, and considered what Christ is demanding of us, it will soon be time to take our first steps into the mission field.

Christians in the West have long talked about “missions” or “missionary” work exclusively in terms of sending missionaries to foreign countries – preferably countries with non-white peoples, 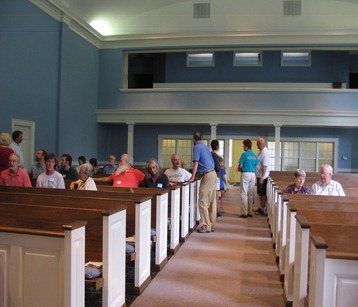 non-European languages, and cultural and economic systems different from Western European civilization. In this model of missions, Europe and its predominantly European colonies were understood to be the homeland of Christianity. Christendom – a cultural, religious, political and economic system based in Europe and North America – was the bulwark of the Christian faith. These were societies where the work of missions had long ago been accomplished, and the role of these mature Christian societies was to send missionaries to the rest of the world. Only by “bringing light to the darkness” of Africa, Asia and Latin America could the cause of Christ be won.

There were many problems with this model, not the least of which was the culturally and economically imperialist assumptions that were often interlaced with the good intentions and sincere faith of many Western missionaries. The fundamental problem with the colonial model of missions, however, was not cultural or economic imperialism – as sinful as those excesses were and are. The core flaw in the colonialist mindset was the assumption that the West possessed Jesus Christ, and that we had to deliver him to those outside of Western Christendom who had no access to him.

This mindset remains in force in many circles today, as we see with initiatives like the Joshua Project. Many well-intentioned Western Christians believe that their primary mission is to get the word out to non-European ethnic groups, convincing them to become Christians in the Evangelical tradition. Still, the assumption is that we in the West “have Jesus.” The United States and Europe are steeped in fifteen-hundred years of Christian tradition. Our cities are filled with Bibles, church buildings, denominational headquarters and missionary societies. From all outward signs, the Gospel has been preached to the West. “Mission accomplished.” 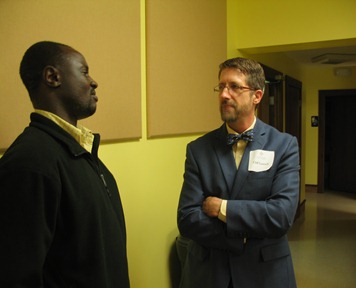 ancient texts; nor is he a distant observer, peering down from his heavenly throne. Jesus is risen, and he lives among us by his Spirit. We do not possess Jesus as a society any more than the Pharisees did. We can abuse him, misrepresent him, even crucify him like our spiritual forbears – but we will never own him. Jesus is the sovereign Lord of all nations – England and France, America and Spain, Nepal and Arabia. He lives in the most remote, non-Christian village of Indonesia, just as he does in Rome – and he reigns in any heart that will accept him, regardless of whether they have heard the gospel story or accepted a particular group’s interpretation of Christianity.

The Gospel needs to be preached everywhere, in every culture, and this is just as true in Detroit, Oklahoma City and Philadelphia as it is in Mumbai and Riyadh. In contrast to the colonial perspective that views Jesus as a possession of Western culture, the missional worldview sees the dire need that many in the West have to hear the Good News and to be invited into communities where they can grow as disciples of Jesus. As a missional church, we recognize that the West has never truly been “Christian,” in the sense of being yoked to Jesus as a culture. We have always been rebellious and mired in sin, as is starkly apparent from the actions of the so-called “Christian” world in the past fifteen hundred years. Crusades, genocide, war, racism and greed – we have perpetrated all of these atrocities with the name of Jesus on our lips. Clearly, the West’s outward confession of Christ has not always reflected a changed heart. The missional church is about seeking that changed heart, demanding a life of wholeness and holiness from those who claim to be following Jesus. 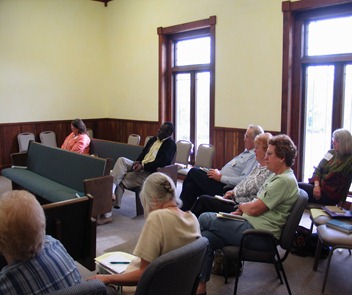 power and Christ’s daily guidance in our lives, we see that all nations – including our own Western society – are fallen, lost, and in need of restored relationship with God. We know from our own experience that this restoration is possible, and that through obedience to Jesus we can be made whole and be brought into genuine fellowship with others who are walking in the Way.

As we examine what a missional Quaker faith might look like, we should always have this simple truth in mind: God loves us and wants to have restored relationship with us, despite our repeated decision to live in outright rebellion against God, both individually and as a culture. God loves us, despite the way in which we have repeatedly turned away from God throughout our history. God loves our neighbors, our classmates and our co-workers. God loves the cities and towns we live in. God desires to gather us together in Christ, so that we can know what true love and unity is. And God is calling us to join with Christ in his ministry of gathering the millions of individuals who are searching for meaning in our post-modern, post-Christendom society. In a world where consumerism and partisan politics are often the height of common meaning, we are in great need of the love of Jesus Christ. 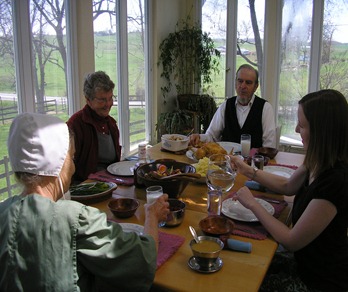 to respond to Christ’s call to join him in the harvest field. I will begin with an exploration of what must be at the core of our faith: the Lord Jesus, both as we know him in Scripture and in our experience as individuals and churches. Next, I will detail the importance of cultivating a spirituality of receptivity, yieldedness and deep listening, and how this practice of waiting on God informs our leadership models and our decision-making process.

Having established the ground of our faith – Jesus Christ, and waiting on him to know his will – I will share about the importance of discipleship, encouraging and equipping one another to grow in faith and in Christ-like character. From this basis, I will go on to discuss how our transformed lives can serve as a basis for transformation in our society, and in establishing new Christian communities.

As we are inwardly and outwardly conformed to the image of Christ, we will experience growth both as individuals and as communities. My sixth essay will focus on what this kind growth might look like for us as missional Quakers. Finally, I will conclude by exploring what it could mean for us to be outwardly focused, taking risks in order to share the love and power of Jesus beyond our class and cultural comfort zones.

The overall goal of this series of essays is to provide a basis for the establishment of new Christian communities, though I believe that if this vision were generally implemented, it would also have a profound effect on our already-existing Meetings.

I must give credit to Alan Hirsch, whose book The Forgotten Ways helped me in organizing my approach to this topic, as well as influencing my thought in a number of ways. While Hirsch and I come from very different backgrounds and are not in agreement on all issues, I appreciate his ability to organize concepts in a way that flows and makes sense.