We have talked a great deal about our mission as Christian fellowships, but how do these communities form in the first place, and what sustains them? Most fundamentally, of course, the Spirit of Christ gathers us and holds us together in unity by his grace and power. As Paul writes to the Corinthians, “I planted, Apollos watered, but God gave the growth.”(1) But, as revealed by this same passage of Scripture, God does use men and women to nurture the Seed that God sows in every heart and every culture.

As members of the Body of Christ, each of us is given gifts by the Spirit that are meant to build up the body as a whole. There are a 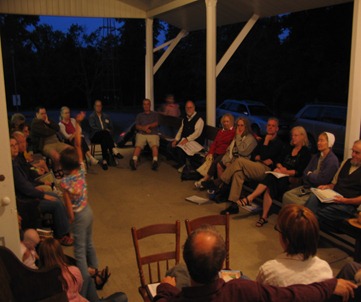 wide variety of spiritual gifts that are explicitly mentioned in Scripture(2), ranging from the apparently mundane (administration and generosity) to the spectacular (speaking in tongues and healing). The church needs a diversity of gifts, and each community that seeks after God’s will is given the spiritual resources that it needs to be faithful in the work God calls it to.

The Three Traditional Offices of Friends


Among Quakers, there have traditionally been three offices that have been formally recognized: Gospel ministers, elders and overseers. Each one of these roles is made possible by the gifts that Christ bestows on his Church. Let us briefly examine each of these offices, to learn what Friends tradition might have to teach us about the healthy functioning of the Body of Christ.


In many Christian groups, “ministry” has been held to be the function of only a small priestly class of men. However, Quakers radically redefine the prevailing assumptions about what ministry means, and who can perform it. Because Friends believe that Christ is present and active in everyone who submits to him, all Christians are ministers in a certain sense. God’s calling for each woman and man becomes his or her ministry, his or her way of proclaiming the Kingdom of God. 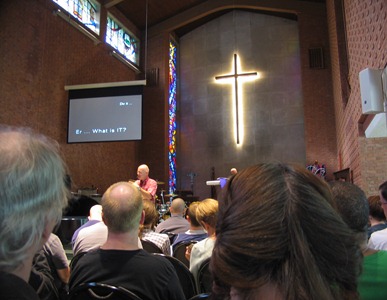 The role and gifting of the gospel minister is to reveal the word of God through inspired preaching, teaching and personal example. Under the guidance of the Holy Spirit, the gospel minister calls attention to the presence of Christ in our midst, and calls the community to repentance and transformation. The woman or man who is called to gospel ministry cries out with Jeremiah, “But if I say, ‘I will not mention [the Lord] or speak any more in his name,’ his word is in my heart like a fire, a fire shut up in my bones. I am weary of holding it in; indeed, I cannot.”(3) Of the spiritual gifts mentioned in Paul’s letters, those that are most necessary to a gospel minister are: Exhortation, prophecy, teaching and discernment.(4)


The second traditional office among Friends is that of elder. Elders are above all concerned to care for the depth of the spiritual life of the Church. This care extends both to the meetings for worship, as well as to providing support and accountability for gospel ministers.

In the New Testament, the word “elder” seems to be rather vague – referring generally to respected leadership within a religious/ethnic community. It seems that it was an equally vague term among the early Friends in the mid-1600s; but within a generation or two, the office of elder had come to have a very specific meaning and function.(5)

Among Friends, elders are recognized for their special gifting in discernment and intercessory prayer. They are of particular help to 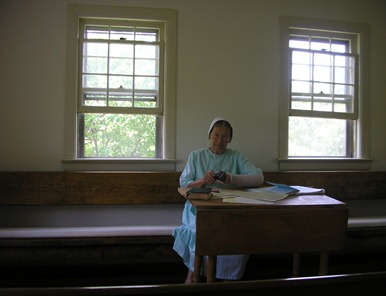 those who are exploring new spiritual gifts and are finding their place in the Body. They are also of great help to seasoned gospel ministers, who rely on elders for their wisdom and spiritual grounding. Above all, the special calling of the elder is to hear how the Word of God is speaking in the midst of the gathered community, and, through ongoing prayer, to nurture the conditions for the Word to be received in every heart. Of the spiritual gifts that are described in the New Testament, those that stand out as crucial to an elder are: Teaching, discernment, faith, knowledge, and wisdom.


The role of the overseer is, as the name suggests, to keep watch over the disciple-community, making sure that everyone’s needs are being met. The earliest example of overseers being named can be found in Acts 6, where the Apostles ask that the growing Church in Jerusalem choose for themselves, “seven men of good standing, full of the Spirit and of wisdom,” who could be appointed to supervise the daily distribution of food and other resources among the believers.(6) The role of these seven original overseers was to make sure that the needs of everyone in the community were met.

The role of overseers among Friends has been slightly more expanded from the original instructions to the first overseers.(7) 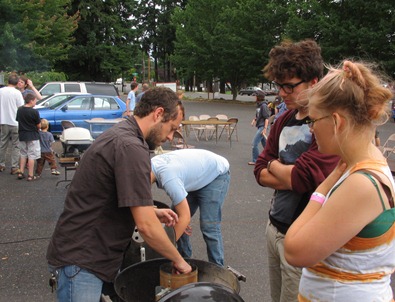 While the elders care especially for the meeting for worship, as well as for gospel ministers, overseers are primarily concerned with the material, emotional, and interpersonal needs of the community. Pastoral care, informal spiritual counseling and conflict resolution are a major components of the work of the overseers. Of the spiritual gifts mentioned in Scripture, some that are particularly relevant to the work of the overseers are: Mercy, generosity, service, administration, helps, and hospitality.

The Gift of Apostleship


Examining the traditional triad of Quaker leadership, there is an elegant symmetry and balance to its structure. Gospel ministers 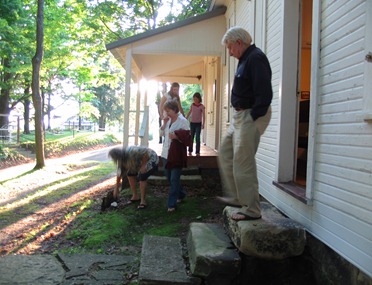 challenge and expose the community to the Light of Christ, calling for repentance and changed lives. Elders hold the gospel ministers accountable and ensure that the community is fully grounded in the love, truth and peace of Jesus Christ. And Overseers ensure that, while the gospel ministers and elders are busy attending to the spiritual depth and integrity of the local church, the physical and emotional needs of the members are not neglected.

And when our communities are healthy, this basic model can work. Gospel ministers, elders and overseers work together to build up the Body and equip us to do the ministry that each one is called to. This threefold equipping ministry forms a vibrant core from which a wide variety of other ministries can emerge and remain grounded in Christ.

But as we look around today, we see that most of our church communities are not healthy. Even in those few communities that 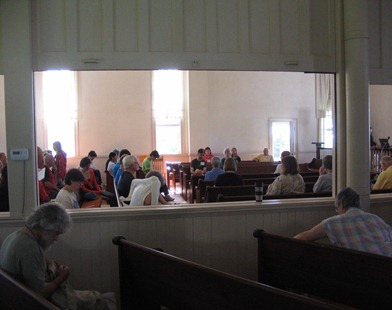 have maintained the traditional offices, the theory often fails to work out in practice. What is missing? I will suggest that while the spiritual gift clusters represented by the offices of gospel minister, elder and overseer are vital and necessary to the life of our communities, the Church as a whole cannot flourish without the gift of apostleship.

Apostleship can be a confusing word. For many, it is inextricably linked with the original twelve Apostles, and Paul – the unofficial “thirteenth Apostle.” To apply this word to believers today might seem out of place. Who would call themselves an “apostle” in this day and age? If the word “apostle” puts unnecessary barriers in the way of sharing the Gospel, then it may be best to avoid applying the title to women and men today. Nevertheless – the gift of apostleship is desperately needed by the Church today. We cannot do without it.

In Scripture, an apostle is simply “one who is sent.” Apostles are messengers, guided by the Holy Spirit and bringing the good news 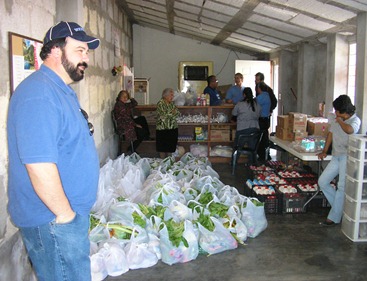 of Christ Jesus to the people. Apostleship as a spiritual gift is clearly embodied by the ministry of Paul. Paul had an ongoing ministry to disciple-communities across the Mediterranean, nurturing new churches, counseling established ones, and overseeing a number of ministers who worked with him to establish the Church in a variety of local contexts. Paul had a vision for the early Church, given to him by Christ, and he pursued this vision with every ounce of his strength. His gift was to help give shape and direction to a movement, spanning geography, culture and ethnicity. Everything he did was for the building up of the Body of Christ, and for developing and strengthening a network of believers that spanned continents.

The gift of apostleship is essential to unlocking the God-given potential of the Church, and it is at the heart of what missional Quaker faith looks like. The major concern of the apostolic gift is mission itself. Specifically, marks of apostolic ministry include:

Clearly, if this gift of apostleship is absent from our communities, we are missing a dynamic component of the Spirit’s gifting. Without 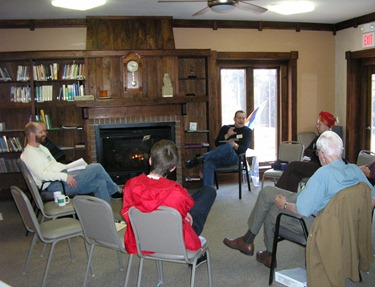 recognizing, embracing and empowering the apostolic gifts among us, we are doomed to remain in a downward spiral of unreflective, self-centered ministry that ultimately results in the disintegration of the Body of Christ. We have witnessed this decline in the Religious Society of Friends in the West during the last half-century, and this trend is equally clear in the mainline Protestant denominations in North America.

But what if we embraced the gifts in our midst? They are there, after all; for God does not call us to anything that we are not equipped by the Holy Spirit to accomplish. What would it look like if we allowed Christ to transform us from settled, mostly self-serving communities into a Spirit-led movement that broke down cultural, ethnic, class and social barriers? What would we become if we laid down everything – even the Church as we know it – to follow Jesus?