For most Christians, there is an assumption that the faith and practice of the early Church bears a certain special authority. Some communions express this in doctrines of “apostolic succession,” in which the modern-day Church receives its spiritual authority as an inheritance, passed down from the first-century apostles to the present-day church leadership. In other denominations, the canonical Scriptures are understood as bearing this fundamental authority. The Scriptures transmit the story of the life, teaching, death and resurrection of Jesus Christ, and they also provide us with a glimpse into the life of the early Church. The early Church, as we encounter it in Scripture, serves as a model for us today.

The Religious Society of Friends also gives priority to the early Church. The first-generation of Quaker preachers and evangelists understood themselves as a re-emergence of the true, spiritual Church of Christ. One of the principal slogans of the early Quaker movement was “primitive Christianity revived.” Early Friends claimed that the Church had fallen into apostasy in the centuries since the 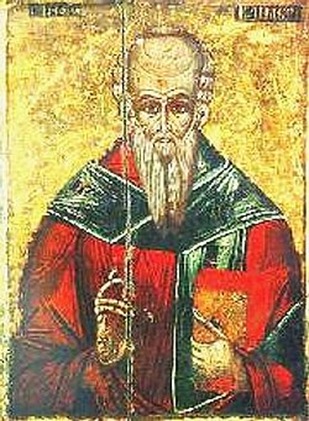 events detailed in the Book of Acts, and they believed that the new Quaker movement represented not a new sect, but a rebirth of the first-century Church.

The interesting thing is, in many matters of practice, the Quaker movement diverged from the pre-Constantinian Church. The early Church practiced water baptism, for instance. And the Lord’s Supper. Within the first few generations of the Christian faith, there were clear hierarchical lines of authority established within the Church spreading throughout the Roman Empire. There were priests and bishops, very similar in their function to the priests and bishops in the Eastern Orthodox communion today.

The Friends movement denied the legitimacy of a human priesthood, calling it a blasphemy against the true and eternal priesthood of Jesus Christ. The early Quakers rejected water baptism, claiming that it was a Jewish rite that no longer applies to those who are in Christ.

Similarly, Friends eschewed the ritual of bread and wine that is so central to most Christians. Jesus, they claimed, never meant to institute a perpetual ceremony for the Church to observe. While the early Friends movement undoubtedly bore the marks of spiritual anointing and apostolic authority, there were many differences between their practices and those of the primitive Christianity that they felt they embodied.

As a twenty-first century Christian in the Quaker tradition, this leads me to wonder about how we as a Church are to relate to our spiritual ancestors – whether they be the early Quakers, the Doctors of the early Church, the Apostle Paul, or the Twelve Apostles or the first-century Church in Jerusalem. How do we make 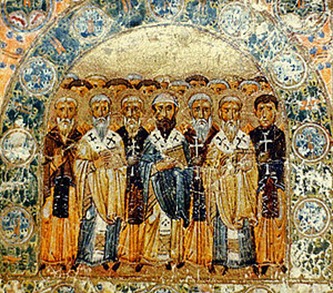 sense of the differences in theology and practice among them? How do we decide who our ultimate guide should be?

If our object is to preserve undefiled the faith and practice of our spiritual forebears, we must first decide which ancestors have primacy. As Quakers, do we privilege the early Friends over the Doctors of the early Church? On what basis? And if we choose to privilege the more universally recognized teachings of the Doctors, how do we make sense of our own tradition as Friends, which certainly differs with the understandings of the early Church on several points?

Most of the denominations that have emerged out of the Protestant Reformation base their faith and practice on a particular interpretation of Scripture. The justification for everything they do is “the clear teachings of Scripture.” Scripture trumps the teachings of the early Church – and certainly the teachings of the medieval Roman Church. For most Protestants, Scripture is the foundational bedrock where Christians can go to test all doctrines. Given the plethora of Protestant denominations today, it is clear that this did not provide a complete solution to the question of authority. Ultimately, each denomination stands on its own particular interpretation of what the Scriptures “really mean.”

In many ways, Quakers are no different. We have particular passages that we like to harp on. The early Friends focused a lot on the book of James, Hebrews, John and Revelation. Our reading of Scripture is certainly particular, biased, sectarian. We have this in common with the Protestant denominations. The difference, though, is that Friends have always believed – at least in theory – 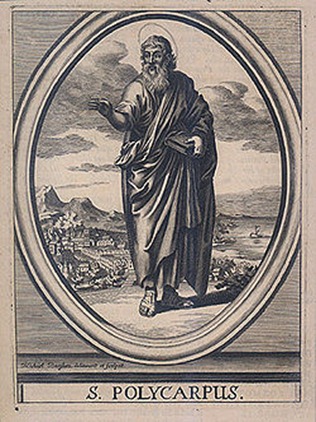 that Jesus Christ is literally present with us in the present day. The foundation of our faith as Friends is not the example of the early Church, the early Friends, or even the Scriptures. It is Jesus himself. Here. With us.

Our experience has been that of Paul, who wrote that, “no one can lay any foundation other than the one that has been laid; that foundation is Jesus Christ.”(1) The early Church, the Roman and Eastern communions, the Protestant reformers, early Quakers, Methodists and Pentecostals have all built upon that true Foundation. There have been many times that we have gotten it right, and plenty of others when we have messed up and missed the whole point. Jesus Christ, resurrected and present with us today, is infallible; we, his Church, are not.

Sometimes our spiritual ancestors screwed up. Think of slavery. Or the subjugation of women. Despite our failings, however, I believe that our spiritual ancestors have – by the grace of God – gotten more right than we could reasonably expect. We look back to them because they provide such a good example to us. We look back to their discernment, their sense of Christ’s presence, the truth that was revealed to them, and we learn a lot. We do not always have to re-invent the wheel.

At the same time, even when the early Church and other spiritual ancestors have gotten it right, context matters. Things that were right for a particular time period may not be universally applicable. For example, I think about the early Quaker rejection of instrumental music, congregational singing, art and literature. I believe I understand why they stood against these things, given the corruption they saw in the institutional Church at that time. Music 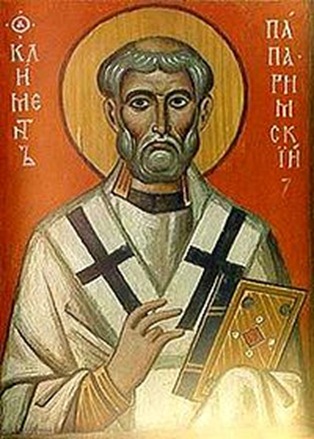 and visual art were a big part of the culture of entertainment-oriented church services. Nevertheless, I do not believe that the early Friends’ rejection of these things is a universal truth for all times and places.

We face new challenges today. While some of the concerns of our spiritual forebears may no longer be applicable, we are confronted with so many issues that they could not have foreseen. Cars and cell phones, the internet and television, automobiles and air travel. We have a great deal of discernment to do as Christ’s Body, and we are not going to get clear answers from our ancestors. Not even from the Bible. But we do not have to let this deter us from embracing these challenges. Jesus is still here with us, and he will show us how we are to live.

How might Jesus be calling us to live out “primitive Christianity revised”? How might the Spirit be upon us to re-think some of the old assumptions that were born of another era? Where are we now? How are we called to faithfully re-mix the gospel for our own era and cultural context? What does the love, mercy and justice of Jesus look like today, in twenty-first century America?