“…the work of each builder will become visible, for the Day will disclose it, becasue it will be revealed with fire, and the fire will test what sort of work each has done. If what has been built upon the foundation survives, the builder will receive a reward. If the work is burned up, the builder will suffer a loss; the builder will be saved, but only as through fire.” – 1 Corinthians 3:13-15

In late 2009, my wife Faith and I invited Friends in the DC area to join us for dinner and worship at the William Penn House. From the beginning of 2010 onward, we gathered under the name of Capitol Hill Friends. This was both a natural and a supernatural process for us. It was natural in that it made sense for us to start a new, Christian worship group in a city where no clearly Christ-centered Quaker Meeting existed. As isolated Quaker Christians, we felt the need for such a group. 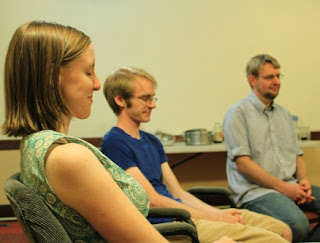 The decision to start this group was supernatural in the sense that its impetus went far beyond simply fulfilling our own needs. Shortly after Faith and I got married, we began attending Rockingham Meeting in Harrisonburg, Virginia. It is about two and a half hours away, so we are only able to attend once a month. Nevertheless, Rockingham met our need for a church home. We did not have to start Capitol Hill Friends in order to be a part of a Quaker Christian community.
We started Capitol Hill Friends because we sensed that this was what the Lord was asking of us. While it would have been easier in many ways to simply attend Rockingham Meeting each month and leave it at that, God was asking us to go a step further. As we began to gather regularly and articulate a vision for a new Quaker Christian Meeting in the DC area, we felt inward confirmation that we were doing what was required of us. Perhaps even more significantly, whenever we contemplated leaving Washington or discontinuing the group, we had a clear sense that this would be unfaithful. 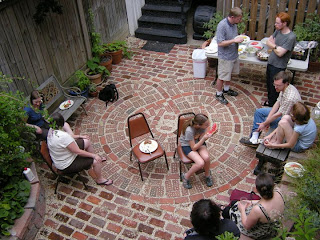 Over the course of the last couple of years, the group has changed a lot. It went from being a tiny group of seekers to, in the fall of 2010, being a very lively gathering of fifteen to twenty Quakers from around the region. Things felt like they were developing very rapidly. Yet, despite a relatively high attendance and very powerful worship at our gatherings, Capitol Hill Friends was ungrounded. While the visible part of the plant was growing very quickly, there was almost no root structure.
This all became clear in the first months of 2011 when our attendance crashed. At the same time, we lost about half of the members of our leadership team – folks who were committed to overseeing the CHF church plant. Within just a few months, we went from being a group with apparently rocketing growth and vitality to being back almost at square one. This was a really dark time for me, personally. It felt like everything we had done thus far had been a waste. 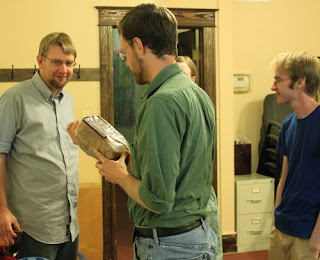 Eventually, however, I was able to see more clearly what had taken place. I realized that the explosion of activity in the fall of 2010 had been just a first phase in our development as a church community. Lots of local Quakers who were interested in Christ-centered worship came in and gave it a shot. And Jesus showed up, as he promised he would. But our worship gatherings were more like special events than like the regular meetings of a church. Capitol Hill Friends felt more like a worship opportunity than a worship group. The fact that we met only two Wednesday nights a month added to this feeling.
We had a lot of really great people come and worship with us at our Wednesday night gatherings, and Christ was present in our midst. However, following the winter holidays, very few of those folks were coming anymore. For whatever reason, Capitol Hill Friends had ceased to be a hot event for area Quakers. It was at this point that we – the remnant of the leadership team – decided to move our meetings to Sunday nights. We would meet more regularly, and on the day that most people associate with gathering as a church. 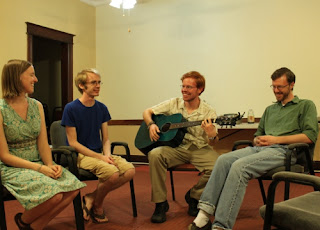 This made a difference. Our attendance did not increase dramatically when we started our Sunday night gatherings; however, the group steadied. We soon developed a regular attendance of about half a dozen folks who showed up faithfully each week. While this was a much smaller number than what we had experienced in the fall of 2010, the character of the group was vastly changed. There were fewer people, but those who did come were regulars. Rather than being an event, Capitol Hill Friends began to transform into a bonded community.
As things stand now, we are still a small group. If CHF were a sapling tree, we would perhaps only see a thin, tender stalk and a few leaves showing above the surface. Yet, we are experiencing a lot of development below ground. As we gather regularly in the name of Jesus, he sends his Holy Spirit to strengthen us and bond us together as a community. As we become friends of Jesus, we discover that he has made us friends of one another. 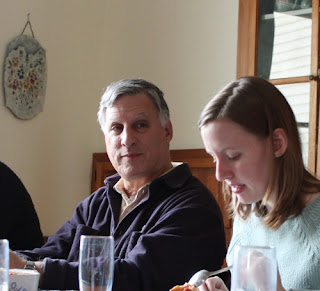 This entire process has been very humbling for me, personally. In my naïveté and enthusiasm, I expected things to develop a lot faster than this. This was an easy trap for me to fall into, since many of the spiritual ancestors I look up to were men whose ministry was associated with explosive numerical growth in the Church.(1) I see now more clearly than ever that all of these periods of meteoric growth were grounded in a deep root structure that the Holy Spirit had prepared long in advance. The development of the Church is not something that we can measure in months and years, but rather in decades, generations and centuries.
I give thanks to God for the way that the Holy Spirit has guided us. We are still in the earliest stages of this new life that is being revealed to us as a church. Because so much of our growth is happening under the surface, it is impossible to understand yet what is really happening. Yet we do witness positive change in our life as a community. We are growing in our walk with Christ; in our relationships to one another in him; and in our understanding of what God’s call is for us as a community. 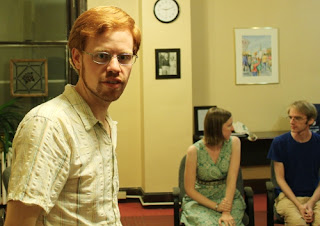 Throughout this whole process, we have been blessed by visitors whom God has sent us to encourage us at the right time. We are thankful for visiting ministers who have come and lent us encouragement, guidance and spiritual nurture. We are also aware of the many brothers and sisters who lift us up in prayer. This hidden service of spiritual support is incredibly valuable. Thank you!
Please continue to pray for us. This hidden travail of growing roots is painful work, and we can easily become discouraged if we look only at the plant we see on the surface. May God teach us to take heart in the process of growing, knowing that the Spirit blesses and is present with the Church in all stages of development. May we live into the plan that God has for us at this time, trusting Christ to guide us steadily forward as we seek to live as his disciples.
–
1. Paul and George Fox, for example.