Now when the apostles at Jerusalem heard that Samaria had accepted the word of God, they sent Peter and John to them. The two went down and prayed for them that they might receive the Holy Spirit (for as yet the Spirit had not come upon any of them; they had only been baptized in the name of the Lord Jesus). Then Peter and John laid their hands on them, and they received the Holy Spirit. – Acts 8:14-17

Have you received the Holy Spirit? 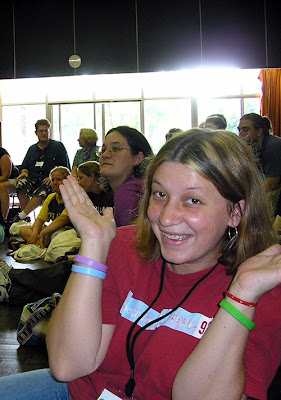 The Book of Acts describes how the first disciples in Jerusalem experienced the coming of the Spirit, and this outpouring quickly spread to thousands of others. It was not long before the Church in Jerusalem was scattered by persecution, but this just spread the gospel message more widely.

One of these scattered disciples, Philip, shared the good news in Samaria. The Samaritans were the red-headed stepchildren of the Jewish family. They were outsiders par excellence, widely considered untouchable heretics by their Jewish neighbors. Yet, perhaps because of their shunned status, Samaritans were eager to embrace the news about Jesus. They heard the message and accepted it.

The new believers in Samaria took the first step, being baptized with water as a symbol of their whole-hearted embrace of the message that Philip had shared with them. But there was still something missing. The leaders of the Church in Jerusalem knew in their bones that the people of Samaria needed more than human belief in the message about Jesus: They needed to experience Jesus for themselves. They needed to taste his very Spirit. 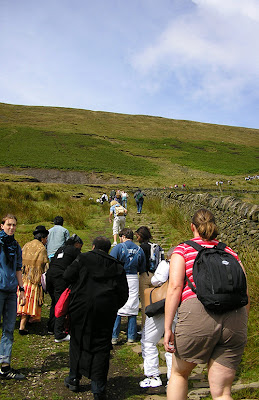 What does that even mean? Why weren’t the apostles satisfied with the fact that the Samaritans had become “orthodox Christians”? What compelled some of the apostles in Jerusalem to venture out to Samaria and lay their hands on the new believers? And why did the Holy Spirit wait for the apostles’ touch before indwelling the new church? If the Spirit blows where it will, what need is there of human intervention?

There is a reason that our spiritual ancestors used such rich, diverse language to describe the Spirit: A dove descending from the sky, rushing wind, tongues of fire, living water, the sound of silence. All of these words offer a window into the mystery of the Holy Spirit, the source of a Life and Power so magnificent that our faith is incomplete until we receive it.

It is my experience that the Spirit is beautifully mysterious and unpredictable. Any attempt to pin her down and force her to obey human regulations will fail. And yet, this story of human involvement in the work of the Holy Spirit rings true to me. It fits with my own experience of receiving the Holy Spirit into my life. 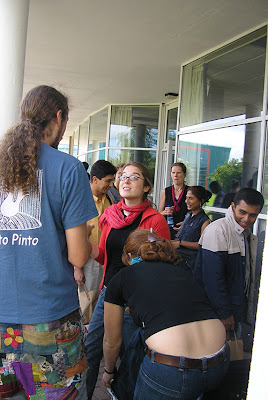 When I first became a Quaker in 2004, I did so because I was convinced at a very deep level, far beyond simple intellectual assent, that the testimonies of Friends were true. I could sense that there was a ground of truth that was solid and immovable. I sensed that God was real, and that my life needed to conform to that Truth. Yet, there was something missing. While I had begun to accept Friends principles and could sense God’s hidden presence, I did not experience God as an actor in my life. In reality, I was still in the driver’s seat. I was “exploring God,” like the famous old blind men who could each feel a different part of the elephant.

But when the Holy Spirit came on me, it was as if that elephant reached out and grabbed me with her trunk! No longer was God an object of my personal study; I came face-to-face with a divine Presence and Personality that had plans for me, and who would guide me if I opened myself. I was shown, in a deeply personal way that can never be fully explained, that God is not an “it,” but rather a “thou.” 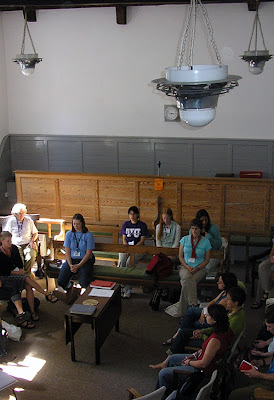 And how did I come to have this experience? What was the catalyst for this encounter with the divine Thou? While for me there was not a literal laying on of hands, the circumstances surrounding my reception of the Holy Spirit bore great similarities to the experience of the Samaritan church.

I was at the World Gathering of Young Friends, in Lancaster, England, together with hundreds of other young Quakers from around the world. During the gathering, we heard sermons from a variety of ministers. One of these, a fiery preacher from Philadelphia, challenged us to know who we were and to accept the mantle of prophecy that the Spirit was calling us into. Early on in her sermon she warned us, “you didn’t ask me, but I’m about to give you a double portion of what I have.” At one point – referencing the words of Jesus in John 15 – the minister exclaimed, “you’re cleansed!” She spontaneously grabbed a container of water that was sitting up at the podium and began sprinkling those of us sitting closer to the front.

The sermon was riveting. It was the most explosive, powerful vocal ministry I had ever encountered. She spoke directly to our condition that evening, and the Spirit was palpably present in the room – though I was not consciously aware of it at the time. 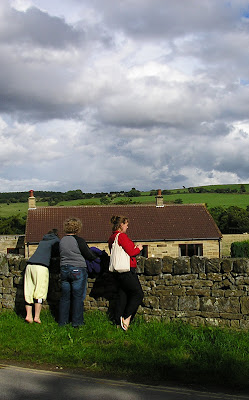 It was later in the evening that it happened. I was sitting on a bench with another young Quaker, and we spontaneously fell into silent worship together. Suddenly, the Holy Spirit was upon us, bathing us with wave upon wave of light, power, love and tender mercy. There simply are no words. But every true word I have spoken since that night has flowed from this Source.

I am convinced that the presence of apostolic authority and blessing that night were instrumental in the work of the Holy Spirit. The faithfulness of this minister from Philadelphia played the same role for me as Peter and John did for the new believers in Samaria. It is enough to make me wonder whether we Quakers should put more emphasis on the importance of human participation in the gift of the Holy Spirit.

Has this happened to you? Has someone laid hands on you – literally or figuratively? Have you received a blessing from another person that has allowed you to plunge far deeper into relationship with God than you ever had before? What do you think the role of human agency is in the ministry of the Holy Spirit? Could it be that we Quakers need to be more open to sharing the gift of the Spirit by the laying on of hands?