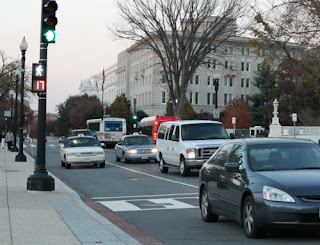 When the earthquake struck Washington, DC, I was sitting at my desk on the fourth floor of the William Penn House. I had been working on that day’s blog post, and I was concentrated, in the midst of editing.
At first, I did not consciously notice the tremors. Our house regularly vibrates from the passing city buses and other large vehicles. The quake soon captured my attention, however, as the light hum transformed into shaking, and then into a violent rattle. Objects began to fall off shelves, and I could feel the four-story building twisting and straining underneath me. 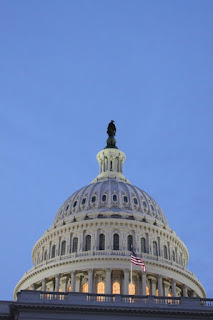 My first reaction upon becoming aware of this strange and terrifying motion was: “Oh, God. We’re going to die.” We do not expect earthquakes in Washington. What we do expect are terrorist attacks. Irrationally, my mind flew to the possibility of an atomic blast.(1) Was this how my life was going to end?
Not sure what was happening, but still assuming a terrorist attack that threatened to end my life and the lives of many of those I love, my next reaction was to turn my mind and heart to God in prayer. I breathed deeply, drawing my attention to the presence of God in my heart. I asked God, “Is this it?” I opened myself to God and sought to be ready to face death. 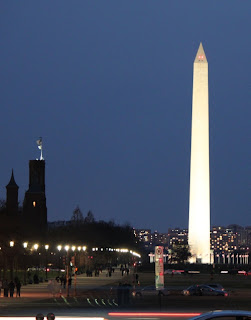 I wondered what it would be like to have the building topple over, to be crushed by a collapsed wall or ceiling. I wondered whether it was going to hurt, and for how long. I wondered what dying itself would be like. To my surprise, I did not feel particularly frightened of dying per se – though I must confess that I was not looking forward to the pain. By instinct, I clung to life and looked for a way to safety; but I also felt an inward sense of calm, coupled with a strange sense of wonder. “Could this really be it?”
All of these reactions took place over the span of about ten seconds. By the end of this time, I had realized that what we were almost certainly dealing with was an earthquake. I had experienced quakes before, both in Mexico and in Indiana, though neither of those had been of this magnitude. I did not really know how to react to an earthquake, so I did what we Kansans are taught to do in the event of a tornado: I moved to the center of the building and took care to avoid windows that could shatter and injure me. 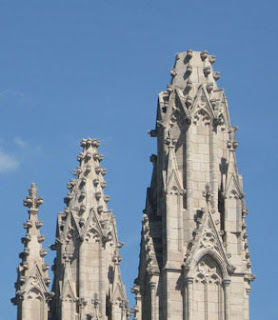 A few seconds more, and I was making my way downstairs. The earthquake was subsiding, and I rushed to find my wife, Faith. She had taken very good care of herself without me. She had gotten out of the building immediately when she felt the quake, directing guests at the William Penn House to do the same.
About a minute after the trembling started, all I could think of was how grateful I was that everyone was alright. It was just an earthquake and – despite the damage to buildings around the city, and even some minor damage to the interior walls of our house – no one was injured. What a blessing! Compared with the kind of event that we had suspected at first, an earthquake sounded mighty fine. 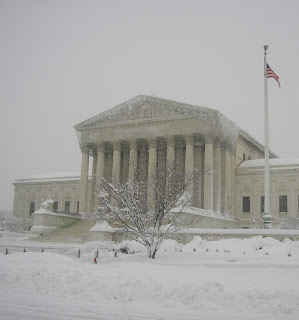 Things here have gotten back to normal very quickly. The earthquake gives us something to talk about besides the weather and politics. The event is already fading into icon status – like the “snowpocalypse” of 2009 that shut things down in DC for days. It is a shared reference point for folks here, and many years from now, I am sure that we will still ask the question, “What were you doing when the earthquake hit?”
This is all well and good. We need memorable events to reminisce about and to give us something other than Capitol Hill politics to talk about. And yet, I feel that this experience was something more than just an anomalous seismic event. I feel that it revealed something profound about the nature of life here in the US capital. 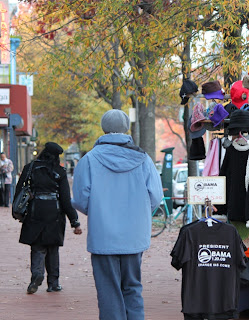 In the Bible, the Greek word for “revelation” is apocalypsis. Revelation is a good translation for this word, because apocalypsis refers to the revealing of hidden realities – unmasking the hidden nature of the world we live in. In the apocalyptic Book of Revelation, God reveals the hidden realities of life in the Roman Empire. Caesar claimed to offer peace and security, but God reveals how human empire rests on greed, exploitation and violence. God’s act of revelation – of apocalypse – is to reveal the deep truth that lies behind life as we know it. 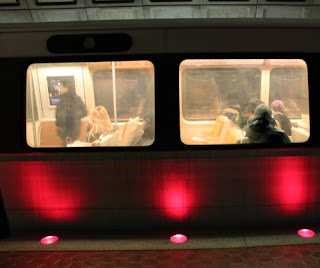 I experienced the recent earthquake here in DC as an apocalyptic event. It literally shook me out of my ordinary consciousness and forced me to face an urgent question that is easy to ignore: “Am I ready to die?” Perhaps more importantly, it revealed the reality that life here in Washington is contingent. That is to say, we cannot take for granted that we will be here tomorrow. 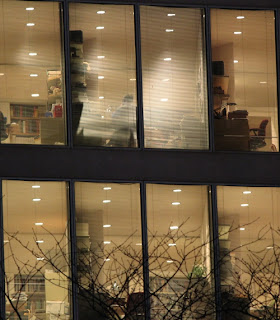 The earthquake revealed our state of mind as residents of this city. Everyone I spoke with here said that their first thought during the earthquake was that we were expriencing a massive terrorist attack. The idea that this might have been an earthquake came only later, after more reasonable possibilities had been ruled out. This event was apocalyptic, in the sense that it revealed the deep fear of violence we in this city live under.
What does this mean for us, in practical terms? In the biblical tradition, of course, the purpose of apocalypse is not to destroy us. Instead, apocalypse gives us a chance to see things for how they really are and to change our way of living and thinking. I believe that the unprecidented seismic event we experienced this Tuesday provides us with just such a opportunity for change. 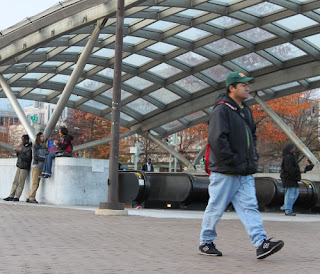 I pray that we will take heed of this revelation – this apocalypse of the earthquake. We have been provided with an opening to examine ourselves as a society. Now is the time to ask ourselves hard questions. Why do we live in such fear? Is it inevitable, or are there things we could do differently that would reduce this fear? Are we, the residents of Washington, DC, ready to die? What would we be dying for?
What are we living for?
–
1. It was irrational, of course, because there had been no flash; not to mention that the shockwave from a nuclear detonation would presumably have leveled Capitol Hill before I had time to reflect on it.