Reality, in fact, is usually something you could not have guessed. That is one of the reasons I believe Christianity. It is a religion you could not have guessed. If it offered us just the kind of universe we had always expected, I should feel we were making it up. But, in fact, it is not the sort of thing anyone would have made up. It has just that queer twist about it that real things have. So let us leave behind all these [children’s] philosophies – these over simple answers. The problem is not simple and the answer is not going to be simple either.  – C.S. Lewis

I recently came across an interesting video out of Cambridge, England, in which four men – two atheists and two Christian apologists – debated whether belief in God was delusional. Some of the debaters points were more convincing than others, but I actually found that I had more to learn from the atheists’ arguments than from that of the Christians. 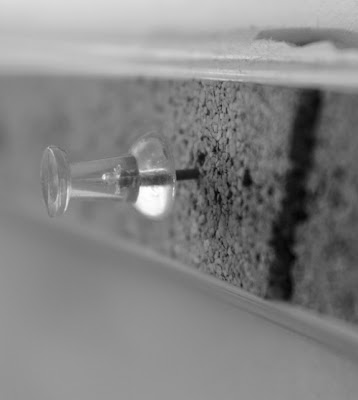 In particular, I was struck by an argument made by one of the atheist apologists, that God is clearly a delusion because the human conception of God is precisely what one would expect from humans. He argues that one, “reason why we should consider gods to be delusions is that there is nothing particularly surprising about them. …But, in fact, gods tend to be suspiciously like us.” He cites the ancient philosopher Xenophenes, who said, “If cattle and lions and horses had hands and could paint… horses would depict their gods as horses, and cattle would depict their gods as cattle, and lions would depict their gods as lions.” “Our gods,” he concludes, “reflect our prejudices and our environments… gods are a delusion rather than a reality. We make them in our own image.”

I could not help but confess that this atheist philosopher had hit the nail on the head. The gods that most of us believe in most of the time are a delusion, a fantasy that we create in order to provide our lives with a coherent framework that our minds can accept. We want simple answers – definite rules and order – and we are eager to fit God into logical paradigms and human categories that will render our lives orderly, reasonable. 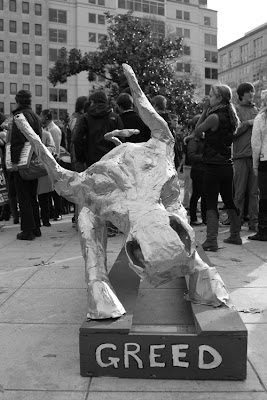 This is a constant theme throughout the Hebrew Scriptures. God appears to the people in incomprehensible glory. When God spoke to Moses on Mount Sinai, he never even directly saw God; yet his face was so transformed by the experience that he had to cover his face with a veil, because the people refused to come anywhere near him while he was glowing with the radiance of this overpowering God.(1) Just like the ancient Hebrews, we normally prefer to keep the mystery and power of God veiled away and hidden. It is too awesome and terrifying for us. We do not really want the upheaval – even terror – that would come if we received God as he truly is.

Instead, we prefer to fashion domesticated gods, deities who are a bit more down-to-earth. We want a god that we can fit into our lives and worldview. Our spiritual ancestors accomplished this by making a golden calf, a god of wealth and fertility who would fit neatly into their mentality as nomadic herders. Today, we have so many ways to make a neat and tidy god that fits within the bounds of our human understanding. For those who fear chaos, God becomes a wrathful rule-giver, while those of us who have been wounded by doctrinaire religion imagine God as a fawning parent who never disciplines us. The rich and powerful envision God as one who blesses the status quo, while the poor and oppressed are encouraged to worship a god of wealth and security, who will bring them prosperity if they have faith. 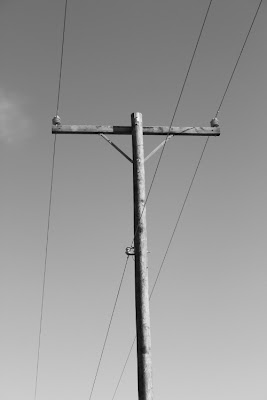 I confess that I have created false gods to justify my own worldview and selfish behaviors. I have bowed down before images of my own creation, images of God that strengthen my own self-righteousness and condemn those things that I find threatening. When atheists accuse Christians of being deluded, of creating God in our own image, I stand convicted.

However, I know that my feeble images of God are not all there is. Despite my human weakness and refusal to receive the Truth, the Truth is alive and active in the world. My purpose as a follower of Jesus is to surrender myself more each day to the Reality that overwhelms my narrow little truth claims and brings me further into line with the love, life and power of God. I find strength for this journey in the person of Jesus Christ, who stands in stark contrast to all the false gods of the world. He is nothing like what we expected God to be, yet he stands at the door and knocks, inviting us into the power and unspeakable mystery that brings life and wholeness.