One thing I noticed while traveling among Quakers in Kenya and Rwanda was how frequently Friends there prayed. There were prayers of thanksgiving when we arrived to be with a group of Friends. We prayed before sharing meals. There were 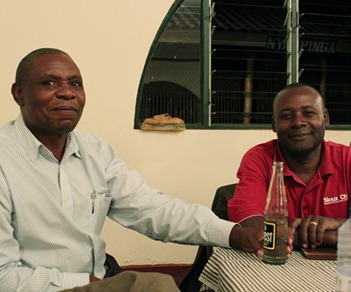 songs and worship services awaiting us most places we went, and Friends often offered prayers of blessing as we went on our way.

I will be honest in saying that the prayer did not always feel alive to me. Sometimes, it felt as though Friends were just saying words. At worst, there were times when so-called “prayers” turned into short sermons on one subject or another. There was a lot of preaching and praising. I confess that at times I longed for the silent, receptive prayer that allows for God’s Spirit to come and fill us, providing the words for vocal prayer.

But we did pray. On a regular basis while visiting Friends in Kenya and Rwanda, God was explicitly invited into our midst. We affirmed our love for and trust in Jesus Christ. We addressed the Spirit and called upon it for guidance. When we were together with our African 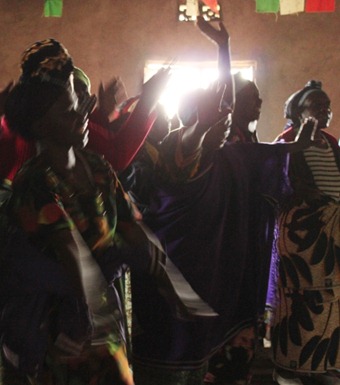 brothers and sisters, we verbally acknowledged Jesus Christ as an actor, a participant in our conversation, a patient and loving guide to our deliberations.

This level of explicit acknowledgement of God’s role in our life together stood in stark contrast to the way that I have experienced most of my communities in the United States. While perhaps some East African Friends are a bit too eager to fill the silence with words, my experience is that the temptation for many Friends in the United States is to neglect acknowledging God’s presence altogether.

In many of my North American communities, our prayers tend to be based in silent waiting. Vocal prayer emerges, if it does so at all, out of the silence. When it does, there is a sense that the Holy Spirit is actually praying in us and through us. Prayers that emerge this way often feel genuinely Spirit-led, in-breathed and directed by Jesus Christ within us and among us as a community. At its best, 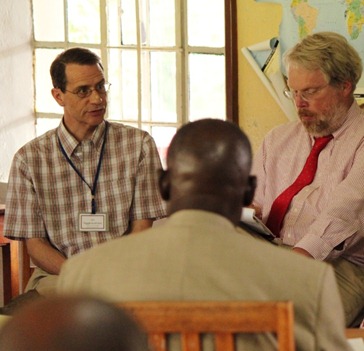 this type of prayer expresses the heart of the silent prayer that we are all sharing as a community. It expresses the sense of the Meeting towards God.

Yet, while I often experience prayers based in silence to be deep and Spirit-led, there are drawbacks to this form of prayer. One disadvantage is that it can be compartmentalized. Because there is not always vocal prayer offered – perhaps not even a majority of the time – it is easy for silent prayer to become individualized prayer.

Without anyone vocally expressing the sense of the gathered group, it becomes easier for us to conceive of our prayer as being many individual prayers offered up to the Lord, rather than being the gathered prayer of the entire group. This problem becomes most apparent in groups where prayer at meals is left to personal initiative. Frequently in Quaker (and other Christian) gatherings and events, prayer takes the form of each 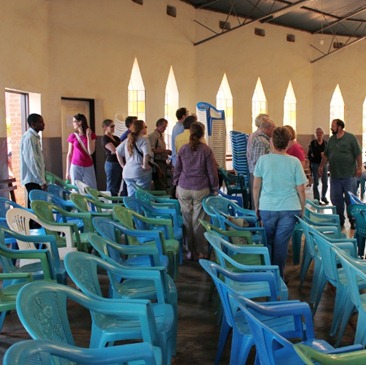 individual (or sometimes small groups at one end of a table) taking time out to pray silently.

Clearly, this is better than no prayer at all, but the corporate aspect is lost. In extreme cases, silent prayer can degenerate into “moments of silence.” Rather than being an opportunity for expressing thanksgiving to our Creator, the silence becomes merely a time of meditation, reflection, or “centering down.” Vocal prayer would seem inappropriate, emerging from such a moment of silence.

Why is corporate prayer so hard for us? I have a few ideas:

Are there other reasons that genuine, unguarded prayer is so tough for us? What can we do as Christian communities to break out of our fear of looking silly, offending others and making ourselves vulnerable? What stands between our present condition and a life of child-like trust expressed in unfeigned love and simple prayer?